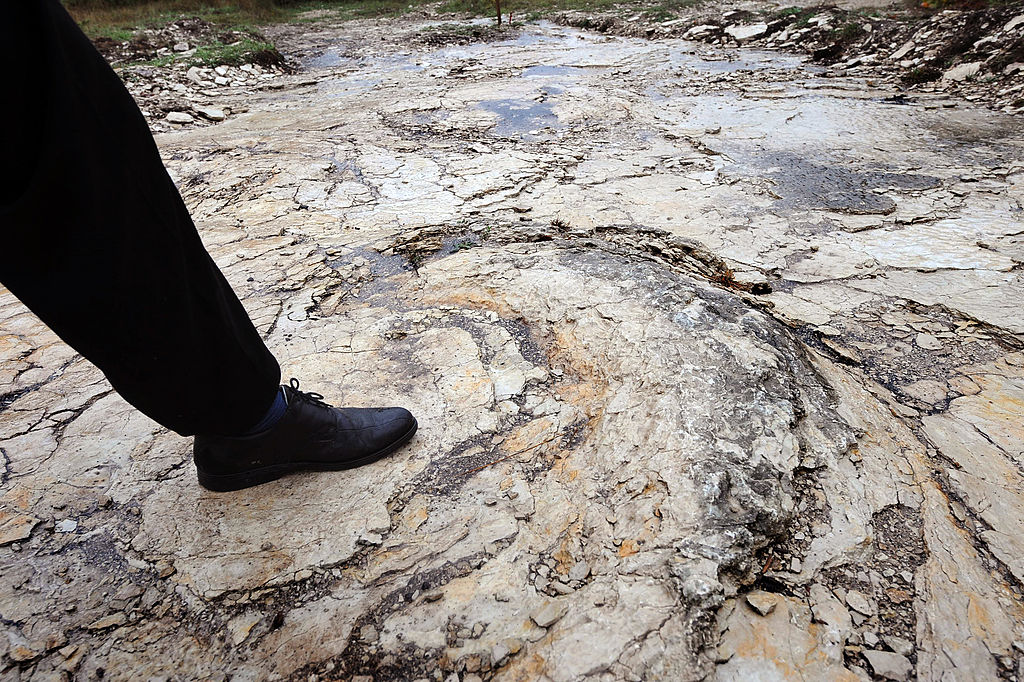 A man walks past dinosaur footprints on October 8, 2009 in Plagne near the southeastern city of Lyon. French researchers said they had uncovered the biggest dinosaur footprints in the world, left by giant sauropods that may have weighed 40 tonnes or more. An extraordinary track of footprints was found in April this year in the Jura plateau at Plagne by a pair of amateur fossil-hunters, the National Centre for Scientific Research (CNRS) said in a press release. AFP PHOTO PHILIPPE MERLE (Photo credit should read PHILIPPE MERLE/AFP via Getty Images)

North and South America were the final continents to be inhabited by humans, fossilized footprints show.  Although CNN said, some archaeologists disagree over when this happened.

People came to North America from Asia approximately 13,000 to 16,000 years ago, according to popular belief, through Beringia. This land bridge formerly linked the two continents. However, more recent – and some disputed – evidence suggests that people may have arrived in North America earlier. 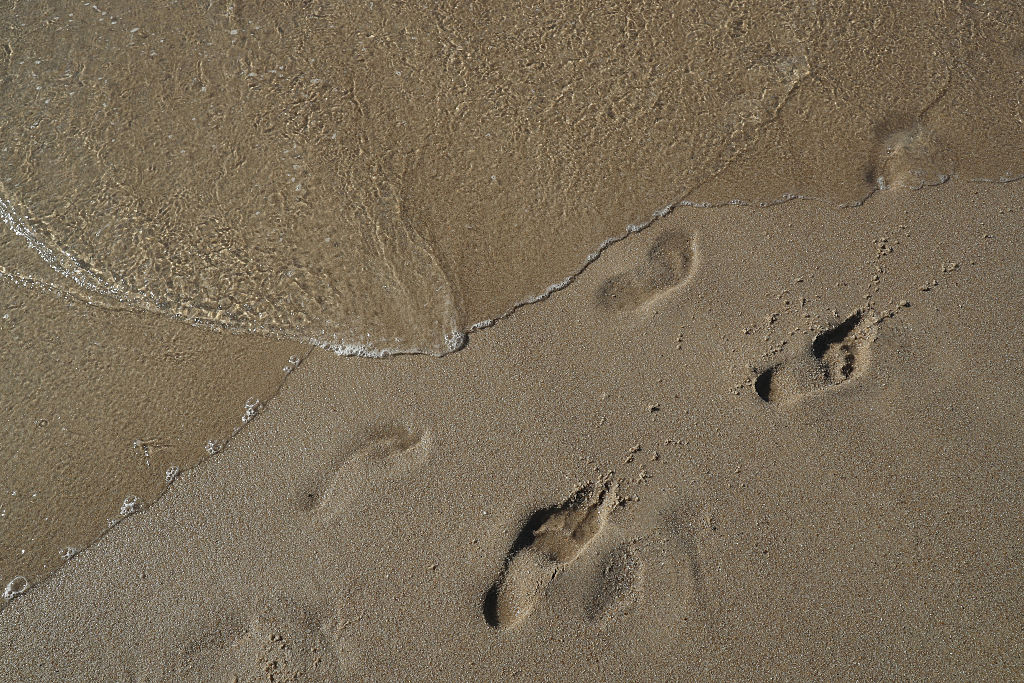 WENNINGSTEDT, GERMANY – JULY 19: Incoming waves wash away footprints left by visitors in the sand along a beach on Sylt Island on July 19, 2016 near Wenningstedt, Germany. Sylt Island, with its long stretches of sand beaches and its protected dune landscapes, is among the most popular holiday destinations, especially for wealthy visitors, along Germany’s North Sea coast. Many Germans, unsettled by the recent terror attacks in countries like France and Turkey, are choosing to vacation in Germany this summer. (Photo by Sean Gallup/Getty Images)

NBC News said researchers examining fossilized human footprints in New Mexico claim to have discovered the earliest unmistakable evidence that humans were in North America from 21,000 to 23,000 years ago.

Matthew Bennett, a professor at Bournemouth University who specializes in ancient footprints and is the author of a study on the new findings that was published in the journal Science on Thursday, said that the peopling of the Americas has been a contentious topic for many years, with many archeologists holding views with almost religious zeal.

He went on to say that one of the issues is the scarcity of data points.

Bennett and his colleagues were able to precisely date 61 footprints using radiocarbon dating layers of preserved aquatic plant seeds above and below them. The prints, discovered in White Sands National Park‘s Tularosa Basin, were created between 21,000 and 23,000 years ago, according to the experts.

Bennett believes that the date and position of the prints in southwestern North America indicate that people arrived on the continent considerably earlier than previously believed. At the time of the previous Ice Age, the individuals who left the footprints — mainly adolescents and children — were living in New Mexico.

Two enormous ice sheets blanketed the northern third of the continent between 19,000 and 26,000 years ago, a period known as the Last Glacial Maximum. They extended as far south as New York City, Cincinnati, and Des Moines, Iowa. Because a trip between Asia and Alaska would have been difficult due to the ice and freezing weather at the time, the individuals who left footprints most likely came much earlier.

According to Bennett, it’s the first undeniable site and a solid data point that puts humans in the American southwest during the last glacial maximum. Bennett said that’s the critical point because it enables you to see the older, more contentious sites in a new light.

Chiquihuite Cave in Zacatecas, central Mexico, is one such location, where flaked stone tools fashioned by people dating back to 30,000 years ago have been discovered.

CNN said the footprints were most likely created on soft ground near a wetland’s edge. Bennett believes that the wind swept dust over the surface, causing the impressions to smear.

Hunter-gatherers, he argued, would have taken far more steps per day than 10,000, implying that at least a few footprints would have survived in the fossil record.

The footprints’ size indicated that they were created by youngsters aged 9 to 14 years old, which is consistent with other fossilized footprint locations. Mammoth tracks, huge ground sloth tracks, dire wolf tracks, and bird tracks have all been discovered at the site.

According to the research, one explanation for this is division of labor, in which adults are engaged in skilled activities while fetching and carrying are assigned to adolescents.

Children accompany adolescents, and as a group, they leave a greater number of footprints, which are more likely to be preserved in the fossil record.

RELATED ARTICLE: López Obradors Ethical Guide To Get Mexico Out Of Degradation