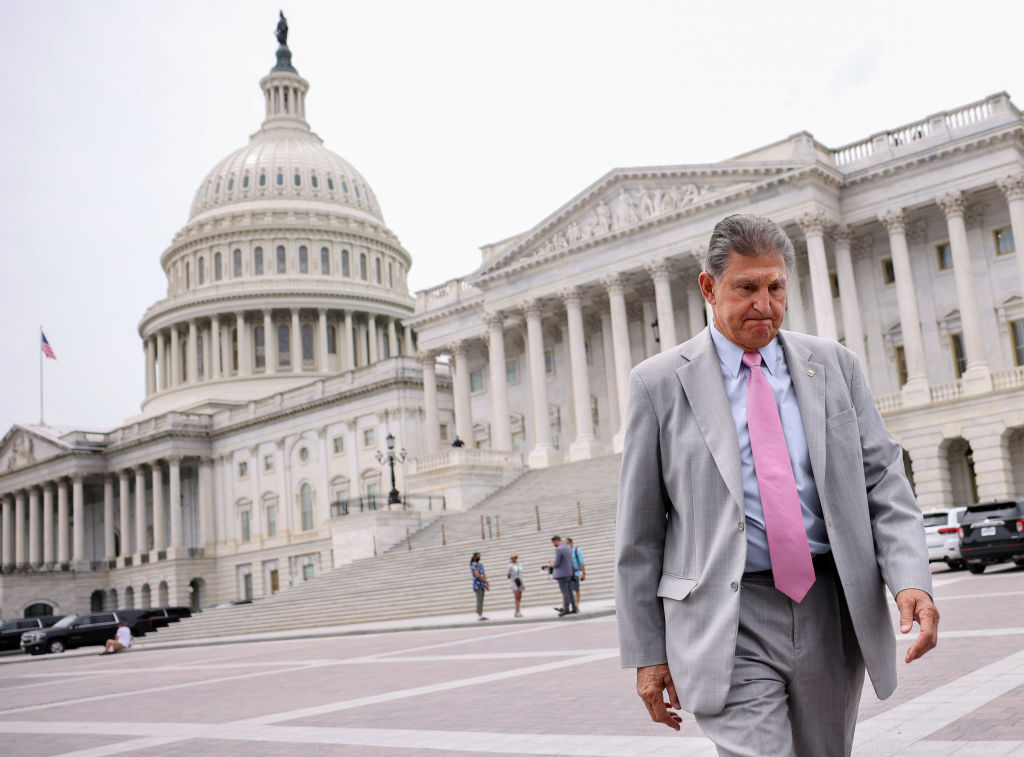 WASHINGTON, DC - AUGUST 03: Sen. Joe Manchin (D-WV) leaves the U.S. Capitol following a vote on August 03, 2021 in Washington, DC. The Senate has moved on to the amendments process this week for the legislative text of the $1 trillion infrastructure bill, which aims to fund improvements to roads, bridges, dams, climate resiliency and broadband internet. (Photo by Kevin Dietsch/Getty Images)

Sen. Joe Manchin, a Democrat from West Virginia, said that the $3.5 trillion economic package for the nation’s social safety net is too high. He added that “there’s no way” Congress can approve it by the deadline set by House Speaker Nancy Pelosi.

Manchin’s position highlights the difficulty Democratic leaders have in passing President Joe Biden’s and his supporters’ massive spending package through a closely split Congress. And he’s not the only Democrat who has concerns, which may jeopardize the bill’s chances of passing with just Democratic votes.

In a statement obtained by Axios (via Yahoo! News), Democratic Sen. Mark Warner osaid that he thinks the budget plan “falls short” on housing assistance funds.

He emphasized that they are responsible for utilizing this historic investment to solve long-standing power and opportunity disparities that have left Black families with a net worth one-tenth that of white families.

Democrats need every vote in their caucus to pass the measure along party lines, and some moderates have raised red flags, including Manchin and Arizona Senator Kyrsten Sinema, who have said they oppose spending $3.5 trillion.

Unlike the Covid stimulus proposals mentioned by Manchin, which were more rapid financial infusions, the spending package spreads out the money over ten years. 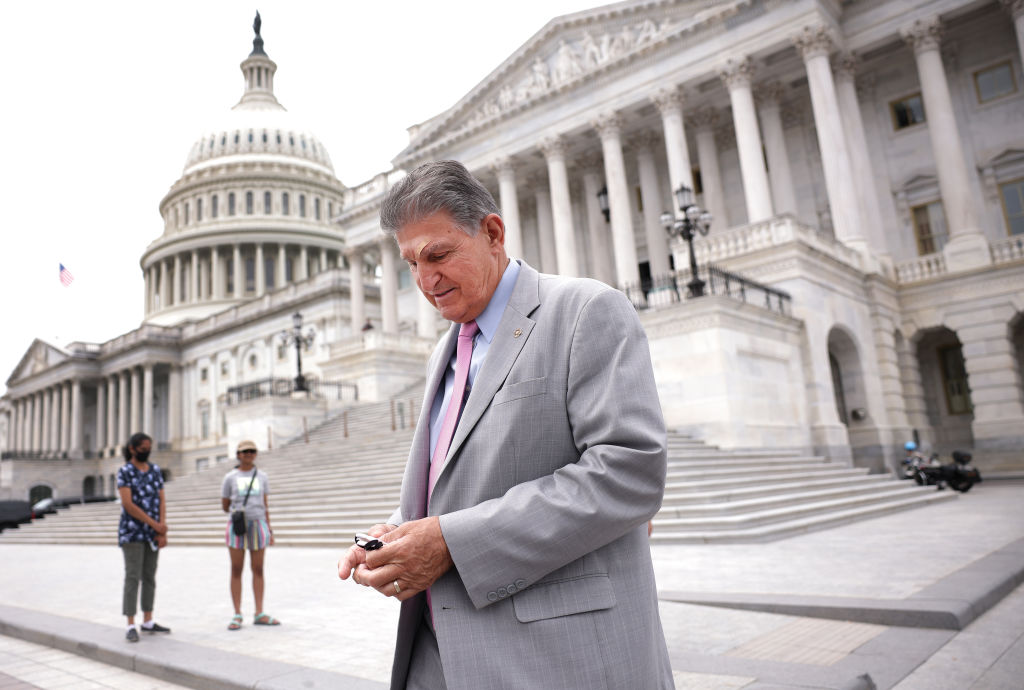 WASHINGTON, DC – AUGUST 03: Sen. Joe Manchin (D-WV) leaves the U.S. Capitol following a vote on August 03, 2021 in Washington, DC. The Senate has moved on to the amendments process this week for the legislative text of the $1 trillion infrastructure bill, which aims to fund improvements to roads, bridges, dams, climate resiliency and broadband internet. (Photo by Kevin Dietsch/Getty Images)

Manchin said he wants to delay down the timetable, as he proposed in a Wall Street Journal op-ed earlier this month. He wants to evaluate where payments for the Covid-19 stimulus package are going and determine which regions to prioritize for social safety-net expansion.

When asked whether he would be prepared to give the bill additional time for review, the Budget Chairman stated a “few days here and there” wouldn’t make a difference and that there is a “feeling of urgency.”

Last month, Pelosi gave down to moderate Democrats and promised to schedule a vote on the infrastructure package by September 27. However, CNN said that if the reconciliation plan fails to pass the Senate before then, it’s uncertain if they’ll be able to approve the infrastructure measure and send it to Biden’s desk.

How to pay for the bill

When asked how he would pay for the economic bill by Bash, Manchin said he want to increase the taxes on businesses. He explained that he want the rich to pay their fair share.

The senator also said that he wants to see the bipartisan infrastructure measure enacted as soon as possible, claiming that legislators must handle the problem immediately since it has been “left untreated for over 30 years.”

Sanders, a Democrat-aligned Independent, told Bash that it would be a “really sad state of affairs” if both the reconciliation and infrastructure bills failed, but he doesn’t think that will happen.