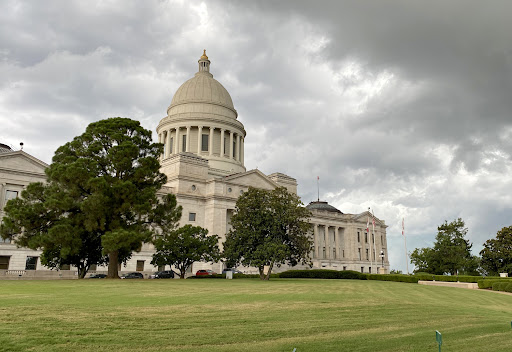 The Arkansas State capitol. The governor has received a new congressional map that divides Pulaski County into three districts. (Photo:

Weeks of redistricting debates and proposals have resulted in a partition of the state’s largest county and city, which many Central Arkansas officials had feared. 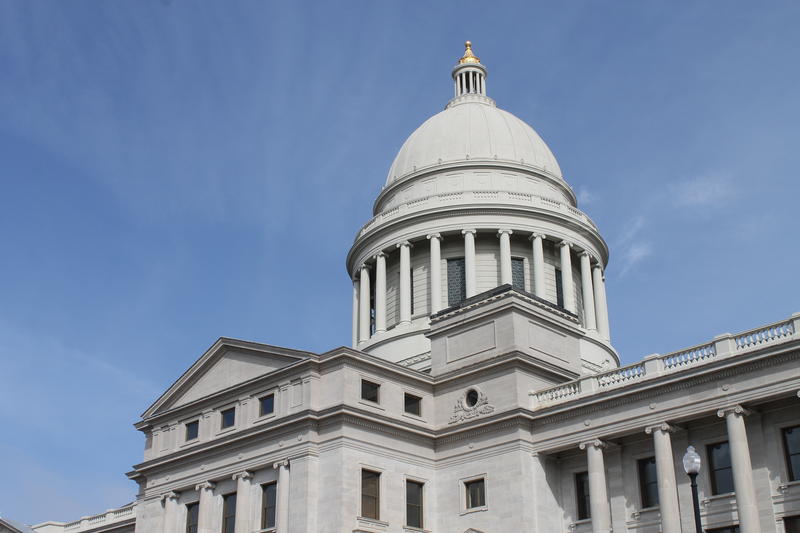 Separating sections of Pulaski County and dividing Little Rock and North Little Rock into separate congressional districts are among the legislation adopted by state lawmakers on Thursday. (Photo: KATV)

Separating sections of Pulaski County and dividing Little Rock and North Little Rock into separate congressional districts are among the legislation adopted by state lawmakers on Thursday. On the other hand, while some Central Arkansas legislators and mayors advocated for a design to preserve Pulaski County, the Republican-controlled General Assembly approved a model that some political leaders say favors GOP incumbents, per Arkansas Democrat-Gazette.

Now Gov. Asa Hutchinson must decide whether to sign the legislation into law, reject them, or allow them to become law without his signature. Meanwhile, North Little Rock Mayor Terry Hartwick said he spoke with Sen. Jane English, R-North Little Rock, last week to express his concerns about the possibility of his city being divided into congressional districts.

It Would Take A Great Skill To Evenly Divide The Population

The General Assembly had already delivered the laws to the governor’s desk when they met on Friday afternoon. According to English, the decision to split North Little Rock and Pulaski County, the sponsor of the Senate redistricting measure, comes down to basic math caused by uneven growth in different sections of the state.

English asserted that it would take a lot of skill to make the population even in all of the districts. Furthermore, some political leaders in Pulaski County have chastised state legislators for drawing a congressional map that separates the county and their communities.

Hill declined to comment on the possibility of dividing Pulaski County into separate congressional districts when questioned about it on Monday, saying, “I’m not going to interfere with what their process is.” Hill said, however, that the Legislature must consider the political as well as the economic repercussions of the boundaries.

The city’s eastern wing, home to a newly minted Amazon fulfillment center and other prospective business development, will be shifted to Crawford’s district. Still, the majority of the city’s population would remain in the 2nd Congressional District. 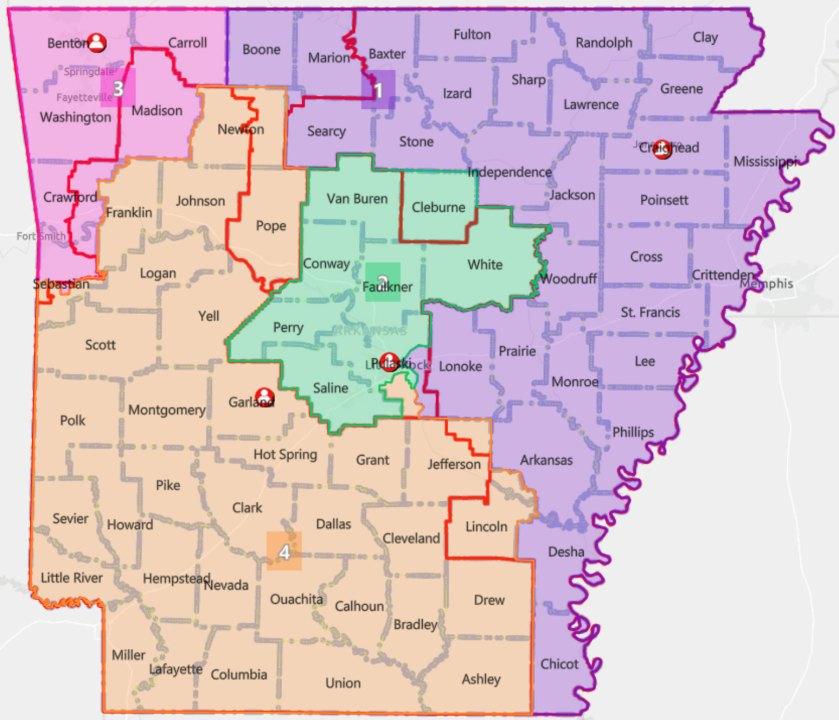 A new map for Arkansas’ four congressional districts, which faces final votes in the state House and Senate on Thursday. (Photo: Arkansas Legislature)

Race Is Disregarded In Creating The Map

When creating the map, state politicians claimed they didn’t consider race. According to U.S. Census data included in the bills, the proposed plan would push roughly 21,000 Black residents out of the 2nd Congressional District. In a statement released Thursday night, Little Rock Mayor Frank Scott slammed the design for splitting Little Rock’s Black and Hispanic neighborhoods into distinct congressional districts.

“I am deeply concerned about the gerrymandering along racial lines happening in our community, which was designed to dilute the voices of the residences of Little Rock,” Scott stated. On the other hand, Judge Barry Hyde of Pulaski County also spoke out against the county’s division map, urging Metroplan, a regional group of municipal governments in Central Arkansas, to vote on a resolution pushing lawmakers not to separate the county.

Tab Townsell, Metroplan’s executive director, claimed in an email that he had lobbied the Legislature on behalf of Central Arkansas officials who do not want the county separated, dropping and emailing packages of information to state legislators and the governor.

However, English said the Legislature couldn’t do much to prevent Pulaski County from being separated because the state’s expansion was focused in Northwest and Central Arkansas.