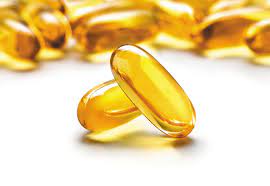 Recently research has been conducted in which it was revealed that Omega 3 is associated with psychotic disorders positively.
A study was conducted by RCSI University of Medicine and Health Science. It was seen that adolescents who had higher levels of Omega 3 in their blood were likely less prone to psychotic disorders in their early adulthood.

So, it was suggested that Omega 3 can potentially reduce the risk of psychosis.
More than 3800 children from Bristol’s Children of age 17 and 24 were assessed for the diseases like depressive disorder, generalized anxiety, and psychotic disorder.

In these people, high levels of Omega 6 were observed rather than Omega 3.
It was also found that the levels of DHA were lower in 24 years age group suffering from psychological disorders. DHA is a type of Omega 3 that is obtained naturally from fishes or through supplements.

This study also revealed that the adolescent of age group 17 who had higher levels of DHA was 56 % less prone to the psychotic disorders in their adulthood.

Other factors like age, sex, the habit of smoking, socioeconomic status, and body mass were also taken into considerations.
The researchers said that the studies have to be replicated and as of now the studies suggest that if intake of Omega 3 is increased during adolescence, then one could prevent themselves from falling prey of psychological disorders in their adulthood.

Hence, it can be considered that Omega 3 is an important element that will help one to stay away from Psychological diseases.