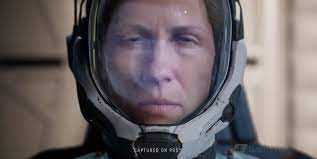 Gamers across the world are facing a problem with Returnal on PS5. Not all gamers are facing, but few gamers are experiencing crashes while playing the game. According to Housemarque, PS5 is the problem, not the game. A spokesperson of the game said, “This is an issue with the platform. We’ve sent our report to [Sony]. Specifically, it has something to do with the pre-start system. We haven’t got a clue what the pre-start system is, but that doesn’t sound good, does it?”

The developer of Returnal Housemarque has taken note of issues with Returnal gameplay. The developers have enlisted all the problems.

Here is the list of problems faced by Returnal–

To fix any database related issue following steps can be followed –

Returnal is a third-party shooter roguelike video game developed by Housemarque and published by Sony Interactive Entertainment. On April 30, 2021, it was released for PS5. Returnal is based on the journey of an astronaut called Selene, who has crash-landed on a Shape-Shifting planet. The gamers have to play through this journey and survive multiple enemies and environments to reach the end successfully. This story will help the gamers learn how to overcome a planet that changes every moment and living. Many gamers are facing Returnal crashing on PS5. It received a positive review.

Post Views: 216
In this article:problems faced by Returnal,PS5 Returnal crashing