The Consumer Financial Protection Bureau (CFPB) has ordered Wells Fargo to pay a $3.7 billion fine for violating consumer financial laws. The bank has been ordered to pay $2 billion in refunds to consumers and a $1.7 billion penalty, according to the CFPB website’s published report on December 20, 2022.

The bank also unlawfully froze over one million customer accounts and misinterpreted fee waivers, leading to customers being unable to access their money for an average of at least two weeks. The bank made deceptive claims about waivers that could be obtained for a monthly fee.

In addition to the $3.7 billion in payments and fines, Wells Fargo must also ensure that auto loan borrowers receive refunds for certain fees and refund any unused portion of GAP contracts to borrowers when the loan is paid off or ended early. The bank must also stop issuing surprise overdraft fees, which have been a recurring issue for customers.

This fine is the most significant penalty Wells Fargo has faced due to sales practices. In 2016, the bank was found to have opened millions of accounts illegally in an effort to meet sales goals.

Wells Fargo is currently under a Federal Reserve order preventing it from growing any larger until ongoing issues are resolved. The order was initially enacted in 2018 and was expected to last only a year or two.

According to the CFPB, Wells Fargo has been working quickly to fix both previous and current issues, and many of the required actions related to the most recent settlement are already substantially complete. The bank is expected to lose approximately $3.5 billion in operating expenses for the three months ending December 31. 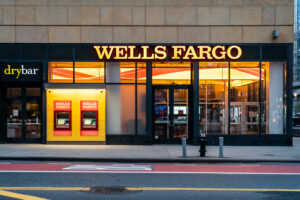