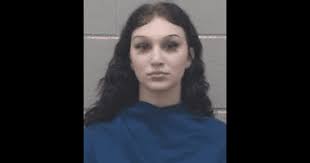 Ex-Hooters Waitress Who Asked A Lower Bond So She Could Pay with OnlyFans Money [Photo: MEAWW]

Ashley Esselborn, a former waitress of Hooters, was charged with murder and asked a court judge to lower her bond so she could pay for it with revenue from her OnlyFans. To date, her bond had already been previously lowered in July from $1 million to $100,000, says Wetzel. Ashley Esselborn, 21, was charged with first-degree murder. Esselborn was reportedly involved in the death of Zachary Wood, 23, on May 20. She allegedly cheered on three other people— her boyfriend William Bell, 28, Payton Collier, 27, and Ronnie Lang, 18— as they beat Wood to death with their fists, feet, and a baseball bat in Wichita Falls, Texas. Collier told police that Esselborn was not involved with the assault of Wood that night. However, according to the affidavit, Esselborn admitted to helping Bell dispose of the bloody items after the attack. Lang pleaded guilty to the murder and landed a 50-year sentence in prison. Collier remained in jail on a $500,000 bond, while Bell was already out on a $200,000 bond, as reported by Colton.

On December 9, Esselborn asked 30th District Judge Jeff McKnight to lower her bond from $100,000 to $50,000. According to her, she has an amount of $8,000 in a locked account raised through her OnlyFans. OnlyFans is an online platform that allows content creators to charge people for viewing exclusive photos and videos via a monthly membership. According to media reports, Esselborn is charging her viewers $12 per month for her content. However, McKnight turned down her request for a much lower bond. Apparently, her current bond of $100,000 has already been previously lowered in July from $1 million to $100,000, according to Land.