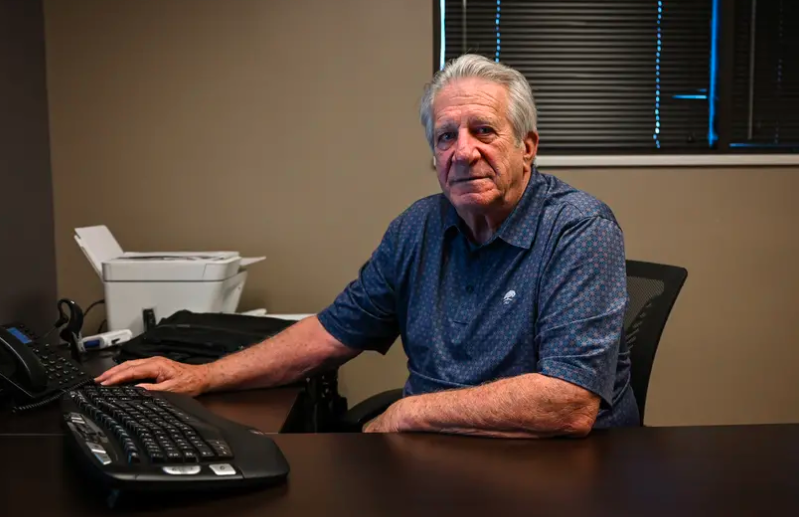 Dr. Alan Braid sits in his office on June 14. (Photo by Kylie Cooper via The Texas Tribune)

A San Antonio court dismissed a case against a Texas abortion practitioner who willfully broke a controversial abortion regulation.

Senate Bill 8 lets anyone sue someone who will aid and abet an abortion after six weeks. On Thursday, Bexar County state District Judge Aaron Haas ruled that persons who have no connection to the banned abortion and have not been affected by it cannot sue.

Dr. Alan Braid sits in his office on June 14. (Photo by Kylie Cooper via The Texas Tribune)

SB 8 became the most stringent abortion law in September 2021. The rule barred abortions after fetal cardiac activity, usually around six weeks of pregnancy, when many women don’t know they’re pregnant.

After six weeks, most state clinics ceased offering abortions. Without a test case, the law’s unique civil enforcement mechanism was hard to dispute. Dr. Alan Braid, a San Antonio doctor who has performed abortions in Texas since 1973, purposely broke the law to attract private litigation.

Braid wrote in an op-ed for The Washington Post that he wanted to make sure Texas does not get away with its bid to keep this clearly illegal law from being tested.

Braid shut down his San Antonio and Tulsa clinics once the regulations took effect.

He says it breaks his heart that Texans still cannot get vital health care in their state. He also aches that providers fear doing their jobs. He claims that though they had to their Texas clinic, he will continue serving patients across the region, giving them the care they deserve in his Illinois and New Mexico clinics.