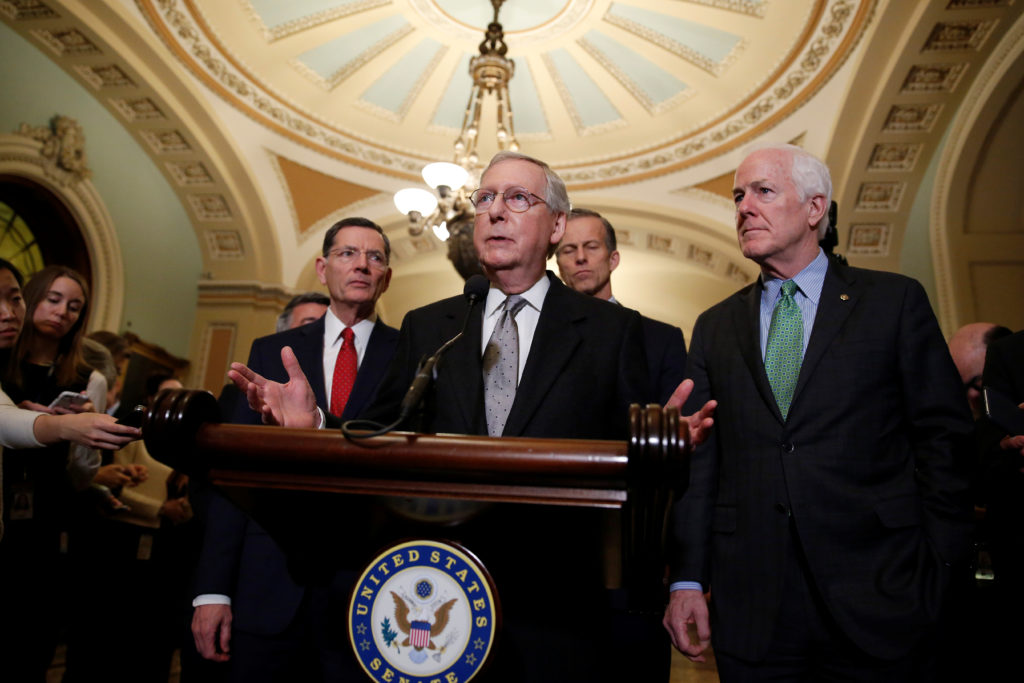 Senate Republican Leader Mitch McConnell has announced that the negotiators are “very close” to getting the year-end omnibus spending bill. McConnell set a deadline on December 22 for getting it done, says Bolton. On December 13, Senate Republican Leader Mitch McConnell told reporters during a Republican conference lunch that the negotiators are “very close to getting an omnibus spending bill.” He set a deadline on December 22 for getting it done. McConnell rejected the plan of the lawmakers to return to Washington after Christmas if the bill would not be passed by December 22. McConnell also stated that the budget for the top-line defense will be shown on the $858 billion National Defense Authorization Act. This act was passed by the House on the first week of December, as reported by Bolton.

What Is An Omnibus Spending Bill?

According to NCSL, the Omnibus Spending Bill, also known as the Omnibus Appropriations Bill, is a $1.5 trillion spending bill allocated to fund the federal government until September 30, the end of the 2022 fiscal year. U.S. President Joe Biden signed the bill on March 15.

The legislation increased the budget for non-defense by 6.7% and the defense by 5.6%. The bill also includes $13.6 billion worth of emergency aid for Ukraine. The provision to cancel some of the funds the states would receive during the Coronavirus pandemic was removed due to a last-minute change.

The legislation also allowed historic investments in the Infrastructure Investment and Jobs Act. However, many of the infrastructure bill’s expenses increased so new programs could not be developed. The omnibus also includes the reinstating of the earmarks which are mostly focused on transportation.