Senate Majority Leader Chuck Schumer, D-N.Y., takes questions as he speaks to reporters after a weekly policy meeting, at the Capitol in Washington, Tuesday, Sept. 21, 2021. Democratic congressional leaders, backed by the White House, have announced they will push ahead with a vote to fund the government and suspend the debt limit, all but daring Republicans to quit opposing the package or risk a fiscal crisis. (Photo: AP)

The United States government may begin missing payments on matters such as military pay and Social Security and potentially run out of funds sometime from October 15 to November 4, as surmised by the Bipartisan Policy Center.

That evaluation was issued on Friday as Congress was arguing whether to lift the US borrowing threshold higher. It displayed a narrower window amid which America could default on its debt if the threshold of the amount that could be borrowed by the government is not increased. 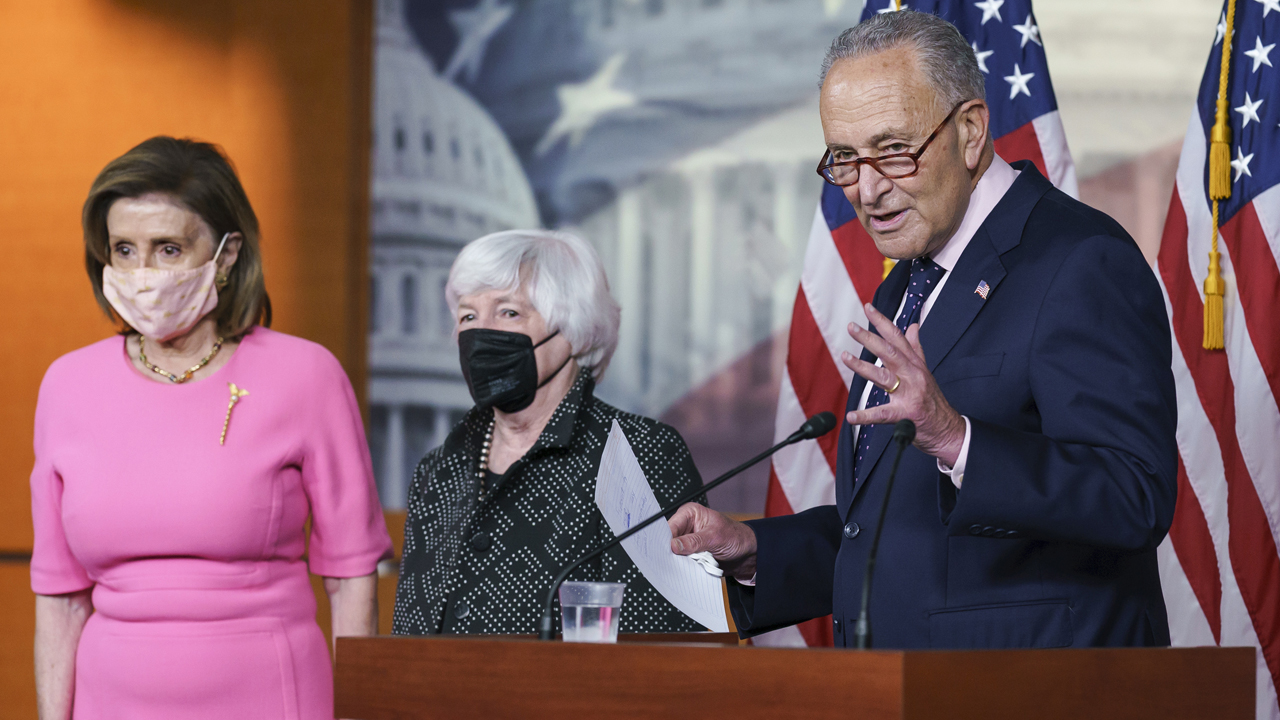 White House Lawmakers are taking people to a default by the United States Treasury and on the cliff of yet another government shutdown. By that logic, they will reportedly discover a strategy to avoid both, as an economic disaster and financial crisis will arise. However, even if they do, the price of their brinkmanship is ascending on a long-term basis.

The concept of the US Treasury Secretary Janet Yellen producing such a coin to resuscitate the US from the impending debt limit is a popular one. GOP members decline to lift the debt limit higher. Without a higher limit, the government faces the incapacity to pay off its debts and its eventual shutdown.

Voting for the Debt Limit

According to South Dakota’s John Thune,  the second-ranking United States Senate Republican, the debt limit must be raised. He added that the GOP is not voting for it. Therefore, he believes Democrats could and must do it on their own accord.

The majority of economists and executives reportedly presume that the country will come up with the solution before the deadline next month. Congress just has to increase or suspend the debt ceiling, which it has executed almost 80 times since 1960. At times, it is left to the last minute. Should that transpire again, the debt limit will fade from view until the next skirmish, serving as proof of the nation’s opposing politics.

Related Article: Biden’s Plan for Fiscal Year 2022 in Need of $6 Trillion in Spending