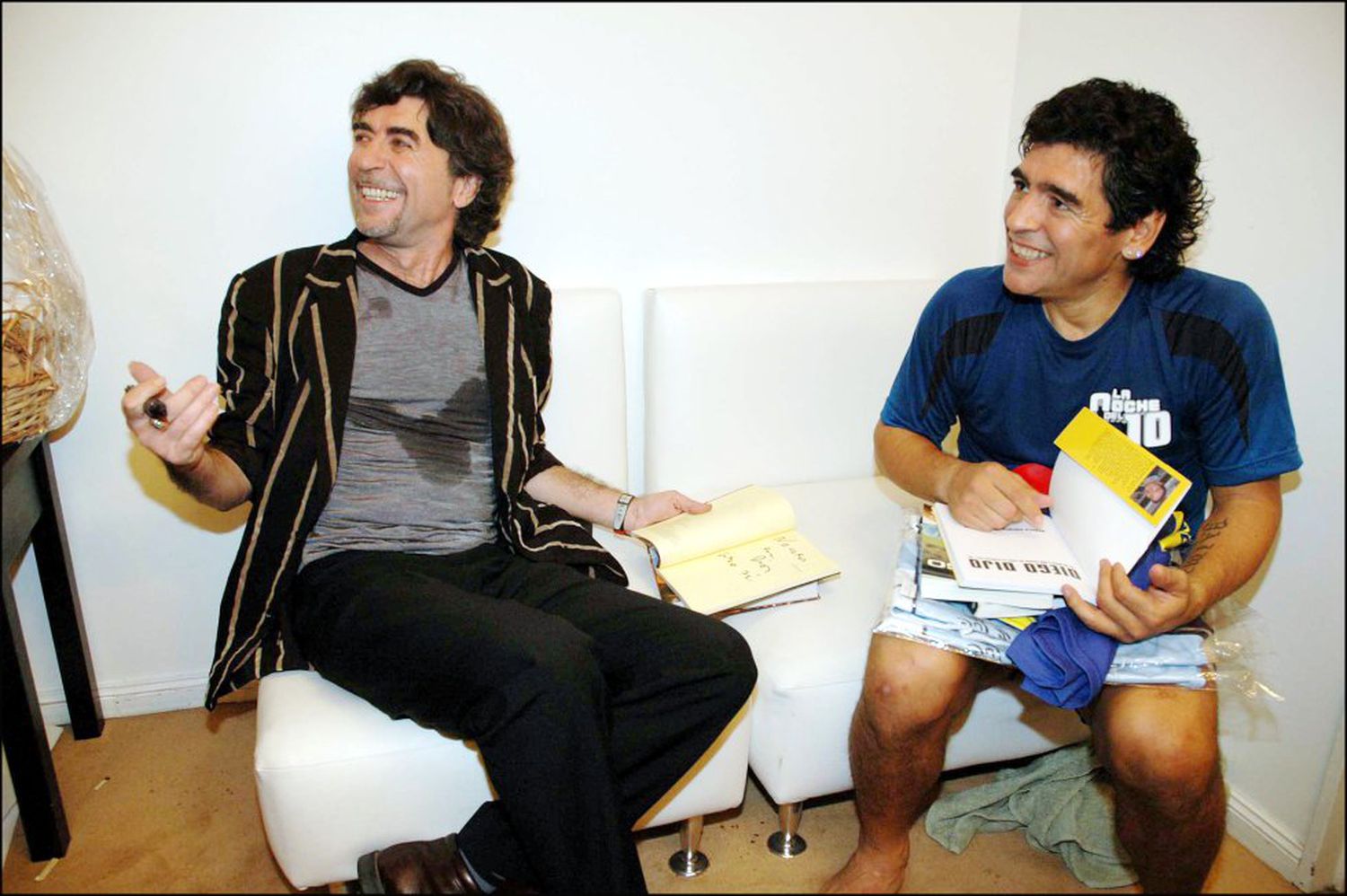 In religions, symbolism has always been essential. When Andrés Calamaro included ‘Maradona’ on his double album Brutal Honesty , it was no accident that it was track 10 of the first album.

Nor was it that the other song in which Dieguito sang , Diego Armando Maradona , was also number 10 on the second album. It is about ‘Do the fool’, in which the recently deceased footballer provided the backing vocals with Calamaro and Cuino Scornik in that ranchera that celebrates friendship.

As volcanic and unpredictable as the genius of the ball, Calamaro was always an unconditional admirer of Maradona, but ended up becoming his friend. When he landed in Buenos Aires, the musician called Diego and he went to the hotel where he was staying to listen to many of the demos that would later end in Brutal Honesty .

Maradona in the song that bears his name – the most famous about his figure – is heard speaking just before the music starts to dedicate the song to his daughters. “It’s the Bible next to the alley,” Calamaro sang in already famous verses. It was not the only composition in which the musician brings out his passion for myth.

In Azteca Stadium, in whose lyrics the late Cuino Scornik also participates, Calamaro recalls past times by going to the same stadium where on June 22, 1986 Maradona established himself for history scoring the best goal of all the World Cups against England , a few years after the war in the Falklands.

“When I was a child and I knew the Azteca Stadium, I was hard, it crushed me to see the giant.”

At the Estadio Azteca in Mexico City, Maradona also went down in history by the hand of God , a cheating goal in the same game against England and ended up becoming a popular phrase for eternity. The Argentine Rodrigo composed ‘La mano de Dios’, a song suitable to be chanted in which he venerates the life of the footballer.

“He was born in a village, it was God’s desire … He sowed joy in the people / He filled this land with glory.” Rodrigo used to end his concerts shouting: “I love you, Diego.” Ratones Paranoicos do the same in the single ‘Para siempre Diego’ , published in 2001.

A composition where it is stated that Diego is a religion and whose chorus reads: “For the people, the best, Diego Armando Marado.”

Fito Páez also made his contribution to the cause on his album Tercer Mundo , released in 1990 with a production that has not aged well. It was in the song ‘And give joy to my heart’, whose lyrics recognize the happiness of seeing Maradona play.

“I have more proof of divinity on Earth through Maradona than through the Pope,” said Fito Páez in his day.

The Maradonian religion does not stay in Argentina. Mano Negra published ‘Santa Maradona’ on their album Casa Babylon . You can hear the public shouting in the stadium and the broadcast of the plays of the Argentine 10.

Other illustrious people like Joaquín Sabina quote the footballer with grace. He did it in ‘Dieguitos y Mafaldas’, his particular tribute to Argentina on the album 19 days and 500 nights.

As it is named, with less passionate emphasis, also in younger artists like Carolina Durante in her ‘The titular hymn’ – ”Maradona cheating” – and Much in ‘The three-headed lion’ – ”My arteries taste like the estuary / Que he looks out into the infinity of the polluted ocean / Jesus Christ, Superman and Maradona / They merge into a big hug and laugh out of control “-.