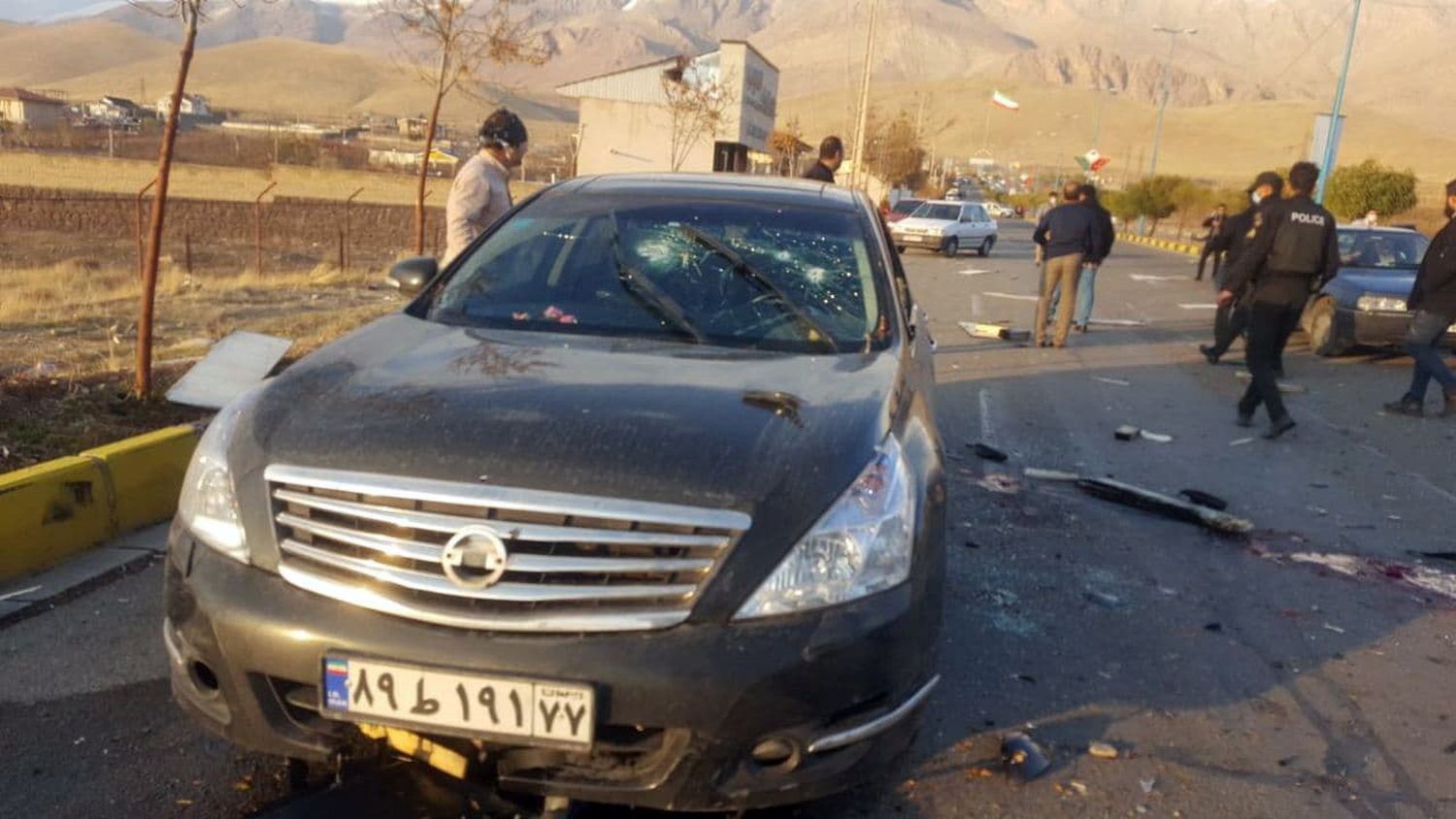 Mohsen Fakhrizadeh, the scientist considered the father of the nuclear program of Iran , has been killed Friday about 90 kilometers from Tehran, according to a statement from the Iranian Ministry of Defense which have indeed echo the local media.

Although no one has claimed responsibility for the attack, the Islamic Republic’s Minister of Foreign Affairs, Mohammad Javad Zarif, has drawn his suspicions back to Israel, whose secret services were blamed for similar operations a few years ago. An adviser to the supreme leader has threatened retaliation.

The press office of the Defense Ministry has said that Fakhrizadeh, who headed the Defense Research and Innovation Organization, “was seriously injured in a confrontation between his security team and terrorists,” for which he has been taken to hospital. “Unfortunately, the medical team has not managed to save him,” says the text.

According to the Fars agency, the vehicle in which he was traveling has been the target of a mixed attack with small arms and at least one explosion at the entrance to the town of Absard, about 90 kilometers northeast of Tehran.

Such a protection failure is surprising in a country that regularly detains activists and academics as threats to national security.

“We will respond like thunder to the murderers of this oppressed martyr and make them regret their action,” threatened General Hosein Dehghan, military adviser to the supreme leader, Ayatollah Ali Khamenei.

His words cannot be dismissed as the usual Iranian rhetoric, given the tension that exists in the area before the change in the US presidency.

Since the electoral triumph of Joe Biden has become known, Israel and Saudi Arabia, the main rivals of the Islamic Republic, have not hidden their discomfort at the possibility that it will resume the nuclear agreement and discard the maximum pressure policy of its predecessor.

On Sunday, Israeli Prime Minister Benjamin Netanyahu secretly met with the Saudi heir, Mohamed Bin Salman, in what all analysts have interpreted as a message to Iran. A week before, it was leaked that the US president, Donald Trump, considered attacking this country despite being in his last days in office.

The Iranian Foreign Minister, for his part, has held Israel responsible for the attack on Fakhrizadeh. “The terrorists have today assassinated an eminent scientist.

This cowardly act – with serious indications of Israel’s involvement – shows the desperate warmongering of those who have committed it, ”Zarif tweeted, without clarifying to which indications he refers.

The head of Iranian diplomacy also calls on the international community, especially the European Union, to “put an end to its shameful double standards and condemn this act of state terrorism.”

Israel has not commented on the attack. However, the murder of at least four Iranian scientists linked to the nuclear program between 2010 and 2012, was attributed at the time to Mosad, its foreign secret service, something that no spokesperson has admitted or denied.

Fakhrizadeh, a member of the Revolutionary Guard and professor of Physics at Imam Hosein University (where the most prestigious scientists of the regime are trained), was considered by Western intelligence centers as the Iranian equivalent of J. Robert Oppenheimer, the architect of the Project.

Manhattan that developed the world’s first atomic bomb in the US He is credited with hatching the alleged plan to make an atomic bomb that Tehran would have disrupted in 2003, a year after its secret nuclear activity was discovered. Iran has always insisted that its program has only civilian objectives.

Still, there is almost unanimity that Fakhrizadeh is the person who knew all of Iran’s nuclear secrets. Significantly, that country has for years rejected requests to interview him from the International Atomic Energy Agency (IAEA), whose inspectors monitor that the Iranian atomic program is not diverted to military use. In fact, the Israelis had already targeted him a couple of years ago.

“Remember that name, Fakhrizadeh,” Netanyahu said during a presentation in 2018 in which he revealed details of the secret program , according to a file his agents removed from Iran. The Israeli prime minister also assured at the time that, after the closure of the plan, the scientist had continued working on “special projects” within an organization of the Ministry of Defense.

In the same way that the warning flashes of its artillery illuminate the nights of the Golan Heights or the border with Lebanon in the face of the movements of enemy forces, Israel is sending the world warning signals about Iran in the face of the change in power in the White House after the defeat of Republican Donald Trump.

The official silence that reigned in Jerusalem on Friday night, after the beginning of the Sabbath,did not hide the concern among the Israelis about an eventual Iranian retaliation for the assassination of scientist Moshen Fakhrizadeh, a name that Prime Minister Benjamin Netanyahu warned two years ago had to be withheld when he presented in Tel Aviv the secret nuclear files captured by the Mosad (foreign espionage) in Tehran.

A few days later, Trump withdrew the United States from the nuclear agreement with Iran signed in 2015 by Democratic President Barack Obama and together with the main powers.

Israel’s armed forces have been in a latent state of alert, according to information published by the Hebrew press, since the Trump Administration two weeks ago weighed an attack on Iranian atomic facilities in Natanz to destroy its uranium reserves, according to The New York Times unveiled .

This same newspaper now cites three high-ranking intelligence officials to point to Israel as the country that has been behind the shooting death of Fakhrizadeh.

Israel’s military preparations make even more sense after the threat to “respond like thunder” to the assassination of the scientist launched on Twitter by General Hossein Dehghan, an advisor to Iran’s Supreme Leader Ali Khamenei.

“In the last days of their ally’s political life (alluding to Trump), the Zionists try to intensify and increase the pressure on Iran to wage a full-blown war,” argued Dehghan.

Despite the prevailing law of silence, the message for Democrat Joe Biden – who during the campaign defended the recovery of the 2015 pact with the Islamic Republic – had already been clearly expressed last Sunday by Netanyahu.

“We will not allow the Iranians to equip themselves with atomic weapons and we must not return to the previous nuclear agreement,” the prime minister proclaimed in an act.

“We have to maintain maximum political pressure to prevent it,” stressed Netanyahu, shortly after the visit to Israel by the outgoing Secretary of State, Mike Pompeo, a staunch defender of the doctrine of massive sanctions on Tehran.

The arrival of the US Secretary of State to the region was preceded on the 18th by a wave of Israeli bombardments against Iranian and Syrian targets in the vicinity of Damascus, killing 10 pro-Iranian fighters, half of them members of the Quds Force of the Guardians of the Revolution.

The unusual publicity of the offensive and the scale of the attacks were already interpreted then as a message to the next administration in Washington about Israel’s firm determination to prevent the presence of Tehran forces in the neighboring Arab country at all costs.