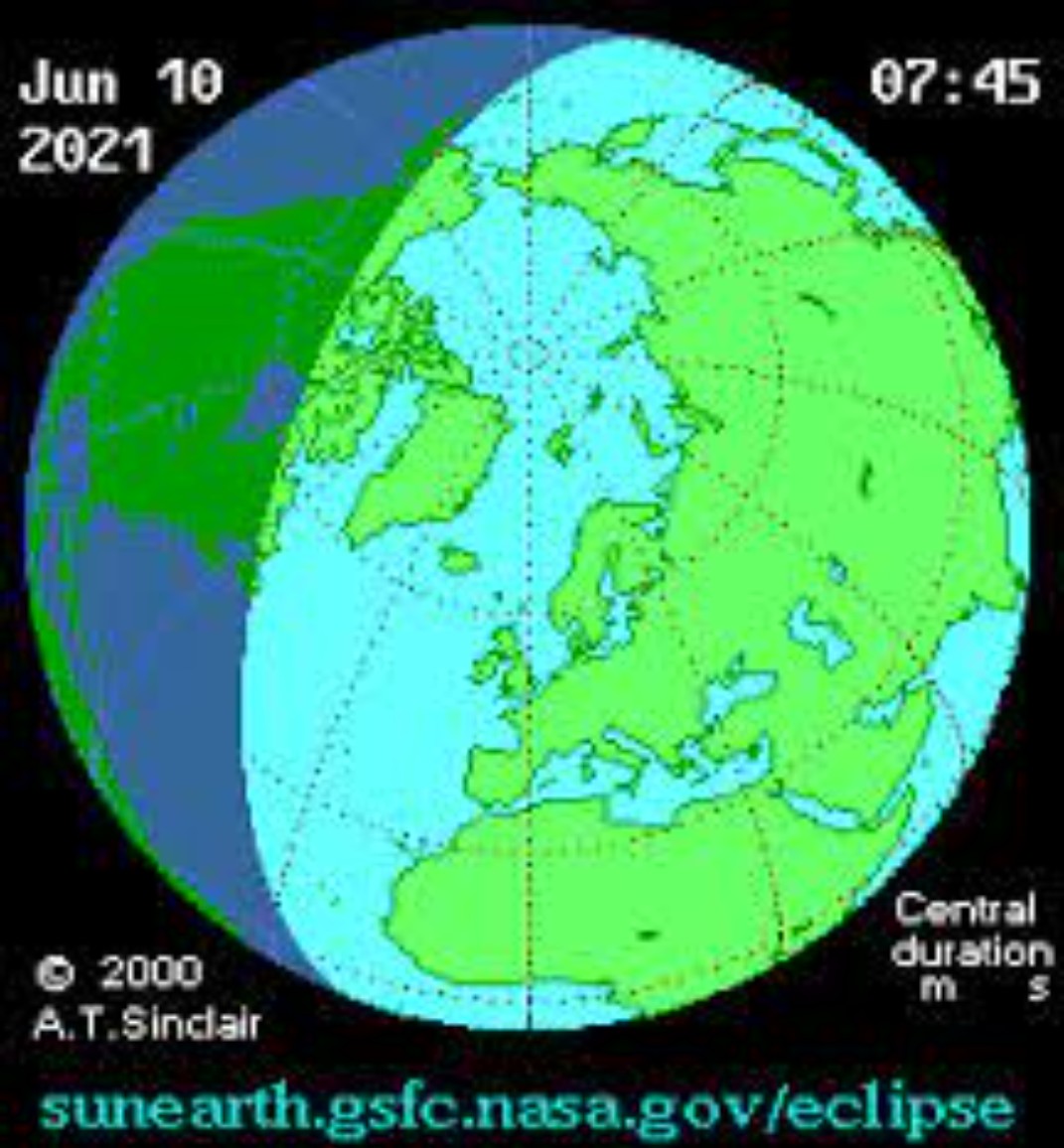 On the 10th June morning, the darkened new moon will slide in front of the sun, resulting in a partial solar eclipse. This will be visible from Europe and North America. In a narrow section of Siberia and Canada will have an opportunity to see the ring of fire effect. This comes from the moon covering all but the edges of the sun. This is scientifically called an annular solar eclipse and which is a little different from the total solar eclipse in which to cover the sun completely, the moon is at the proper distance from Earth. In 2017, there was a total solar eclipse in North America, and again it will happen in 2024.

The path of annularity is the path of the Eye of Sauron-like phenomenon. It will pass over very remote and uninhabited areas, including the frickin’ North Pole, Greenland, and Canada. The ring of fire will be witnessed by very few people this time due to Covid restriction. A partial eclipse will still be visible from eastern and northern stretches of North America and much of Europe.

NASA has released an animation that provides a good understanding of what will be visible from when and where. Over the globe, the large shadow denotes the dayside from the night side, while the secondary lighter shadow is where and when a partial eclipse will be visible. The small red area represents the path of annularity.

At many locations, it will happen close to sunrise. This indicates that with a nice, flat horizon to the east, the sunrises may appear to have horns rather than its usual curved disc. According to Micheal Zeiler of GreatAmericanEclipse.com. “Good places to see this phenomenon are around Thunder Bay, Sault Ste Marie, Toronto, Philadelphia, New York City, and Atlantic City. “Other places will see the rising sun appear as a shark’s fin, such as Ottawa, Montreal, and Boston.”

Post Views: 758
In this article:1Oth June 2021 will see the 1st solar eclipse of the year,partial solar eclipse,ring of fire effect