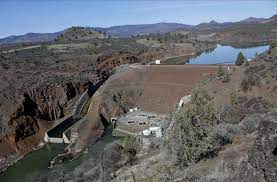 A catastrophic water crisis took place at the Oregon border, California. The federal regulators shut down the water from the critical reservoir to the farmers.

Moreover, they said they wouldn’t send any extra water reservoirs to dying fish or a half-dozen nature reserves that host millions of migrant birds every year.

This is the worst water crisis in the generation. Water will not be released to the main canals this year that feeds most of the Klamath Reclamation Project, said the U.S. Bureau of Reclamation. This is happening for the first time in 114 years dating irrigation system.

Earlier the announcement was made that the irrigators will be supplied with less water as compared to before, but the scenario is getting worst as they have planned to completely shut down the water. This will eventually lead to drought scenes.

Oregon is recently into its driest years in comparison to the last 127 years. According to federal reports, it is at its extreme drought time.
Communities of Klamath Basin are facing extreme drought situations, says the Deputy Commissioner of Reclamation. He further added that they are working on this water crisis, and they will find a long-term solution for the tribes and partners of this region.

The dam, which is part of the federally run Klamath Reclamation Project, transports Klamath River water from the Higher Klamath Lake just north of the Oregon-California border to much more than (52,600 hectares of land where decades of farm owners have raised hay, alfalfa, and potatoes, as well as grazed livestock.

Also, it is decided that only one district of irrigation within the range of 80,940 hectares will be receiving water from the Klamath River that too with limited supply.

This is the worst scenario for farmers and the people living nearby, and it could not get any worsen, said the Irrigation District president of Klamath. And also, this will be severely affecting the lives of farmers and their families.