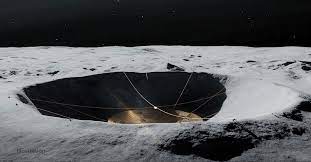 Scientists are working on creating a radio telescope on the other side of moon that could possibly help to solve the mysteries of the universe.

From several years, an unofficial NASA mission is being carried out in reference to create Lunar Crater Radio Telescope. This projected entered it’s second phase in NASA’s Innovative Advanced Concepts program and got some what $500,000 money for its progression.

In this project, robotic systems will hang wire mesh inside a cavern on the moon’s far edge to build a radio telescope for the lunar telescope.

The telescope is expected to measure the radio waves that were produced during the Big bang which created out Universe. These radio waves could date back 100 million years after the big bang happened which could have appeared even before the appearance of the stars.

The cosmologists say that this could be a big achievement for the scientists and could possibly tell how what all the things happened during the big bang. 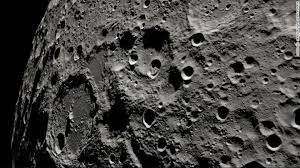 One of the member of NASA’s Jet Propulsion Laboratory in Pasadena said that since there were no stars during the dark ages of the Universe, Hydrogen could have potentially served as raw materials for the production of stars.

And with the help of this lunar telescope looking beyond the earth, we can get more information about how the stars formed and some more details about the dark universe which can not be revealed without this telescope.

Scientists say that this Lunar telescope program  is one of the peer selected program that would probably help to understand more about the Universe. This project is still under process and it might take few more years and advanced equipment for it’s completion. But once this Lunar telescope is created it will probably help to explore the Universe in more detailed manner.

Aldo, the researchers are in the hope that with in upcoming two years if they work with the proper decisions their project might get selected for further development.