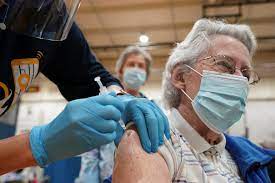 Clinical trials of the Pfizer and Moderna COVID-19 vaccines have found that they effectively prevent SARS-CoV-2 infections. Both shots are mRNA vaccines. This is a new technology that uses RNA strands of genetic material called a messenger, and it provides instruction to the body’s cell to make proteins from the virus. These isolated viral proteins are harmless; they stimulate an immune response that protects against a subsequent infection with the actual virus.

The previous investigation about how well the immune system responds to mRNA; COVID-19 vaccines have mainly emphasized the production of antibodies that can neutralize the SARS-CoV-2 virus—this only a tiny part of the story. In response to vaccination or infection, antibodies are provided by the body, and long-lived immune cells known as memory B cells are produced. In the bloodstream, if the number of neutralizing antibodies reduces and they do not combat a new infection, then memory B cells can have more antibody-producing cells.

In generating variations in existing antibodies, Memory B cells are also crucial that can neutralize emerging strains of a virus. This is through a process known as somatic hypermutation. After recovery from a SARS-CoV-2 infection, memory B cells and antibodies can protect against reinfection for at least eight months. To obtain optimum immunity against reinfection, it has been unclear whether or not a person who has recovered from COVID-19 needs both doses of the vaccine.

There was a study conducted by E. John Wherry Ph.D. in the Perelman School of Medicine at the University of Pennsylvania in Philadelphia, director of the Penn Institute for Immunology, and his team recruited 44 healthy volunteers. Out of which 33 people were “SARS-CoV-2 negative, which means they never had the virus. The remaining people had recovered from SARS-CoV-2 infection.

All the participants were about to have their 1st dose of vaccine. At the start of the study, the blood samples were collected by researchers from the participants, two weeks after their first dose, on the day of their second dose, and one week after their second dose. The antibodies and two key lineages of the memory B cell of the negative people did not peak until after the second dose. However, in people who have recovered from SARS-CoV-2 infection, their memory B cell and antibody responses peaked after the first dose of the vaccine.