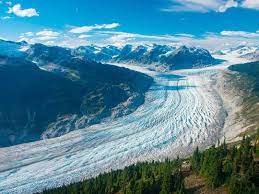 In comparison to last 15 years, glaciers are melting 31 % faster and are more rapidly loosing the ice. This measurement of the glaciers were made by the 3D satellite.

According to scientists, humans are the biggest reason behind the climate change and melting of the glaciers.

As per the data collected by the satellite in the last 20 years, since the year 2015, there is a loss of more than 328 billion tons of ice from 220,000 glacier mountains. The speed of melting of the glaciers are increasing the ocean water levels making Switzerland go under 24 feet of water every year.

Scientists also said that more of the glacial loss is from Canada and U.S.

Also, the melt rate of glaciers are highest in the world happens in Alaska and Columbia retreating about 35 meters every year.

Scientists said that almost every glacier in the world is melting including the Tibet ones which were earlier stable. Few glaciers of Iceland and Scandinavia, the melt rates are less as they are balanced by the precipitation and in rest of the world the glaciers are melting very rapidly.

The Director of World Glacier Monitoring Service said that almost 10 years ago we used glaciers to predict the climate change and Global Warming but now we have is the climate crisis.

This study using the 3D Satellite is involving all the glaciers of the world. But in previous studies only part of Green land glaciers and Antarctic glaciers were involved. Also, the previous studies involved lots of errors hence they were not very useful.

The melting of the glaciers rapidly can be a huge problem to those who relay on the seasonal glacier melts and it might also cause outbursts in many countries.

Also, the Director of National Snow and Ice Data Center said that rising sea levels due to melting of the glaciers can be a huge problem as we move forward with the 21st Century. 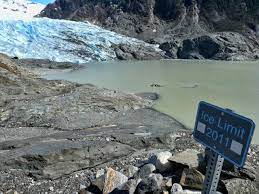