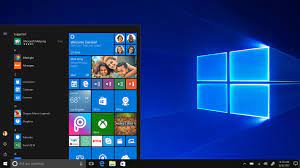 As per NVIDIA, users should uninstall the recent Windows 10 updates to resolve these complaints; this resolved the problems but left people open to security vulnerabilities fixed in the current updates. Recently Microsoft released an emergency fix for Windows 10 2004 and 20H2 to resolve these issues.

According to Microsoft, “A small subset of users have reported lower than expected performance in games after installing KB5000842 or later updates.” Many users affected by this issue are running games with borderless windowed modes or full screen and using two or more monitors.

Using Microsoft’s Known Issue Rollback feature, this fix is being rolled out, pushed to systems through Windows Update. Using the same feature, this issue is being solved. It might take 24 hours for the resolution to propagate automatically to non-managed business and consumer devices. To resolution to apply faster on your device, restarting the device might help.

When Microsoft releases a new code in an update that fixes a bug, further Windows 10 can be caused by this new code. Microsoft can detect these issues by using diagnostics shared by Windows 10 computers and determine how wide of an impact they have. If many users are affected, Microsoft can issue a Known Issue Rollback through Windows Update that disables the new code causing the issues. Microsoft has also used Known Issue Rollout to fix a Microsoft Store bug preventing users from accessing paid content.

Post Views: 546
In this article:Microsoft releases an emergency fix for gaming issues