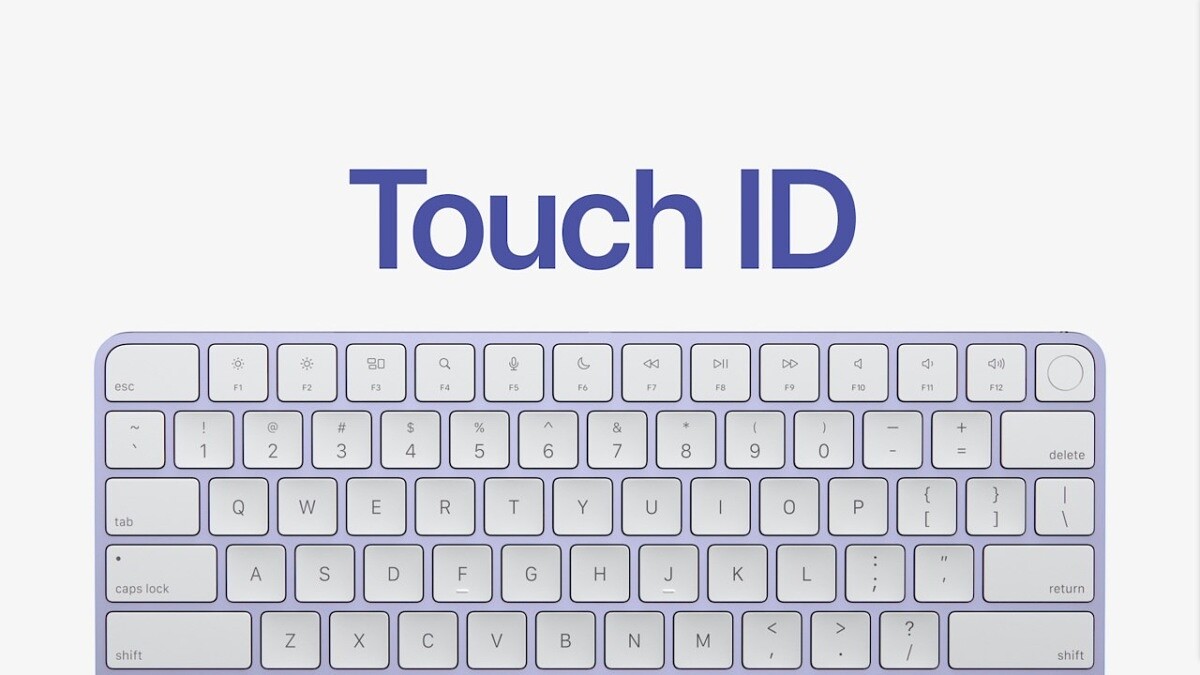 In Apple’s new Magic Keyboard, the Touch ID sensor was launched alongside the updated iMac earlier this week. The Touch ID sensor is compatible with all M1 Macs, including the new iMac, 13-inch MacBook Pro, MacBook Air, and Mac mini. But according to Apple, with the new iPad Pro, the Touch ID sensor will not function, even though the M1 chip is there. It can still be used with the iPad Pro and other devices like Intel-based Macs, except Touch ID.

MacBooks with built-in Touch ID, Apple has been shipping for a while now, but for the 1st time, it is available as an accessory. Magic Keyboard is Apple’s first wireless Mac peripheral to incorporate Touch ID authentication. The biometric security method can be used to log into the device, sign in to some third-party apps, and authorize purchases. This is available with a full-size keyboard with a Numpad and a compact layout.

At the top right of the keyboard, there is a fingerprint sensor. It replaces the ‘Eject’ key, which can found in Apple’s existing keyboard. It lets users unlock the computer, pay with Apple, unlock a password manager, and more. According to the press release by Apple, “the new keyboard requires the Secure Enclave in the M1 processor to encrypt the transmitted fingerprint information end-to-end.” The keyboard will function as a standard Bluetooth keyboard when connected to an Intel Mac or PC.

Now we have more details on compatibility. As per Rene Ritchie, “You can only buy them with the M1 Mac (for now?), but you can use them (with Touch ID!) on other M1 Macs, or just as BT keyboards (no Touch ID) on Intel Macs/other devices”.