A new report by Lending Club has found that more Americans are struggling to make ends meet, with 63% of people living paycheck to paycheck in November. This is a 3% increase from the previous month and is close to the 64% historic high reached in March. Even high-income earners are feeling the pressure, with 47% of those earning more than six figures reporting that they are living paycheck to paycheck, a 4% increase from the previous month, according to CNBC on December 15, 2022.

The report suggests that this is due to persistent inflation, which has caused real wages to decline. According to the U.S. Bureau of Labor Statistics, real average hourly earnings are down 1.9% from a year earlier. This is leaving many Americans in a difficult position as inflation and higher prices are forcing them to dip into their cash reserves or rely on credit at a time when interest rates are rising at the fastest pace in decades.

Credit card balances are also surging, with a 15% increase in the most recent quarter, the largest annual jump in more than 20 years. Credit card rates are also at an all-time high, averaging more than 19% and still rising. This is making it increasingly difficult for people to save, with 32% of consumers saving less than they were a year ago. Among those who are struggling financially, half are unable to save and have no savings at all. 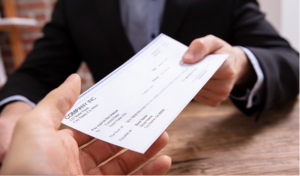 Club’s Financial Health Officer, said that “Americans are cash-strapped and their everyday spending continues to outpace their income.”
Post Views: 41
In this article:Americans are struggling,Bureau of Labor Statistics,Credit card balances,Lending Club,Us News