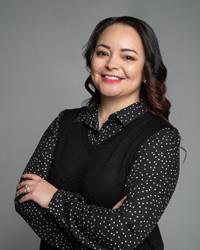 A middle school teacher in New Jersey has been detained after evidence showed that in November of last year as he overdosed on fentanyl in front of his pupils.

According to the Westfield Police Department, the incident occurred just after 9AM on November 29 at Roosevelt Intermediate School in Westfield when a staff reported discovering an unconscious teacher inside a classroom on the second floor of the building.

Frank Thompson a 57-year-old art teacher was first observed by students to be in distress before an administrator called the school resource officer, Fortunato Riga, to the classroom, based on a statement by Westfield Police Chief Christopher Battiloro on January 6, 2023.

Riga remembered discovering Thompson unconscious and unresponsive on the floor, with the school nurse actively tending to him. She later reported the incident to police.

He claimed to have treated Thompson with the drug naloxone hydrochloride, marketed as Narcan, to reverse the symptoms after observing Thompson displaying signs of an opioid overdose. According to police, Thompson started “showing marked signs of improvement” after being given the medication according to an article published by CBS News on January 09, 2023.

Thompson was suspected of having fentanyl and many other controlled dangerous substances in his possession, as well as of having drug paraphernalia and endangering the welfare of children. According to the police chief, the first and last charges listed are third-degree crimes, while the second is a disorderly person offense. Thompson has been summoned to court and will appear there on February 1.

The Westfield school district said it was unable to comment directly on the incident that occurred in the classroom.