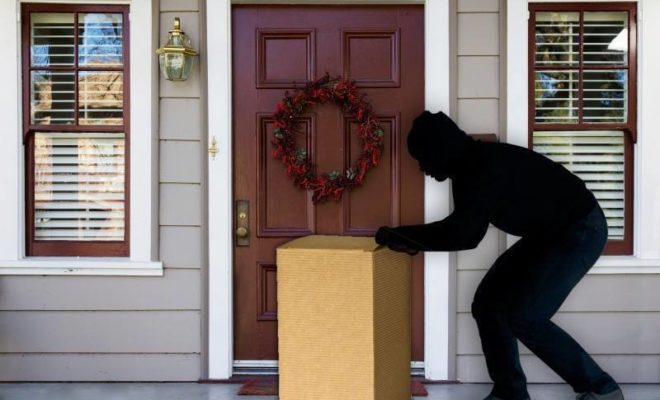 A thief was arrested in Oklahoma for allegedly stealing a package and authorities have reported that the individual attempted to conceal their identity by wearing women’s underwear as a face mask. According to a Facebook post by the Tulsa Police Department, the “porch pirate with an unusual and questionably effective mask” was caught in action by a security camera on Friday after his attempt at avoiding detection failed.

The law enforcement was made aware of the suspect’s activity and provided with surveillance images from the theft, according to a report by Fox23 on January 07, 2023. Evidence from the Flock Safety System helped police identify the porch pirate’s vehicle. His distinctly recognizable MO was enough for the TDP to narrow their search for the suspect.

The police department stated that one of their Street Crimes Officers recognized the suspect from previous porch pirate cases, where the suspect was known to use women’s underwear as a mask. After identifying the suspect, officers went to his residence in Tulsa, approached the door, and located Spencer Gougler inside.

He refused to speak to the officers and remained inside, forcing them to get a search warrant. According to Tulsa County online booking records, Gougler was arrested on Friday and charged with various crimes such as five counts of larceny, grand larceny after previous convictions, concealing stolen property knowingly and possession of a firearm after former convictions. He was granted his release on Saturday after paying a bail bond of $17,000.