New laws and changes went into effect in Massachusetts on January 1, impacting both the state and federal levels.

One change is the increase in the minimum wage, which will be $15 per hour starting January 1, up from $14.25. The service rate will also increase from $6.15 per hour to $6.75. Another change is the elimination of time-and-a-half pay on Sundays and holidays, according to a published report by CBS Boston on December 31, 2022.

The “millionaire tax” also went Into effect, increasing taxes on those earning over $1 million per year by 4%, according to CBS Boston. It is expected to bring in $2 billion per year for education and transportation, but may lead to job losses and wealthy citizens leaving the state.

Based on a report released by Fortune on December 30, 2022, Americans may be eligible for a tax credit of up to $7,500 for purchasing an electric vehicle as part of the Inflation Reduction Act, which is already in effect. The credit aims to encourage EV sales and reduce emissions but has complex requirements, such as where the vehicle and battery must be made. A smaller credit is also available for used EVs.

A recently released report by SSI stated that Social Security recipients will receive their largest benefit hike since 1981, an 8.7% cost-of-living increase in 2023. The annual cost-of-living adjustment will be included in December benefits, with most recipients receiving them in January 2023. The average benefit check will increase by over $140 to $1,827 per month. 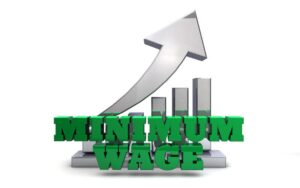