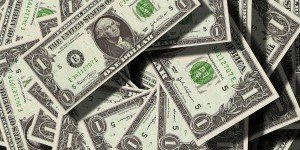 A class-action lawsuit was filed against Avis and Budget in 2011 by customers who received higher-than-expected bills. These customers claimed that they were charged for enrolling in an e-Toll payment system that was not mentioned in their contract. The Avis Budget Group denied any wrongdoing but agreed to a settlement of $45 million in June 2021 to avoid further legal proceedings, based on a report by CNET on December 27, 2022.

In order to be eligible for the settlement, individuals must be US residents who rented an Avis or Budget vehicle between April 1, 2007, and December 31, 2015. However, this eligibility period is extended for rentals in Florida, Texas, or Colorado, which must have been between March 2, 2009, and December 31, 2015. Additionally, individuals must have paid Avis, Budget, or the Highway Toll Administration for use of the e-Toll service in connection with the rental, according to CNET.

Claims can be submitted through an online form or by mailing a claim form. The deadline for submitting claims is Feb. 28, 2023. It is important to note that the Avis Budget Group denies any wrongdoing but agreed to the settlement in order to avoid further legal proceedings.