Several states in the US are offering relief to residents in the form of tax rebates and one-time payments.

In Chicago, eligible residents can claim a $500 one-time payment from the Chicago Resiliency Fund 2.0, according to a report by NBC Chicago on November 22, 2022. The report added that to qualify, applicants must be 18 or older, have claimed a dependent 17 or older on their 2019 tax return, and not make over 300% of the federal poverty level. The application must be submitted by 5 p.m. on December 31.

In Pennsylvania, a tax rebate program is available for older and disabled residents, based on the report released by the official Pennsylvania Government website. The maximum rebate is $650, with some homeowners eligible for additional rebates of up to $975. The amount of the rebate will vary depending on the homeowner’s or renter’s income. The program will continue accepting applications until January 1.

Idaho residents can apply for a rebate of up to $600 until December 31. To qualify, they must have been full-year residents in 2020 and 2021 and filed an Idaho individual income tax return or a Form 24. The rebate amount will be based on the most recent approved 2020 tax return or 10% of 2020 income taxes, whichever is greater, according to the official website of the State of Idaho on December 9, 2022. 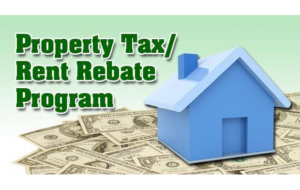