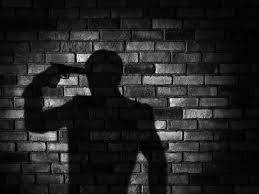 In the days following this discovery, they obtained a material witness warrant for Scott Lowery, who they believed had information that could help in their investigation of Williams’ death.

A report by True Crime Daily on December 28, 2022, stated that in an effort to locate Lowery, police released a statement asking for the public’s help and providing information about the make and model of his vehicle. On December 26, Lowery was found deceased in a garage located in the 400 block of Fulton Drive. A handgun was recovered at the scene, and Lowery’s death is currently being investigated as a suicide.

The Investigation into both Williams’ and Lowery’s deaths is ongoing, and no further information has been provided by the police department at this time. It is not uncommon for authorities to seek out material witnesses in criminal investigations, as they may have valuable information that could help shed light on the circumstances surrounding a crime or provide clues as to the identity of potential suspects.

The Des Moines Police Department Is continuing to work to gather all available evidence and will release updates on the investigation as they become available.