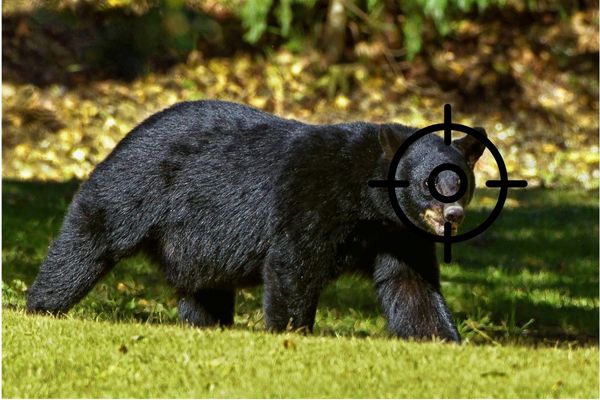 According to the Arkansas Game and Fish Commission officials remarked for the first time a Black Bear hunting season.

They will allow hunters in the state to harvest these bears in locations of the Coastal Plain and parts of the Delta in South Arkansas starting on Saturday, reported KATV.

Officials called it a conservation milestone with a chance for hunters though conservation of the animals should be discussed too.

Points to consider before hunting season

The season for bear zones which are 3 and 4 will be Dec. 10-16 but the quote might close if the quota is achieved.

Hunting equipment includes modern guns, muzzleloaders, and archery equipment, but only one bear a season is the statewide limit.

Hunters killing a bear should refer the bear via mobile app, website, or call 877-731-5627 to inform their harvest.

Hunters need a tag with ink, indicating the name, date, and bear zone of harvest

Other details while hunting

Officials added deer when the bear is checked then no tag is needed but it needs tagging if it leaves the hunters’ hands.

AGFC indicated that hunters could check the bear within 12 hours of harvest as well as submit a premolar from the bear.

The bear team would then mail them a parcel comprising premolar bags and a hair specimen, alongside guidelines on how to accomplish the procedure, note Myron Means GFC Large Carnivore Program Coordinator.

A premolar submission is necessary; however, the hair specimen is voluntary; notwithstanding, supplying a hair sample is very useful in research and continuous population surveillance.

Coordinator Means as well stated that due to the warm weather, more female bears might be out trying to feed instead of denning up, and hunters must avoid firing a gun on any female bears with cubs, mentioned 5newsonline.

As part of the upcoming season, biologists and staff have kitted a few female bears with special satellite-tracking collars to give extensive data regarding their movement patterns across the year, which would include hunting season.

He added that 13 of the special 15 collars are in place.