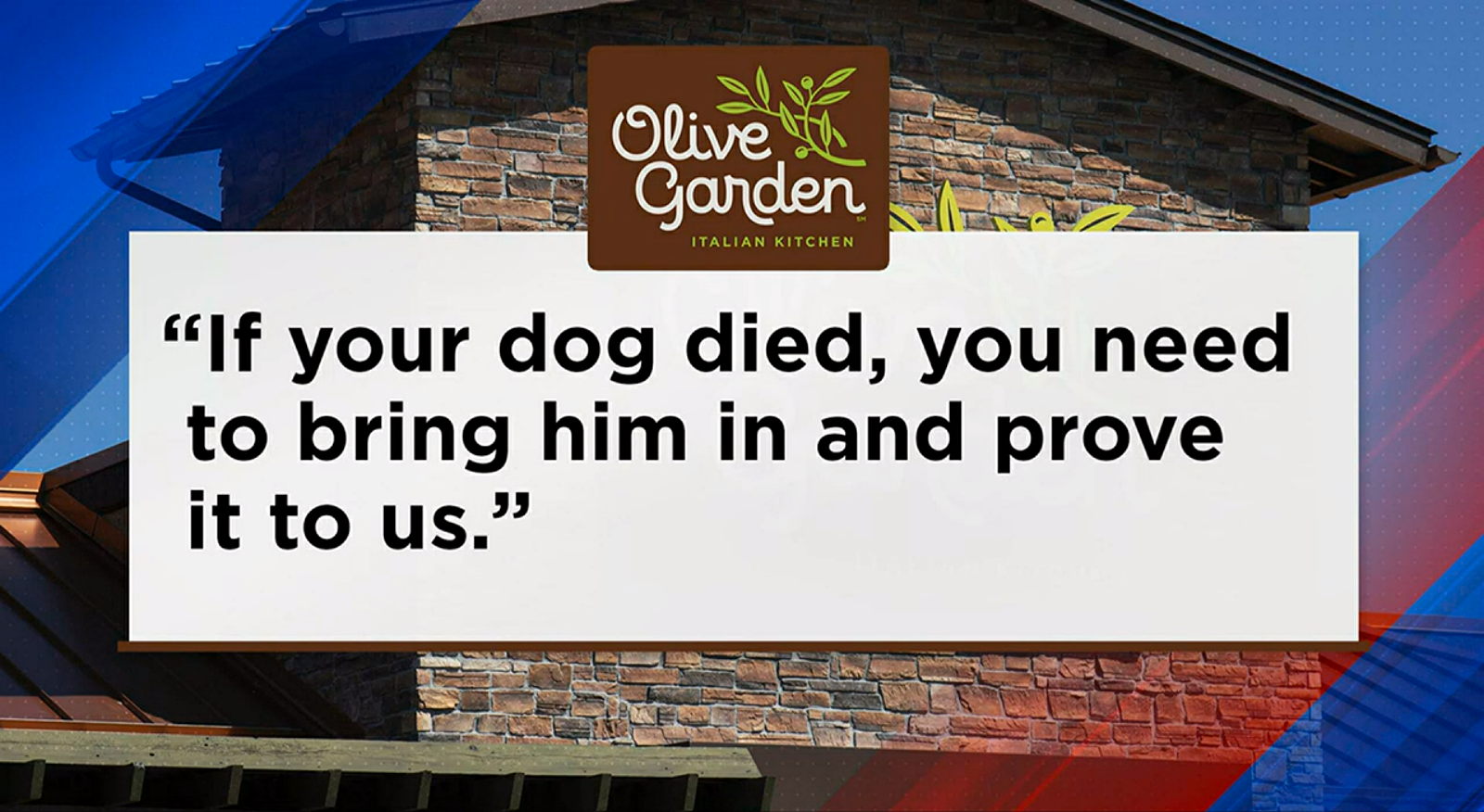 The policy set by Fired Olive Garden manager If your dog died, you need to bring him in and prove it to use. (Screenshot from KCTV5)

OVERLAND PARK, Kansas – Olive Garden fired a manager who told workers that they had to show proof if they called in sick.

Olive Garden manager in Johnson County, Kansas, criticized employees for taking time off and told them that if they needed to, they should look for another job. KCTV5 reveals in their report a message they found. 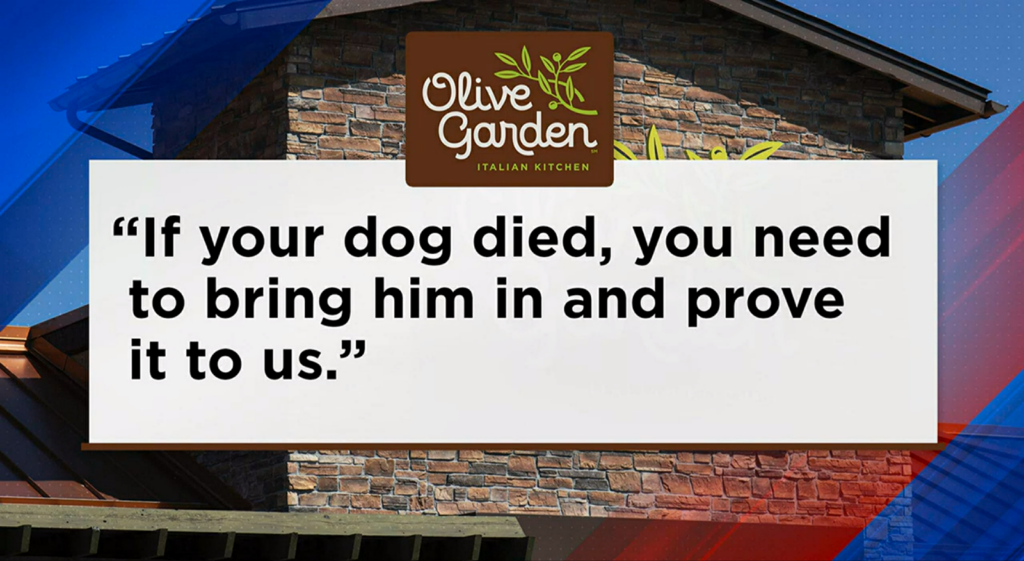 The policy instituted by the terminated Olive Garden manager. (Screenshot from KCTV5)

The manager started the message by saying that people were taking leave from work at an amazing rate. She then said that most of the time, calling in sick was not an acceptable reason.

The message said the company will tolerate ANY reason for calling in sick. It states that employees must come in and show proof that they are sick. More absurdly, it states that if the employee’s dog is sick, they must bring the dog in and show proof. The message also made clear that even claims of family emergencies that employees cannon say will not be accepted, daring employees to just “work somewhere else.”

The manager said that if an employee called in sick more than once in 30 days, they would lose their job. In 11 and a half years of working at Darden, which owns Olive Garden, this manager claims to have never missed a day of work.

The manager spotlighted that even though she doesn’t want to work on Friday and Saturday until midnight and would much rather be with her husband and dog, go to the movies, or visit family, she nevertheless comes to work. She claims to be committed to being at work and expects other employees to do nothing less.

An Olive Garden spokesperson confirmed that the manager who wrote the message had been “let go” by the restaurant chain.

This spokesperson says the company tries to give its team members a caring and respectful place to work, and the message goes against what the company stands for.