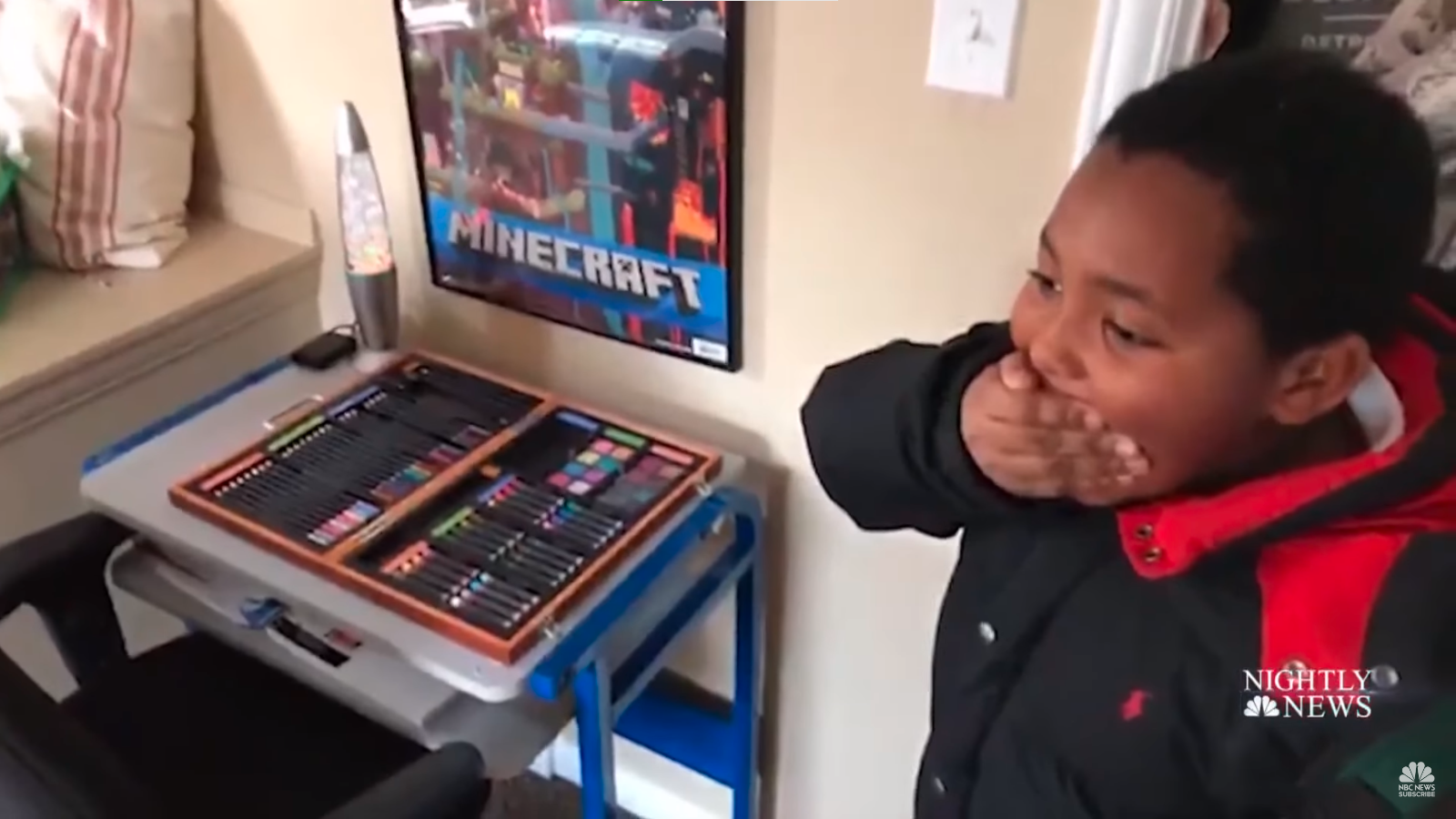 After years of homelessness, Daeyr Neely and his mother found a home.

Recently, a Detroit youngster slept in his own bed for the first time. His reaction was priceless. NBC said Daeyr Neely and his mother were homeless for years and went from shelter to shelter. Daeyr hasn’t had a bed since he was a toddler. Humble Design, which fights homelessness, granted Daeyr’s wish! 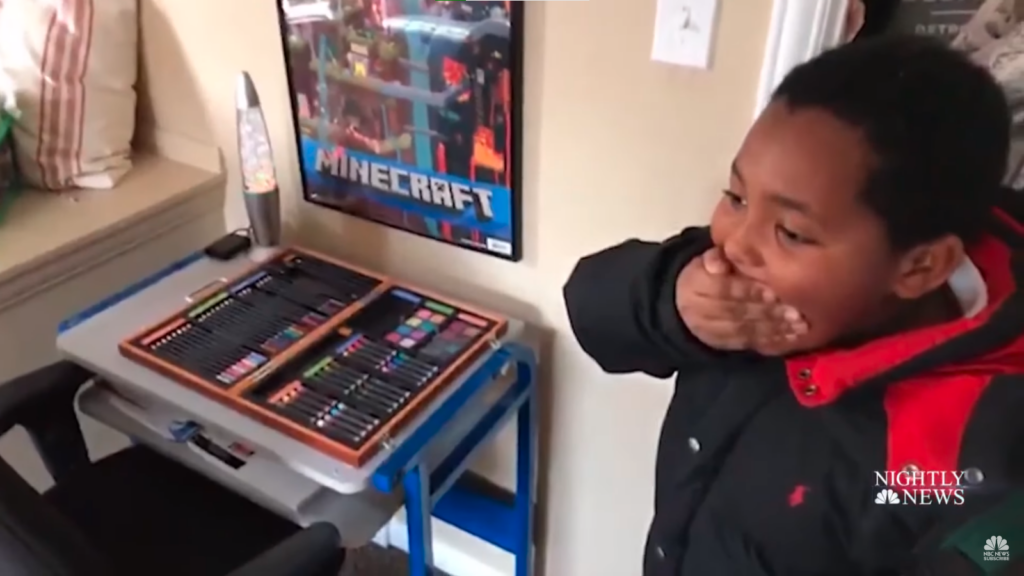 The footage of his initial reaction to his bed was touching. Daeyr enters the bedroom and sees the bed. His lips drop, and his eyes widen for a few seconds. After realizing this bed is his, his reaction intensifies. This present confused him, and he started crying. Daeyr covers his face and turns to hug. Emotionally shaky shoulders. “It’s for you, Honey,” his mother says.

Daeyr’s mom, Dionna Neely, lost her job and the family’s house when he was 2. The family relocated to a Detroit shelter after years on the streets. Obtaining city funds for public housing would take time. Daeyr struggled to move into the shelter. Dionna stated the move caused unexpected issues. “After moving to the shelter, he had educational issues. I told him we had to do this to buy a house,” he remarked.

The family left the shelter and moved into their own home. The family’s fortunes changed with it. Having a roof over their heads was nice, but the family wanted more. They couldn’t afford new home furnishings. Daeyr slept on blankets for months before getting a bed.

Humble Design wanted to help the Neely family. Humble Design aims to minimize homelessness nationwide. They knew buying furniture for their new residence would be helpful. The Neely family’s new home had free furniture and decorations for every room. Neighbors gave the furniture. Decorating the house gave it a homey feel, and Daeyr finally got a bet for his own for the first time in so many years, a lifelong memory.

Read Also: A Potentially Lethal Robot Will Be Deployed By The San Francisco Police Department