For about forty years the rape-murder of Evelyn Fisher-Bamforth; a licensed psychiatric nurse, married; whose killing was never solved. Their prime suspect was a Florida man who was her neighbor during the investigation but no proof to charge the suspect; reported MSN.

However, because of advancements in DNA analysis, officials have already arrested him and accused the neighbor of sexual battery and murder. 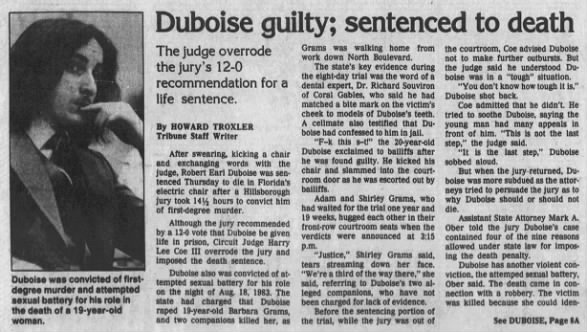 Florida Man Responsible for the Rape-Murder in the 1980s of Nurse, Finally Apprehended

According to Tania Rues, spokesperson for Miramar PD; who spoke to WSVN-TV; she added the efforts of Detective Johnathan Zeller have brought Ronald Eugène Richards to justice for his crimes.

After being found guilty of a separate rape and an attempted murder, the accused murderer, 75-year-old Richards, is now residing in Ohio.

His crimes also include a charge of killing Fisher-Bamforth, but he has not decided to enter a direct appeal, and it isn’t evident whether he has a legal representative who could act at his behest.

The suspect will be sent to Broward County, Fla., to be tried in court for the new charges.

As said by authorities, Richards resided 12 homes away from the victim at the time of the crime. Before her death, they never seemed to have known each other.

John Bamforth, the husband of the deceased saw it as a positive outcome; for the last 43 years whose death filled him with grief.

The victim’s spouse told the outlet how he arrived after a day of work and saw the police tape on the door. She was murdered that night.

He remembers going inside and finding all the furniture askew; then going to the bathroom. Later started seeing the bed all blood-soaked.

All these years the death of his wife was terrible and the grief to this day was caused by a then-unidentified Florida ma. He remarked there will never be closure for him but justice for the Rape-Murder of Evelyn; a former nurse is the only thing.