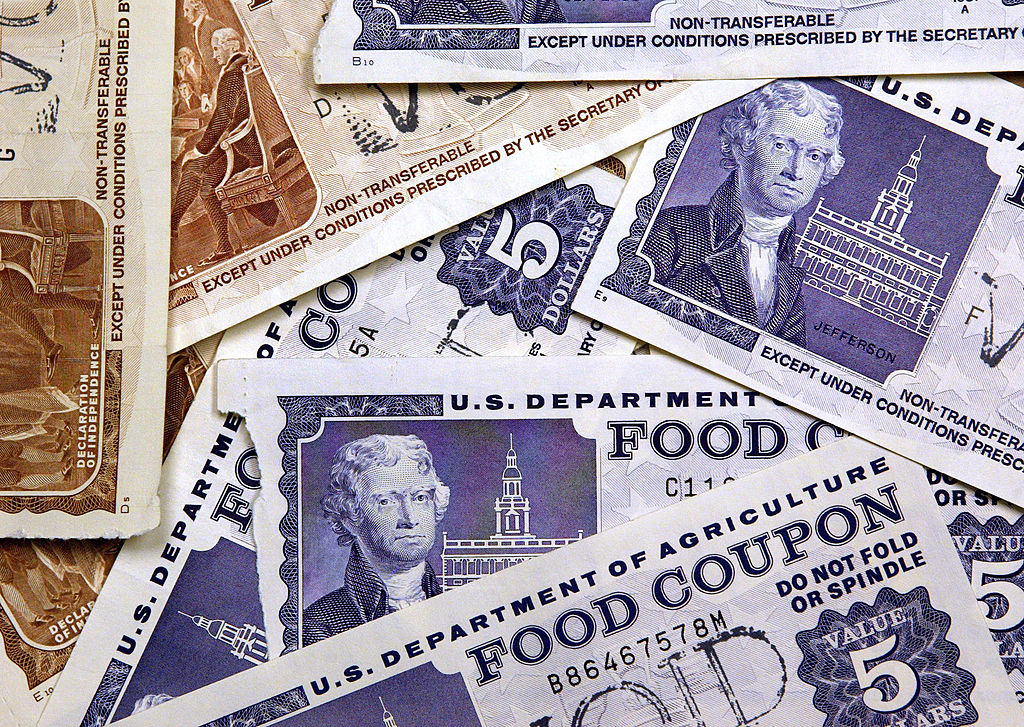 Food stamp aid through Supplemental Nutrition Assistance Program (SNAP) is now available to needy families at a substantial and permanent increase — the biggest single increase in the program’s history. According to The New York Times, officials announced the SNAP increase in August and went into effect this month. All 42 million SNAP recipients are eligible for extra help. 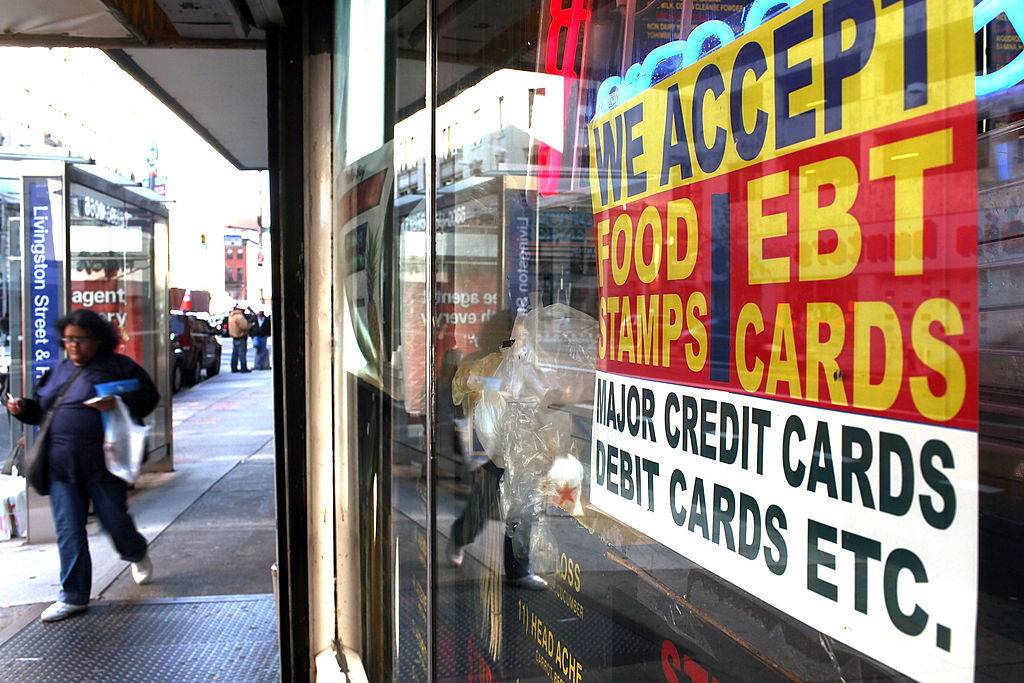 NEW YORK – OCTOBER 07: A sign in a market window advertises the acceptance of food stamps on October 7, 2010 in New York City. New York Mayor Michael Bloomberg is proposing an initiative that would prohibit New York City’s 1.7 million food stamp recipients from using the stamps, a subsidy for poor residents, to buy soda or other sugary drinks. Bloomberg has stressed that obesity among the poor has reached critical levels. (Photo by Spencer Platt/Getty Images)

The same report said officials give the benefits on a sliding basis, with the new maximum for a family of four rising to $835 per month, a 21 percent increase. The average benefit would increase by 27 percent from pre-pandemic levels due to inflation.

Despite the increase in food stamp (also known as SNAP) benefits, most families may only receive a “modest” increase in benefits. That’s because the Center on Budget and Policy Priorities, a liberal think tank, said the Biden administration’s American Rescue Plan’s temporary 15 percent addition to SNAP payments ended on September 30. Even yet, most families will receive a boost in their benefits starting this month, depending on their state’s payment schedule.

The new Thrifty Food Plan said each person’s benefits will increase by approximately $36 per month on average. U.S. Department of Agriculture, which oversees the SNAP program, said a family of four that now qualifies for food stamps might get up to $835 per month in assistance inside the continental 48 states, up from a maximum of $680 before the increase.

Under the old Thrifty Food Plan, an adult male might afford a healthy diet for $45.60 per week, but that diet would contain nearly two pounds of beans and roughly half a pound of meat each week.

ALSO READ: Stimulus Update: IRS Wants Some Individuals To Return the Money Due To Error, Here’s What You Should Do

CBS News said that some participants may not receive the raise until November 1, depending on how the officials distribute the food stamp program in their state. Vermont, for example, distributes SNAP payments at the beginning of every month. Hence, beneficiaries won’t receive a boost until November 1.

Other states, such as Wisconsin, make payments in batches throughout the month. State officials based the dates on the recipient’s Social Security number’s final digit. Benefits come on the second day of each month for individuals whose numbers finish in 0, for example. The assistance is deposited on the 15th of the month for individuals with 9 as their final digit. (To understand more about each state’s distribution process, check this link.)

Despite three rounds of government relief checks, increased unemployment benefits, and other economic measures, millions of Americans remain hungry. Last year, one out of every ten families was food insecure. A proportion that remained constant from the previous year. Anti-hunger activists believe that if the stimulus and other assistance had not been increased, hunger would have increased throughout the epidemic.

How to Qualify for Snap Food Stamps? Officials Share Details

State maximum allotment varies as well. For a one-person household in New York State, the maximum monthly allocation is $250. The allowance for larger families is capped at $835 for a household of four.

RELATED ARTICLE: Still Waiting For the Fourth Stimulus Checks? Here are the States that Distribute Another Payments