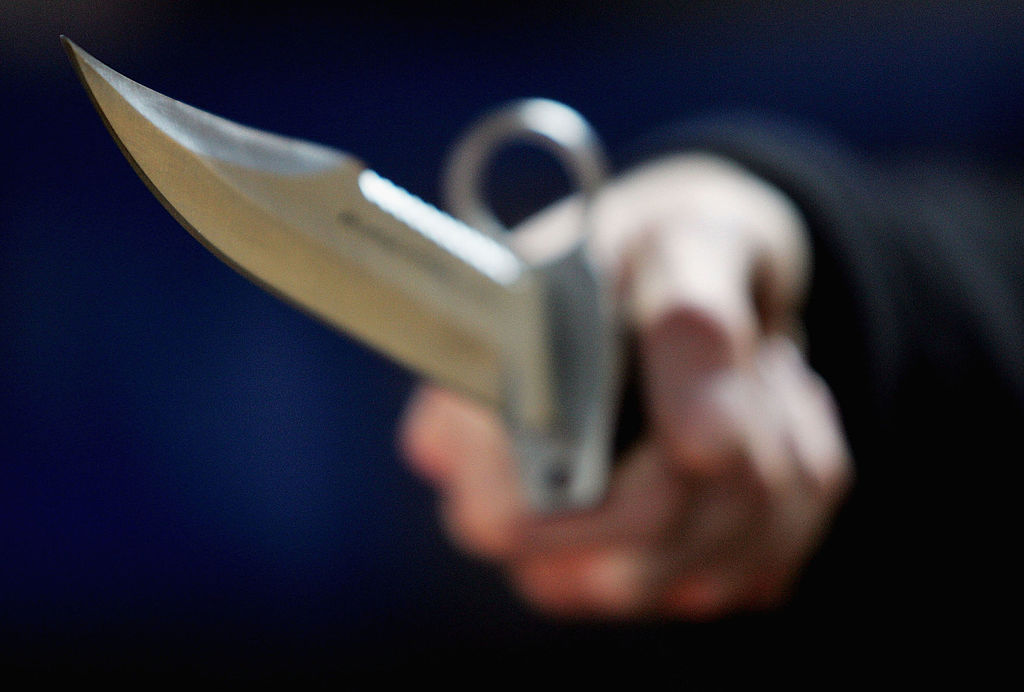 LONDON, DECEMBER 13: A hunting knife is held by an employee at a film and television prop company December 13, 2004 in London, England. Families of stabbing victims have called on the government to make carrying a knife as serious an offence as carrying a gun, with a minimum five-year jail term for carrying a knife with a blade longer than three inches. (Photo Illustration by Ian Waldie/Getty Images)

Authorities reported Sunday that three people died, and a police officer was recovering from surgery after a suspect slit his throat in northwest Arkansas.

On Sunday, the attack took place in Fort Smith, Arkansas, some 160 miles northwest of Little Rock. Fort Smith Police Chief Danny Baker said they deployed officers after receiving a complaint of a disturbance fight with firearms at 6 a.m. local time. 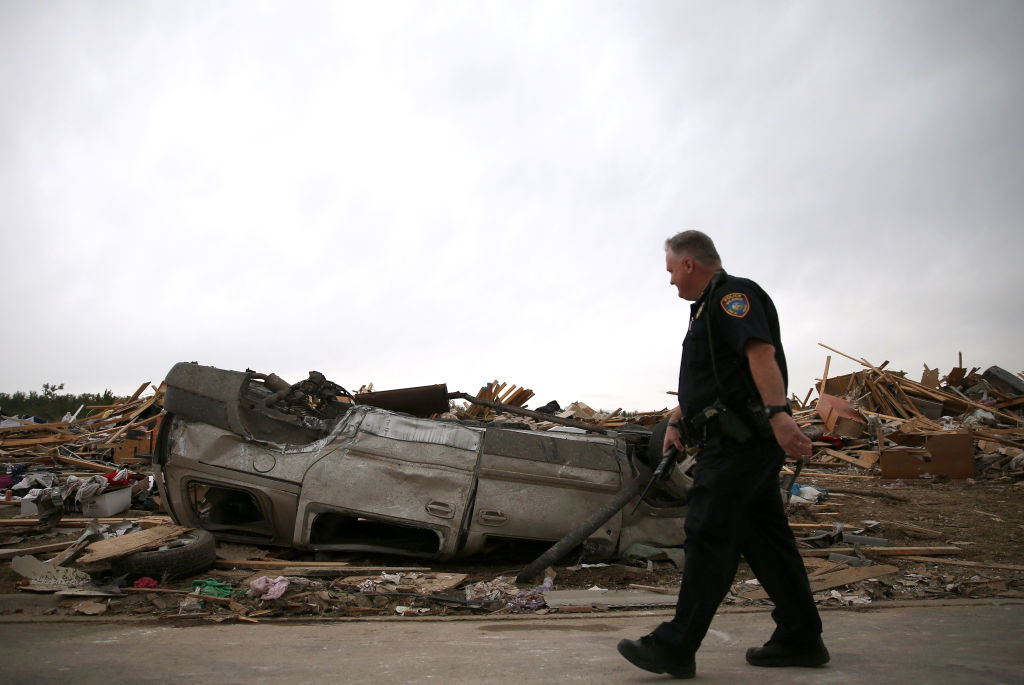 VILONIA, AR – APRIL 29: A police officer walks past an overturned car at a homesite that was destroyed by a tornado on Sunday, April 29, 2014 in Vilonia, Arkansas. After deadly tornadoes ripped through the region leaving more than a dozen dead, Mississippi, Arkansas, Texas, Louisiana and Tennessee are all under watch as multiple storms over the next few days are expected. (Photo by Mark Wilson/Getty Images)

WFLA said an officer saw Christofer Conner beating a 15-year-old boy with a rock in the face and head.

According to Baker, Conner first cooperated when police told him to halt, Baker said the police attempted to detain Conner. The suspect pulled out a knife and slashed the officer’s throat and neck.

According to the Associated Press (via ABC News), the officer then fired two bullets and killed Conner. According to Baker, the cop was recuperating after undergoing surgery for significant lacerations. Baker said the officer has been with the police department for 16 months.

BREAKING: At least 3 people are dead in block of 2800 Tilles Ave. An FSPD officer fired his weapon defending himself from a knife attack and is in surgery at this time. The Arkansas State Police has been asked to investigate due to the matter being an officer-involved shooting. pic.twitter.com/CdAolEpKrO

NBC News said authorities discovered signs of a brutal attack and Julia Marie Moore’s body, with several knife wounds inside their home. Officers also discovered a 5-year-old child inside the home. They sent the child to relatives.

Authorities has yet to determine the connection of Conner and Moore.  They also have to identify the parents of the 5-year-old located in residence.

Authorities placed the injured cop on administrative leave. They also placed a second officer, not involved in the shooting, on the same leave. He is still waiting for the outcome of the critical incident investigation.