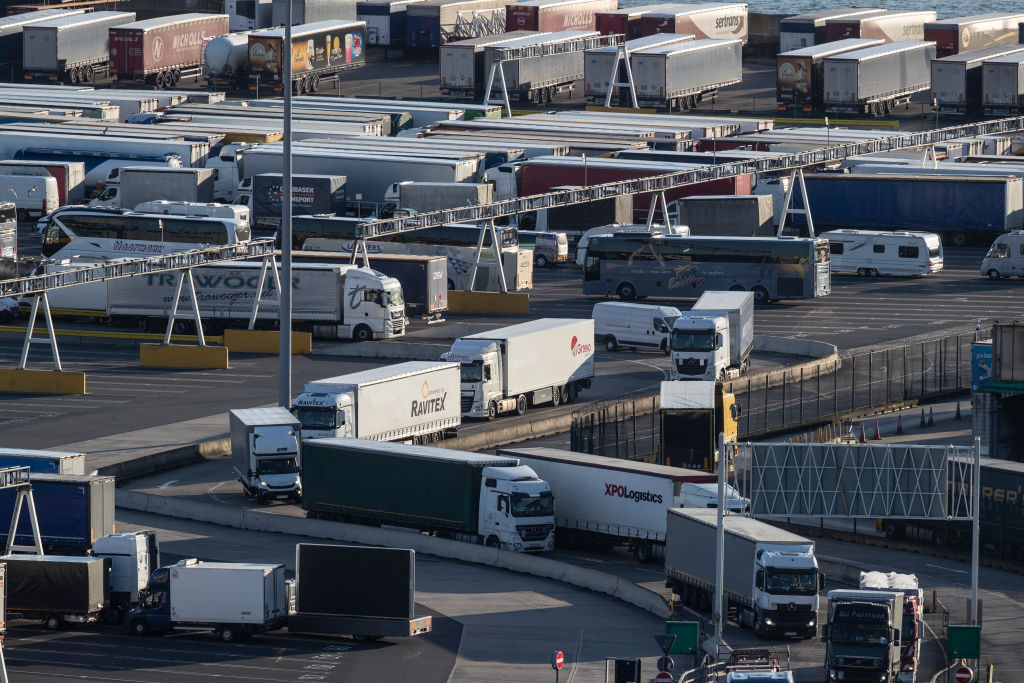 DOVER, ENGLAND - APRIL 04: Lorries arrive and depart from Dover Ferry Terminal on April 4, 2019 in Dover, England. It has been reported the Theresa May has written to the EU asking for an extension to leaving the EU until June 30, 2019. (Photo by Dan Kitwood/Getty Images)

A driver cried over spilled beverages as truck hauling juice boxes crashed on southbound Interstate 49 (I-49) near West Fork at milepost 46.6.

The 18-wheeler collision created an hours-long wait for vehicles, which occurred just after 4:30 a.m. local time. Officials had to clean up the roadway, Arkansas State Police said.

Authorities will dump all of the spilled liquids, Arkansas Department of Health representative who was on the scene told 40/29 News. 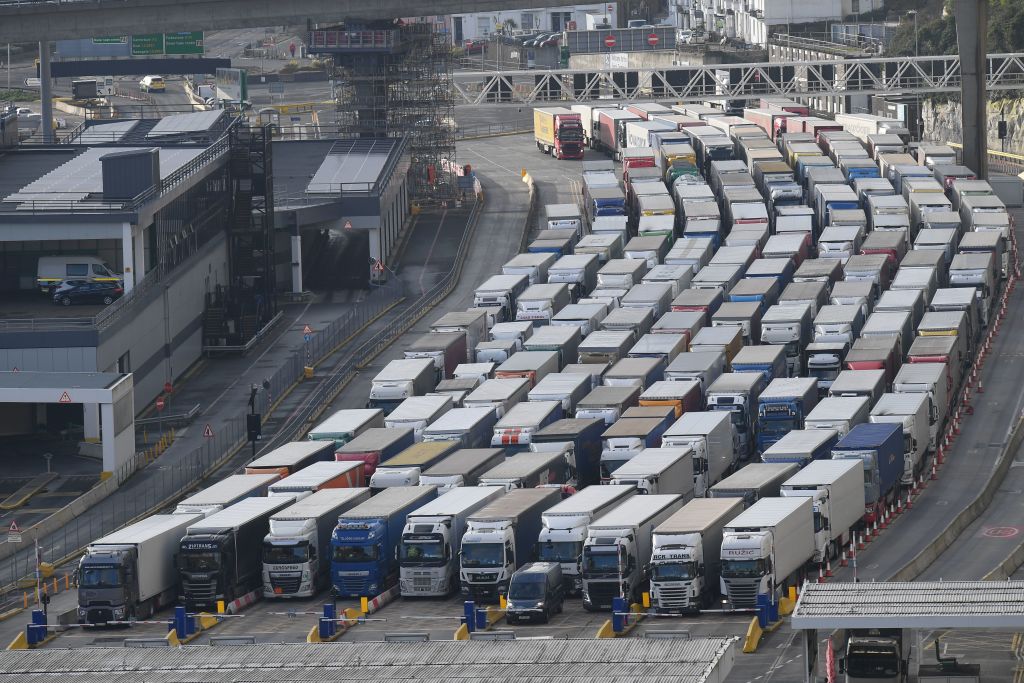 Freight lorries queue to enter the port of Dover on the south coast of England on December 10, 2020. – Big queues of lorries snaked into the port of Dover on England’s south coast for another day with high volumes of freight traffic and disruption at other cargo ports put down to Brexit stockpiling, pre-Christmas build up and transport of medical supplies for Covid care increasing demand. (Photo by JUSTIN TALLIS/AFP via Getty Images)

The reason for the accident is unclear as of writing. Officials recorderd no casualties.

Due to debris from the accident, both southbound lanes of the Interstate were affected. It blocked exits 46 to 53 all morning. ASP was able to assist in opening the outer lanes to traffic at 7:35 a.m., but the traffic backlog continued until 11:3o a.m.

On Friday morning in Carlton County, a big vehicle crashed into a ditch, killing a 49-year-old man.

According to state police (per CBS Minnesota), the truck was driving east on Highway 210 about 5 a.m. when it slid into the ditch near Corona Road.

Dallas Mccloud of Baudette, the semi’s driver, died in the accident. According to a press release from the Minnesota State Patrol obtained by Duluth News Tribune, he was wearing his seat belt.

There were no other cars engaged. The collision occurred between Highway 210 and Corona Road in North Carlton Township.

The Carlton County Sheriff’s Office arrived on the site as well. The accident is still being investigated.

Truck Topples Over i-94

In a separate incident, a driver toppled his semitrailer on Interstate 94 (I-94) on Wednesday morning. The beer cans in its load tumbled out.

According to the Wisconsin State Patrol (via Leader-Telegram), the accident occurred at 9:15 a.m. on I-94 near Hixton in Jackson County.

The one-vehicle accident shut down a traffic lane for several hours while officials removed the truck and its contents. From the moment of the accident until shortly before 3 p.m., one lane was blocked.

According to the State Patrol, the truck is on its side. The top of its trailer torn open. In the ditch behind the trailer, a swath of beer cans and packaging, which seem to be Leinenkugel’s goods, can be seen.

The State Patrol stated on its Facebook page Wednesday afternoon that the accident is still being investigated.