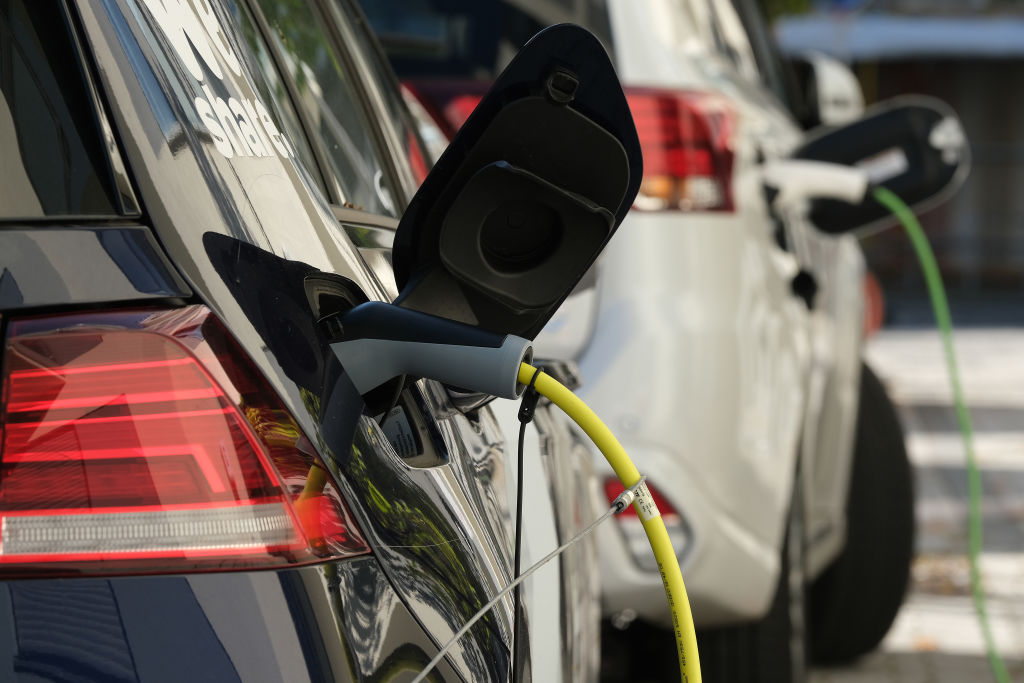 BERLIN, GERMANY - OCTOBER 12: An electric car and a plug-in hybrid car charge at a public charging station on October 12, 2019 in Berlin, Germany. Germany is hoping to encourage electric car sales as a means to brining down CO2 emissions and combat climate change. (Photo by Sean Gallup/Getty Images)

Residents and tourists to Arkansas will soon witness an increase in electric vehicle charging stations due to governmental and private-sector efforts to improve the state’s inadequate infrastructure.

According to a TB&P article, Arkansas Secretary of Energy and Environment Becky Keogh said earlier this week that the state is working toward increased acceptance of electric cars, with the governor prioritizing the development of charging infrastructure. 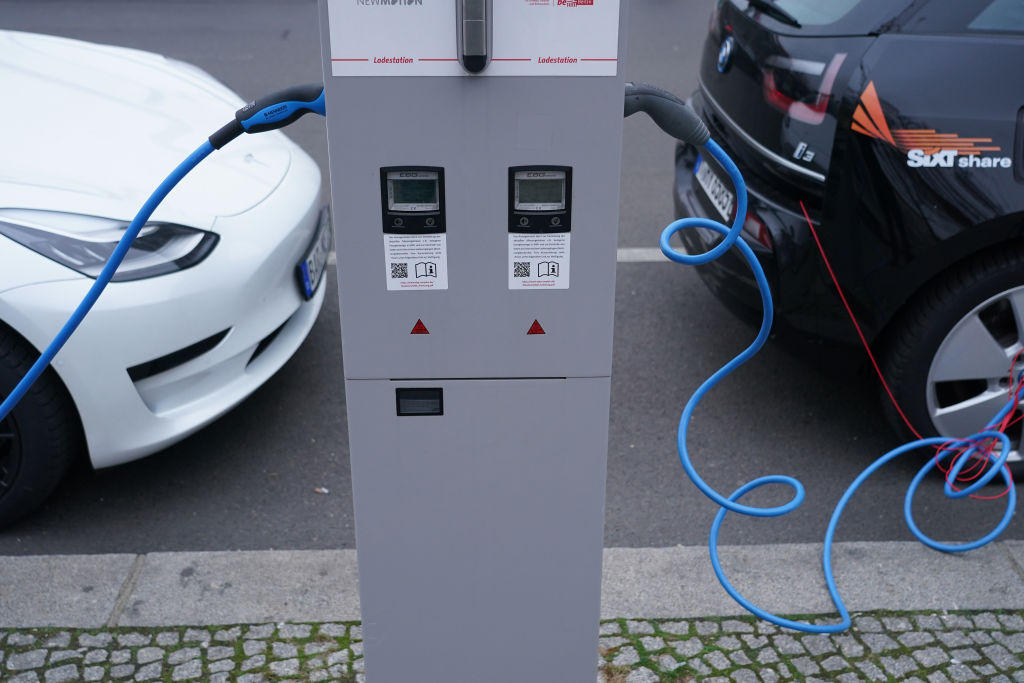 BERLIN, GERMANY – DECEMBER 11: Electric cars charge at a public charging station in the city center on December 11, 2020 in Berlin, Germany. Electric cars are growing in consumer acceptance and popularity in Germany. (Photo by Sean Gallup/Getty Images)

She believes that south Arkansas may be a leader in lithium production for battery storage in the United States. In collaboration with Standard Lithium, a trial program has been running for approximately a year. According to a business news statement dated Oct. 12, the firm has completed a preliminary economic study for its South-West Arkansas Lithium Project. It is anticipated to extract brine and produce 30,000 tons of battery-quality lithium hydroxide yearly over a 20-year period.

There are seven DC fast chargers in Arkansas, not including those owned by Tesla, and more than 100 Level 2 chargers, according to Patti Springs, mobility and sustainability coordinator with the Arkansas Department of Energy and Environment. The state began a four-year refund program on Feb. 1 and has already received 46 applications from private businesses, towns, and cooperatives, some for dual-port chargers. Her organization is working on a financing scheme for DC fast chargers, but it isn’t ready yet.

Rock Region Metro, the public transportation operator in central Arkansas, is funding an electric pilot program with a $5 million grant from the Federal Transit Administration. According to CEO Charles Frazier, the agency is considering 300-mile ranges as well as en route charges. The agency has already spent more than $15 million in a plan to replace all of its diesel buses with compressed natural gas vehicles by 2025. They have modified over half of the fleet so far.

To minimize duplicate expenses, Frazier highlighted the need of public-private and public-public collaborations. According to him, the $5 million award will assist build charging infrastructure that will service the agency’s cars as well as the general public.

Clean Technica said that electric cars powered by a clean grid are an important step toward a future with zero emissions. However, an emphasis on driving lighter, safer, and cleaner electric vehicles (EVs) may help everyone have a brighter future. Large, hefty electric car battery packs take up room and add to the total weight, lowering fuel efficiency. The battery pack accounts for approximately a third of an electric vehicle’s weight. Hence, the demand for improved ways of storing electrical energy is growing. Engineers could slow down the “urgent ticking clock” of renewable energy and climate change. That could only happen if they will lower the total EV weight via ongoing battery improvement.

An study published in Nature in October 2021 recognizes that battery issues are already being addressed worldwide. EV makers are concentrating mainly on batteries that are less expensive or have a greater energy density. The authors suggest that research into battery technology should be accelerated. That’s for them to minimize industrial emissions and use less cobalt and other rare metals and minerals. They claim that tens of millions of electric cars are on the road. Hence, systems for recycling and reusing batteries and other materials must be put in place.

The report “Make Electric Vehicles Lighter to Maximize Climate and Safety Benefits,” authored by a group of academics and civil engineers, applauds the massive new and significant investments in EVs occurring across the world. The United Kingdom, California, the European Union, and Canada eyes phasing out the sale of fossil-fueled cars by 2030. The prospect of all-electric mobility is enticing more and more people.