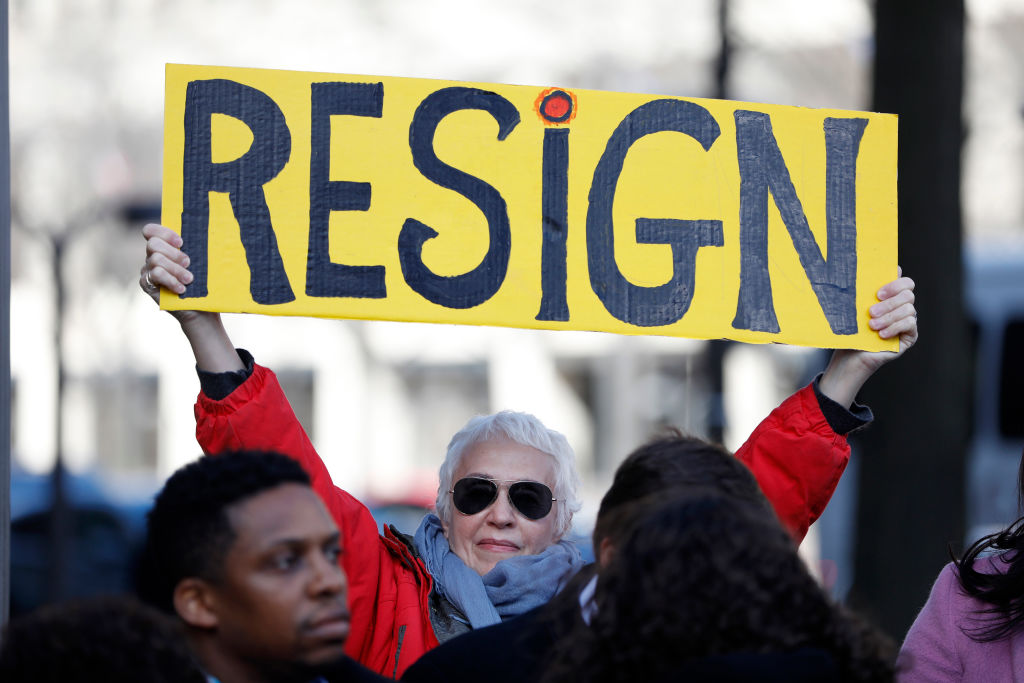 WASHINGTON, DC- MARCH 2: A demonstrators holds a sign during a protest outside the Department of Justice to call for the resignation of Attorney General Jeff Sessions March 2, 2017 in Washington, DC. Sessions is under fire for his contact with a Russian Diplomat during the 2016 Presidential Campaign. (Photo by Aaron P. Bernstein/Getty Images)

Is the Great Resignation trend making a comeback? According to the latest statistics from the US Department of Labor, 4.3 million Americans resigned in August. Since the spring, about 4 million individuals each month have been quitting their employment as part of a trend. 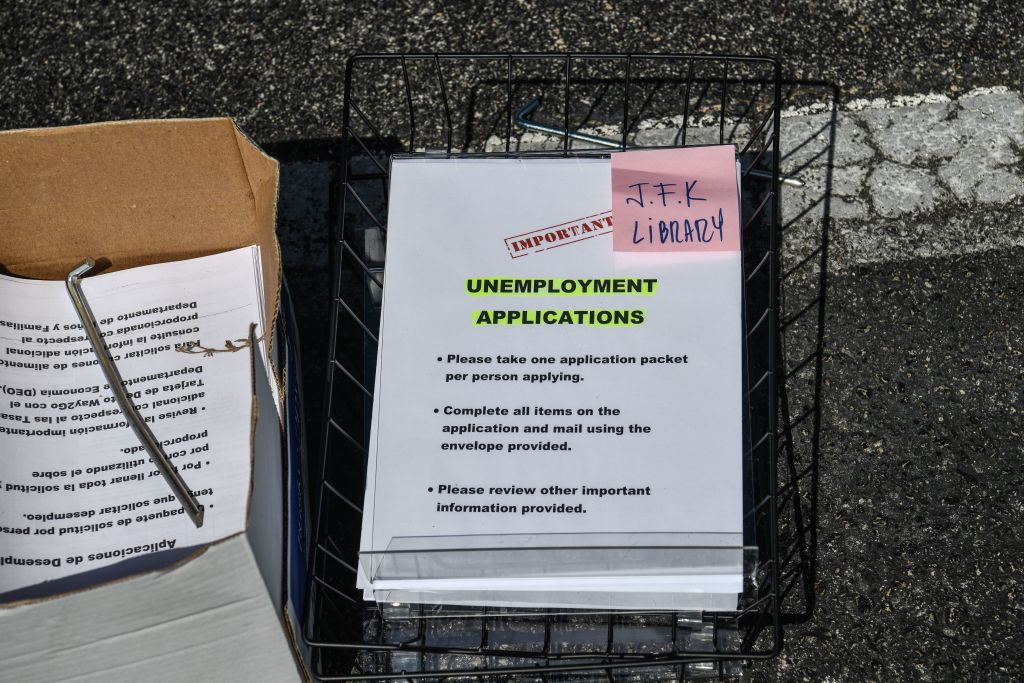 Unemployment forms are seen kept at a drive thru collection point outside John F. Kennedy Library in Hialeah, Florida, on April 8, 2020. (Photo by CHANDAN KHANNA/AFP via Getty Images)

As the economy rebalances after the Covid-19 epidemic, The Independent explained that employees feel they have power in a jobs market characterized by labor shortages.

Wages are rapidly increasing as firms struggle to recruit workers, and many organizations are adding signing bonuses and revising benefit packages in the hopes of attracting new hires and keeping current employees.

The number of individuals leaving their employment is exceptionally high in the leisure and hospitality industry, but the Bureau of Labor Statistics says that people are quitting occupations across a wide variety of sectors.

In August, there were a lot of resignations in professional and commercial services, healthcare and social assistance, and retail.

There were 10.4 million job vacancies at the end of August, according to the monthly Job Openings and Labor Turnover Summary (Jolts) report, down from July’s number but still at a record high.

Time.com said Texas A&M asssociate management professor Anthony Klotz coined the term “Great Resignation” to characterize this burgeoning labor market, which may have a silver lining. They may push businesses to provide greater flexibility in order to attract and keep in-person workers, in addition to raising pay and benefits.

Klotz said there’s a lot of discussion about people wanting more flexibility after the epidemic. According to Klotz, there’s a chance for companies to gather in-person employees and discuss about work flexibility while talking about wages and benefits.

This is particularly true for those in the foodservice and retail sectors. According to BLS statistics, 892,000 employees left hospitality and foodservice occupations in August, while 721,000 left retail sectors. The healthcare industry also took a blow, with 534,000 Americans resigning or quitting jobs in health care and social assistance.

Robert Reich, a UC Berkeley professor of public policy and former US Secretary of Labor said in a tweet that there is no labor shortage. He said that certain issues workers need to resolve. The following are some of them:

The large number of job postings, according to Julia Pollak, chief economist at ZipRecruiter, may contribute to the high quit rate.

She told USA TODAY that there are approximately 50% more employment opportunities today than there were before the epidemic. She stated that someone who was previously passively searching for a new job may have viewed five or six suitable job ads. They’re seeing ten or more now. There are just more appealing options.

Pollak recognized that these job changes may have beneficial consequences, such as increased pressure on businesses to provide healthier work conditions and competitive pay and benefits.

According to Pollak since the beginning of the epidemic, there has been a substantial rise in demand for distant jobs. More than half of all job candidates polled by ZipRecruiter want to work from home.

RELATED ARTICLE: Unemployment Claims in US Finally Decline After A Month