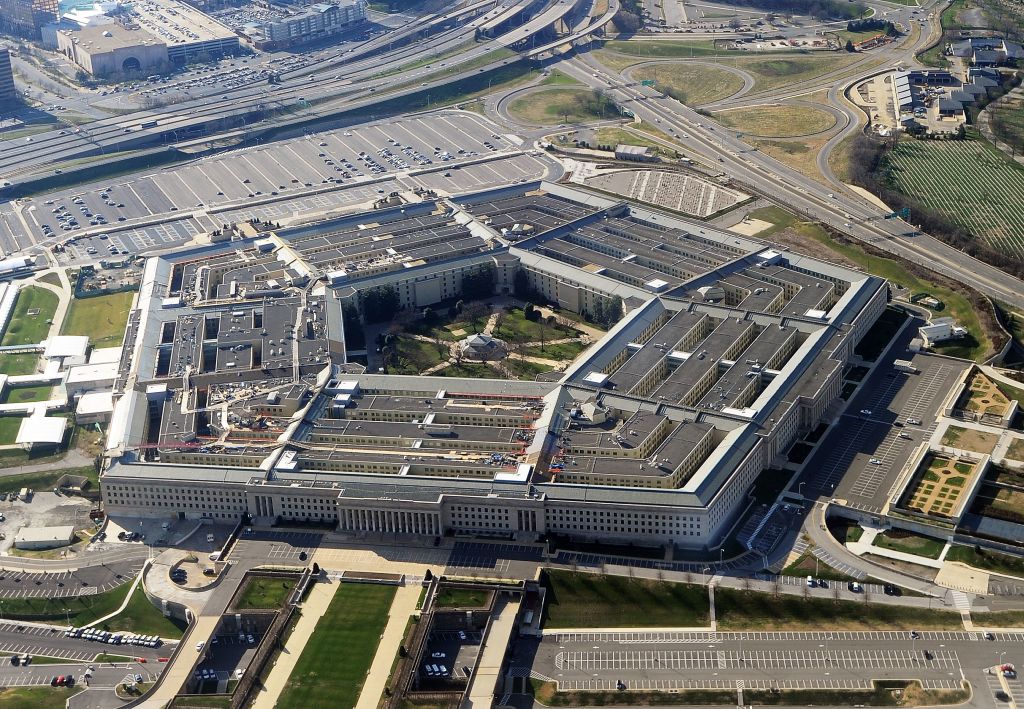 This picture taken 26 December 2011 shows the Pentagon building in Washington, DC. The Pentagon, which is the headquarters of the United States Department of Defense (DOD), is the world's largest office building by floor area, with about 6,500,000 sq ft (600,000 m2), of which 3,700,000 sq ft (340,000 m2) are used as offices. Approximately 23,000 military and civilian employees and about 3,000 non-defense support personnel work in the Pentagon. AFP PHOTO (Photo by STAFF / AFP) (Photo by STAFF/AFP via Getty Images)

Defense Secretary Lloyd Austin warned that national security might be jeopardized and soldiers could be underpaid. That situation could be possible if Congress fails to increase the US debt ceiling before the nation defaults By Oct. 18, lawmakers must vote on raising or suspending the debt limit, or risk missing a payment to creditors, resulting in a historic national default.

“If the United States defaults, it would undermine the economic strength on which our national security rests,” he wrote in a statement. “It would also seriously harm our service members and their families because, as Secretary, I would have no authority or ability to ensure that our service members, civilians, or contractors would be paid in full or on time,” he added. 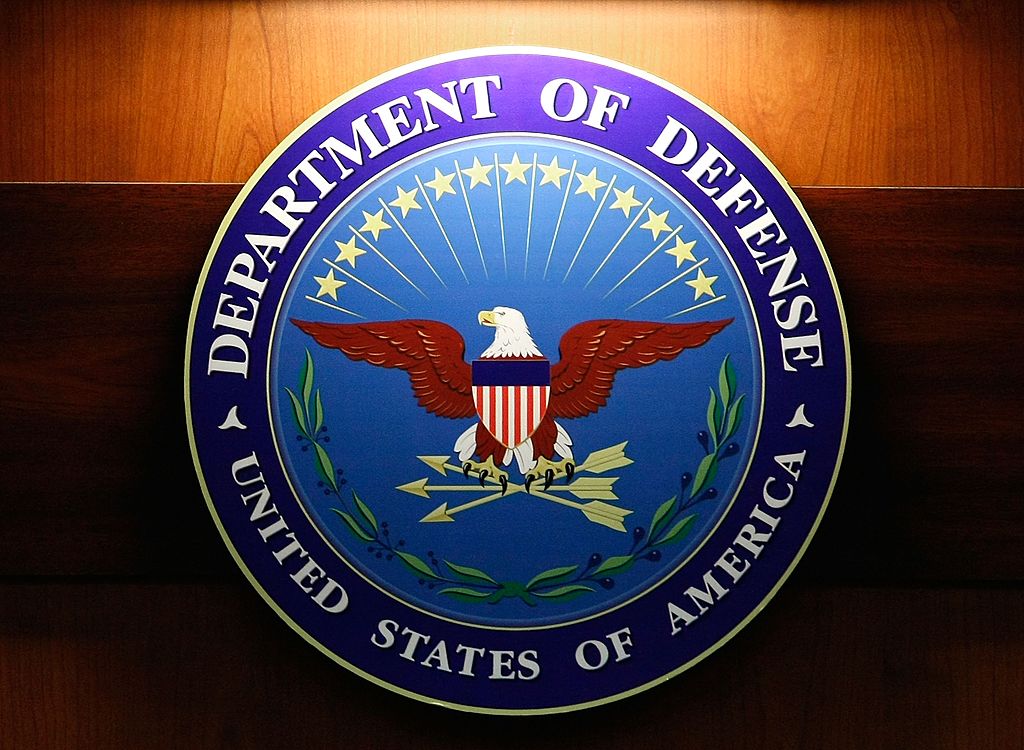 ARLINGTON, VA – SEPTEMBER 27: A light shines on the seal of the Department of Defense during a briefing at the Pentagon, September 27, 2007 in Arlington, Virginia. Today was Chairman of the Joint Chiefs of Staff Gen. Peter Pace’s last official day as Joint Chief Chairman. (Photo by Mark Wilson/Getty Images)

The Department of Defense, the country’s largest employer, warned that payments to major corporations and thousands of small companies may be delayed, jeopardizing American operations.

According to Austin (per US News), the benefits for 2.4 million military retirees and 400,000 veterans would be jeopardized. If Congress fails to act, he said tens of millions of Social Security beneficiaries may have their payments delayed.

His comments came only minutes after a bipartisan group of six former Defense Secretaries wrote to legislative leaders asking them to raise or suspend the debt ceiling as quickly as possible.

Raising or suspending the debt limit does not authorize additional expenditure; rather, it enables the Treasury Department to continue paying receipts for appropriation bills previously approved by Congress.

ALSO READ: Out of Fund: US Government May Miss Payments Such as Military Pay and Social Security Beginning October 15

Federal Gov’t Should Be Setting Aside Money For Military Workers

According to the previous secretaries, the federal government has set aside money for federal contractors who run our military facilities at home and overseas and maintain critical defense technology. Ex-secretaries argue that the government should not expect all-volunteer military personnel to serve the country without compensation. They claim that citizens will not have access to a highly competent military to fight and win the nation’s conflicts if the government does this.

Debt Ceiling Extension Could Cause Recession

A first-ever US default would not only postpone payments to soldiers, but it would also likely cause a recession in the United States, according to experts.

Despite the gravity of the implications, CNBC said Democrats and Republicans seem to be at odds only 12 days before the deadline.

Senate Republicans are preventing Democrats from enacting a debt limit increase or suspension under normal Senate procedures by threatening to filibuster. Instead of a simple majority, a filibuster would compel Democrats to seek at least 60 votes in a Senate divided 50-50 to go forward with a measure.

Republicans argue that Democrats should instead approve a debt-ceiling resolution via a special rule known as reconciliation, which enables some bills to pass with a simple majority in the chamber.

Since the majority seems set on enacting a multibillion-dollar climate and anti-poverty package using the same procedure, McConnell has argued that Democrats should utilize reconciliation to raise the debt ceiling for weeks.