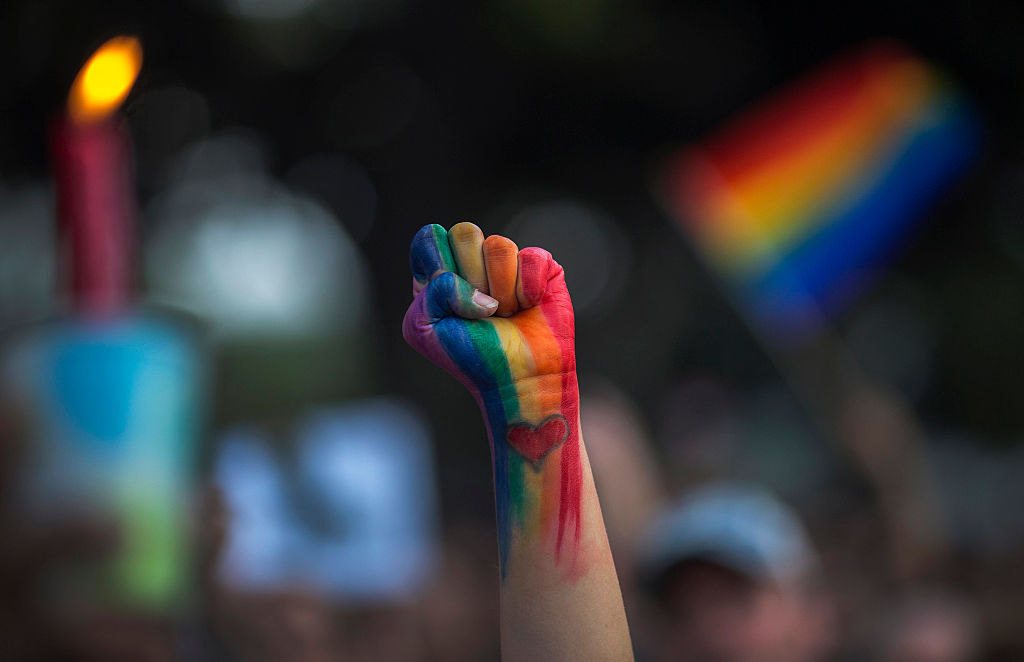 The Arkansas Community Foundation said Monday that a gateway for grants up to $150,000 is now available to assist groups that directly support LGBTQ+ Arkansans via programs, events, or projects. WASHINGTON, DC – JUNE 15: Joseph Fons holding a Pride Flag in front of the U.S. Supreme Court building after the court ruled that LGBTQ people can not be disciplined or fired based on their sexual orientation, Washington, DC, June 15, 2020. With Chief Justice John Roberts and Justice Neil Gorsuch joining the Democratic appointees, the court ruled 6-3 that the Civil Rights Act of 1964 bans bias based on sexual orientation or gender identity. Fons is wearing a Black Lives Matter mask with the words ‘I Can’t Breathe’, as a precaution against Covid-19. (Photo by Chip Somodevilla/Getty Images)

Arkansas Community Foundation President Heather Larkin told KARK that the funds would enable LGBTQ-serving organizations in our state to extend their influence on communities and assist Arkansans work together to create a more accepting and supportive environment for all of us.

The fund will provide grants to Arkansas-based groups that help the LGBTQ+ community. According to ACF, national companies with a local presence, established in-state connections, and strong community links will be eligible.

Funding may be available via program or impact grants.

On National Coming Out Day, President Biden advocated for the rejection of anti-LGBTQ+ legislation in state legislatures and the approval of the Equality Act in the Senate.

Discrimination based on sex, sexual orientation, or gender identity would be prohibited under the Equality Act. The law was approved by the House mainly along party lines earlier this year, but it has yet to be taken up by the Senate.

Regardless of whether or not the person has come out, Biden said on Monday, he wants the LGBTQ+ community to know that they are loved and welcomed.

He said his administration has made progress toward expanding safeguards and equitable opportunities, including as preserving transgender Americans’ ability to serve in the military and supporting human rights throughout the world.

In the United States, National Coming Out Day was first observed in 1988 to promote awareness for the LGBTQ+ population.