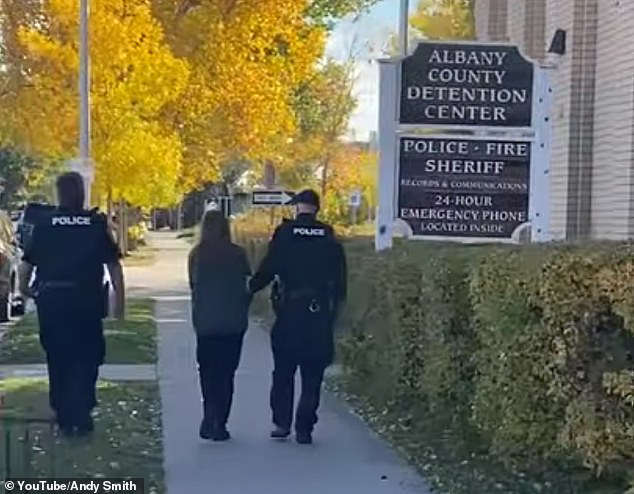 ON THURSDAY morning, Grace Smith, 16, being handcuffed and arrested before she was removed from Larmie High School. (Photo: Daily Mail)

After refusing to wear mask on school grounds on Thursday, a Wyoming teenager was arrested for trespassing and has already received $53,000 in contributions.

Grace Smith a 16-year-old junior at Larmie High School, who describes herself as an “A” student who has never disobeyed the law, has earned three different two-day suspensions and a $1,000 trespassing charge for refusing to leave school without wearing a mask. She accepted the first punishment but challenged the second and third, per MSN. 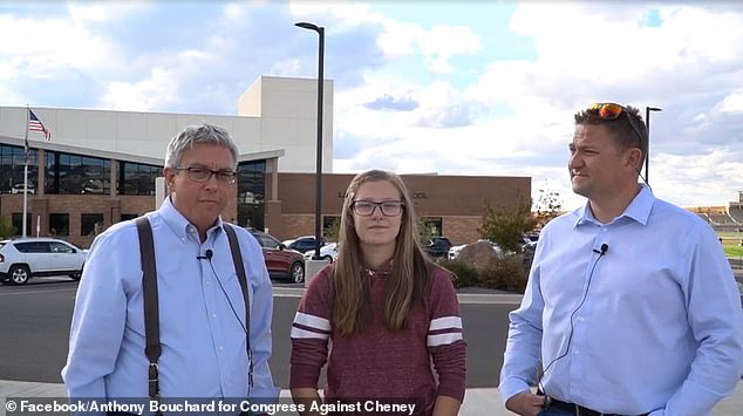 On Thursday morning, according to Larmie Boomerang, Grace Smith returned to LHS after serving two two-day suspensions for failing to comply with Albany County School District #1’s mask mandate, which requires anyone entering a district building to cover their face. The rule, enacted last month in response to an increase in COVID-19 cases, will be reviewed by the school board next week, ahead of the deadline of October 15.

According to Daily Mail, a district spokeswoman is confused about whether Grace returned to school on Monday, the first day she would have been permitted back after her suspension on Thursday.
An officer tries to negotiate with Smith in a video shot on Smith’s phone. 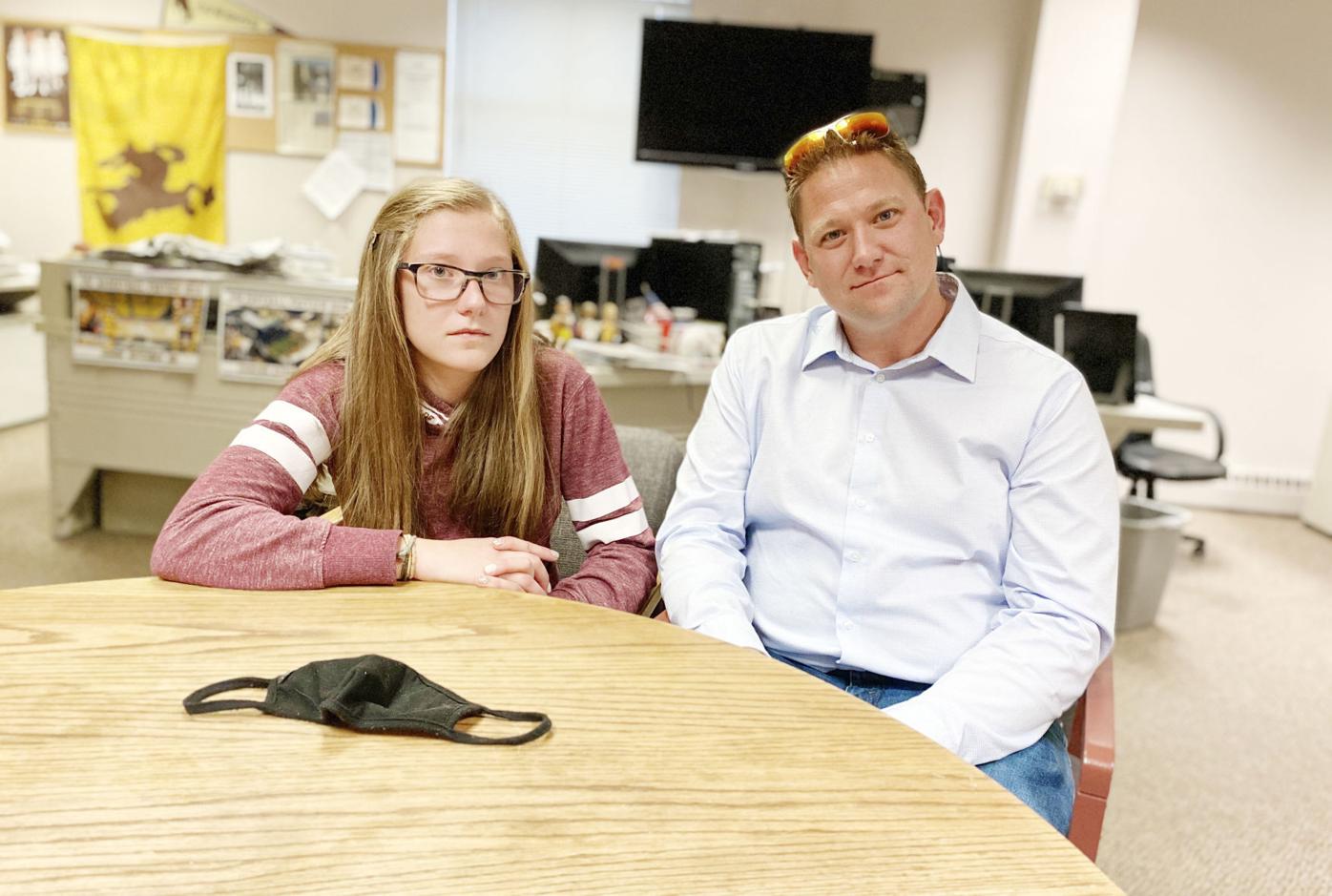 A God-Given Rights Taken Away From Her

Grace’s father Andy uploaded a second video on YouTube showing his daughter being escorted to the Albany County Detention Center when she peeks over an officer’s shoulder at her filming father. Furthermore, Grace explained that it is because she is growing up in a place where she’s supposed to have her God-given rights to protect, which she believes was being taken away from her. In addition, according to her, everyone has the right to wear a mask if they want to, but she equally believes that everyone has the right not to wear a mask if they’re going to.

The Teenager Is Bound To Expulsion

Grace is now facing expulsion, which takes effect after ten days of suspension. During her crusade, she has amassed a total of six. According to the Wyoming Department of Health, there are 76,144 confirmed COVID-19 cases. The state reported a seven-day average of 314.7 instances on Wednesday, up from 34.3 on April 18. Moreover, compared to the national average of 56.4 percent, about 49 percent of Albany County inhabitants are completely immunized. 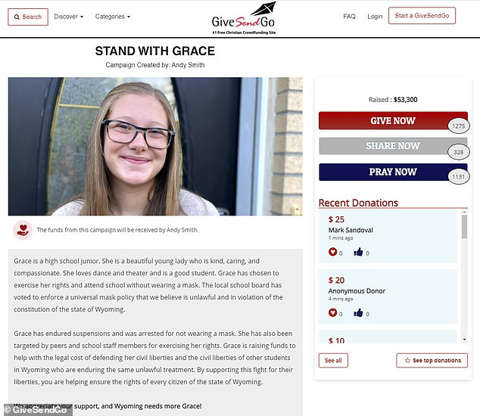 Grace is gathering donations to cover the legal costs of defending her civil liberties and the civil liberties of other Wyoming students who are facing the same unjust treatment. (Photo: Daily Mail)

Grace had raised $53,275 on Monday afternoon on GiveSendGo, a right-wing contribution portal popular among the January 6 Capitol rioters. Thus, according to the contribution page, Grace has chosen to exercise her rights by not wearing a mask to school; the local school board has decided to enact a universal mask policy, which the group believes is unconstitutional and violates Wyoming’s constitution.

Grace has been suspended and has been arrested for not wearing a mask. Peers and school staff members have also harassed her for exercising her rights. Hence, the teenager claimed she had paid the price for her anti-mask beliefs. Thus, she gained discrimination from teachers and her friends, but per Grace, the teacher’s prejudice is absurd.

On the other hand, Grace is gathering donations to cover the legal costs of defending her civil liberties and the civil liberties of other Wyoming students who are facing the same unjust treatment. Grace insists that it is all her decision to continue breaking her school’s rules.