Even though the former president has not yet formally announced his candidacy, Trump hinted at a potential campaign slogan.

Republican Sen. Charles Grassley and Gov. Kim Reynolds celebrated Donald Trump’s return to Iowa on Saturday, standing by him as he rehashed his accusations of voter fraud and a stolen election to a crowd of thousands.

The state’s senior senator, who just announced his decision to run for an eighth six-year term, introduced Trump by noting there was  “a great crowd honoring a great president of the United States.”

During the rally, Trump formally endorsed Grassley and the state’s first-in-the-nation caucuses, which have served as the launching point for both major political parties’ presidential nominating contests for decades. 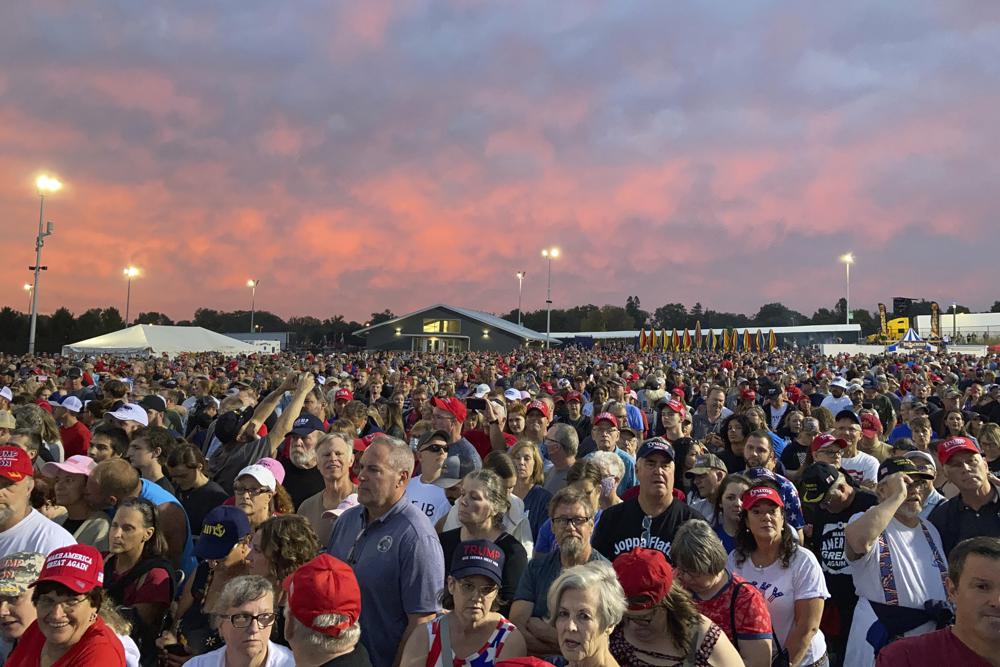 DES MOINES, I.A. – Oct. 9, 2021: People gather ahead of an appearance by former President Donald Trump at a rally at the Iowa State Fairgrounds in Des Moines. (Photo: AP Photo/Thomas Beaumont)

“We must send the radical Left a message they will never forget,” Trump said. During another portion of the rally, Trump declared, “we’re going to take America back.”

He stressed that the new slogan is distinct from his 2020 campaign slogan, “Keep America Great,” because “America is not great now.”

However, C-SPAN has come under fire for covering the Iowa rally as “Campaign 2024,” even though the former president has not officially declared his candidacy. People are questioning the intention of the coverage.