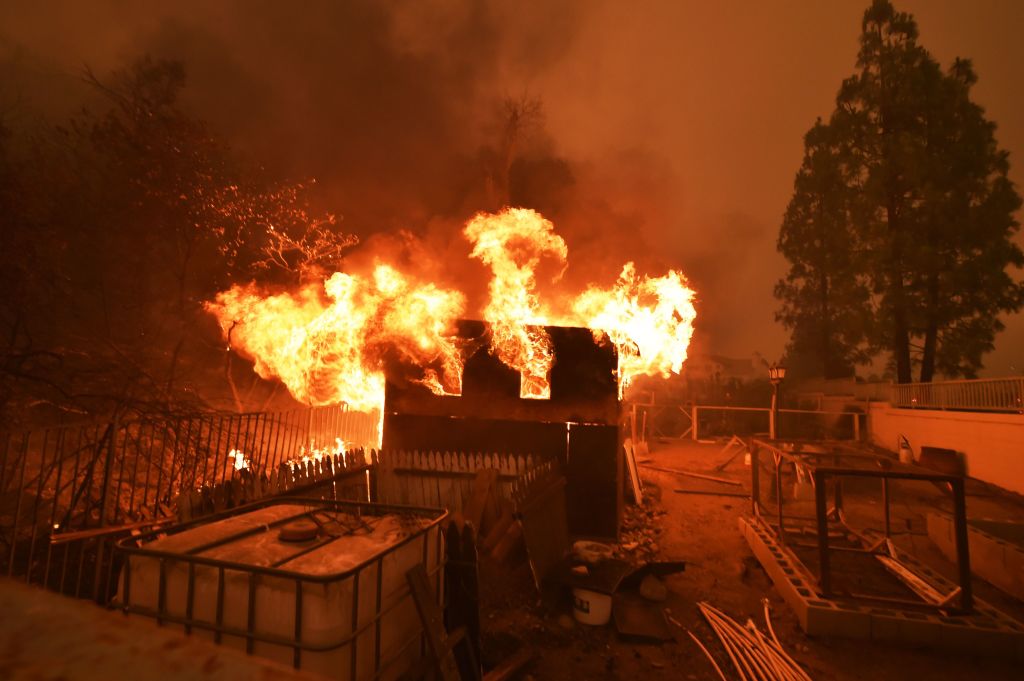 A plywood structure burns during the Holy Fire in Lake Elsinore, California, southeast of Los Angeles, on August 9, 2018. - A man suspected of intentionally starting the Holy Fire on August 6 in the nearby Cleveland National Forest was charged August 9 with multiple felony counts involving arson. (Photo by Robyn Beck / AFP) (Photo credit should read ROBYN BECK/AFP via Getty Images)

On Tuesday afternoon, a D.C. police officer shot a man who was accused of barricading himself in his Northeast house.

According to WUSA9, officers went to McDonald Place shortly after 12 pm after a suspect shot a victim person with a B.B. pistol that had an orange tip.

Officers discovered an unidentified individual with a big machete when they arrived. The man allegedly produced a pistol from his belt that did not fit the description of the previously reported B.B. gun, according to police. 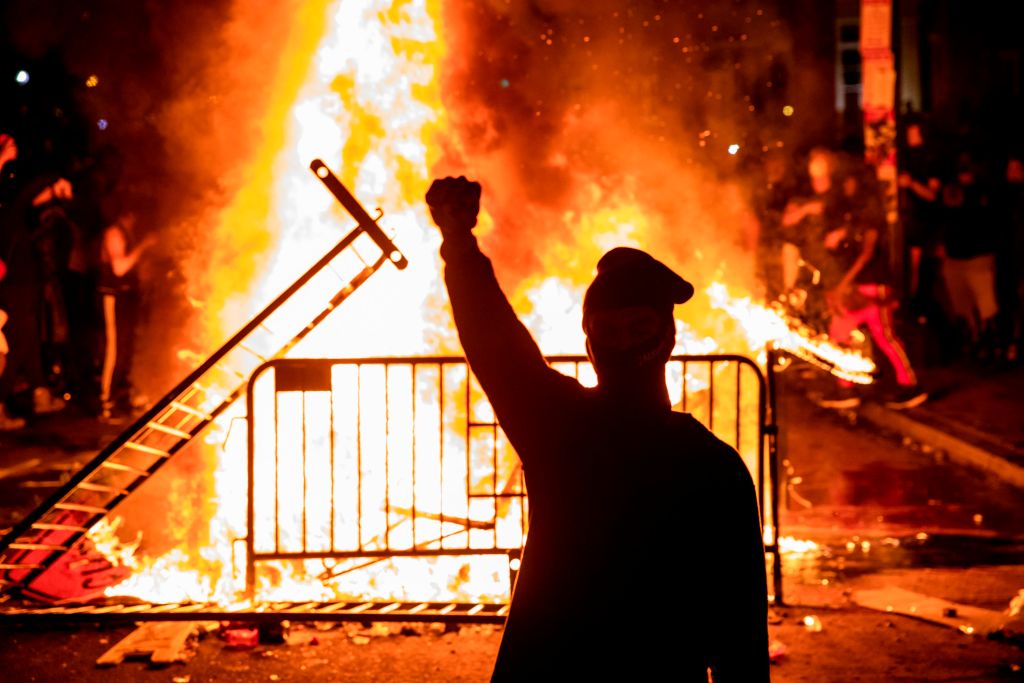 TOPSHOT – A protester raises a fist near a fire during a demonstration outside the White House over the death of George Floyd at the hands of Minneapolis Police in Washington, DC, on May 31, 2020. – Thousands of National Guard troops patrolled major US cities after five consecutive nights of protests over racism and police brutality that boiled over into arson and looting, sending shock waves through the country. The death Monday of an unarmed black man, George Floyd, at the hands of police in Minneapolis ignited this latest wave of outrage in the US over law enforcement’s repeated use of lethal force against African Americans — this one like others before captured on cellphone video. (Photo by Samuel Corum / AFP) (Photo by SAMUEL CORUM/AFP via Getty Images)

Man Had History of Arson

According to Benedict, the individual had a history of setting fire to the house where he was trapped. Officers had been speaking with the guy for three hours when they smelled smoke coming from the house at 4:30 pm.

He said the man ignited an accelerant on fire on the basement steps, which prompted the Emergency Response team members to enter the basement.

When MPD officers arrived at the foot of the steps, Benedict claimed the man discharged what looked to be a handgun at the police, and there were apparent holes in the wall. One of the cops then rounded a corner and fired a shot at the man. Responders brought the victim to a neighboring hospital, where his condition is serious but stable.

Officers discovered a “quite large” blade and a paintball pistol, according to Benedict. The cop who was shot did not sustain any injuries.

Jaron Wimbish, 25, of Northeast D.C., has been identified as the barricaded guy. Wimbish was arrested Tuesday and charged with Assault on a Police Officer While Armed, Assault with a Dangerous Weapon, and Arson.

Officers from the MPD who took part in the shooting have been placed on administrative leave. According to authorities, the footage from the body worn camera is being evaluated.

The man was transported to the hospital for treatment and is expected to recover.

RELATED ARTICLE: 62-Year-Old Akron Man Pronounced Guilty Due to Arson that Claims the Lives of 9 Persons