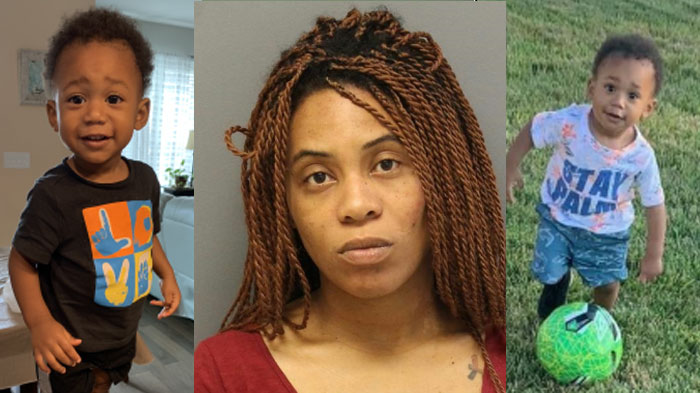 Officials arrested Camille Singleton in Georgia on Sunday afternoon. They also took her 2-year-old son, who had been the subject of an Amber Alert into custody.

WCNC said Singleton, 31, has been charged with the murder of her grandmother, Inita Gaither. Officials found Gaither dead inside a Clayton house on Thursday afternoon. “It’s been a struggle knowing that something like that happened to her because she was so nice and social,” neighbor Ronald Thomas told WRAL.

South Fulton Georgia Police Department detained Singleton at a Walmart store in Georgia at around 11 a.m. A concerned citizen informed police after recognizing her.

Authorities said Dior Singleton, a 2-year-old, was not kidnapped from the house where the murder happened. When they arrived in Clayton, Dior was with his mother. He was left with her. Officials said that the kid was not injured.

Officers were sent to the Crawford Parkway house about 4:30 p.m. on Thursday after they got a welfare check, Fox 5 Atlanta said. They discovered Gaither, the homeowner, deceased inside. She was 68 years old at the time.

After learning that Dior Singleton’s father is deployed on a US Navy ship at sea, the Clayton Police Department requested an Amber Alert.

“I’m relieved and happy they were actually found. I’m glad the baby is OK. That was our major concern,” said Thomas.

Singleton was driving a white 2021 Chevrolet Silverado U-Haul 2 door pickup truck with Arizona registration AL-35574. But police said per Fox News that the keys are in a U-Haul dropbox in Georgia.

Singleton will most likely be taken to the Fulton County Jail. She is placed on fugitive hold pending extradition to North Carolina.

Family members, according to officials, will pick up Dior Singleton.