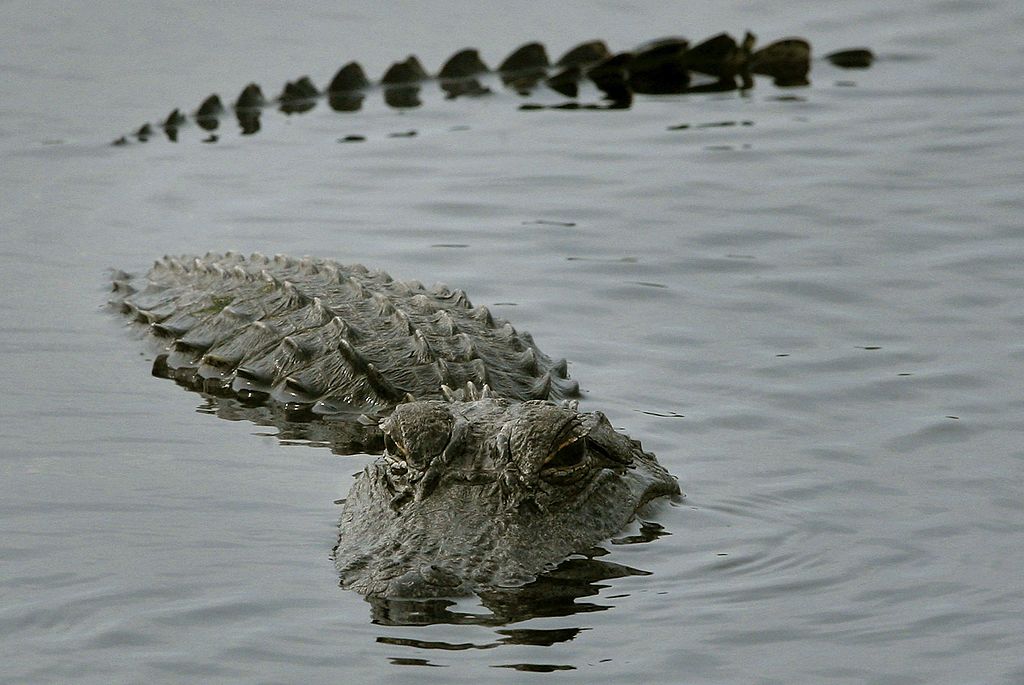 CAPE CANAVERAL, FL - DECEMBER 08: An aligator surfaces in a pond near located near the Space Shuttle Discovery as it sits on launch pad 39b at Kennedy Space Center December 8, 2006 in Cape Canaveral, Florida. NASA will attempt another nighttime shuttle launch December 19 after scrubbing after the first due to excessive cloud cover. (Photo by Mark Wilson/Getty Images)

An alligator severely attacked a homeless woman’s leg, arm, and hand after falling into a canal in St. Petersburg, Florida on Monday.

According to People (via MSN News), the incident happened about 6 a.m. between 4th Street and 18th Avenue South, near a bridge over Salt Creek. It’s a well-known spot for homeless individuals to sleep beneath the bridge and along the shoreline. 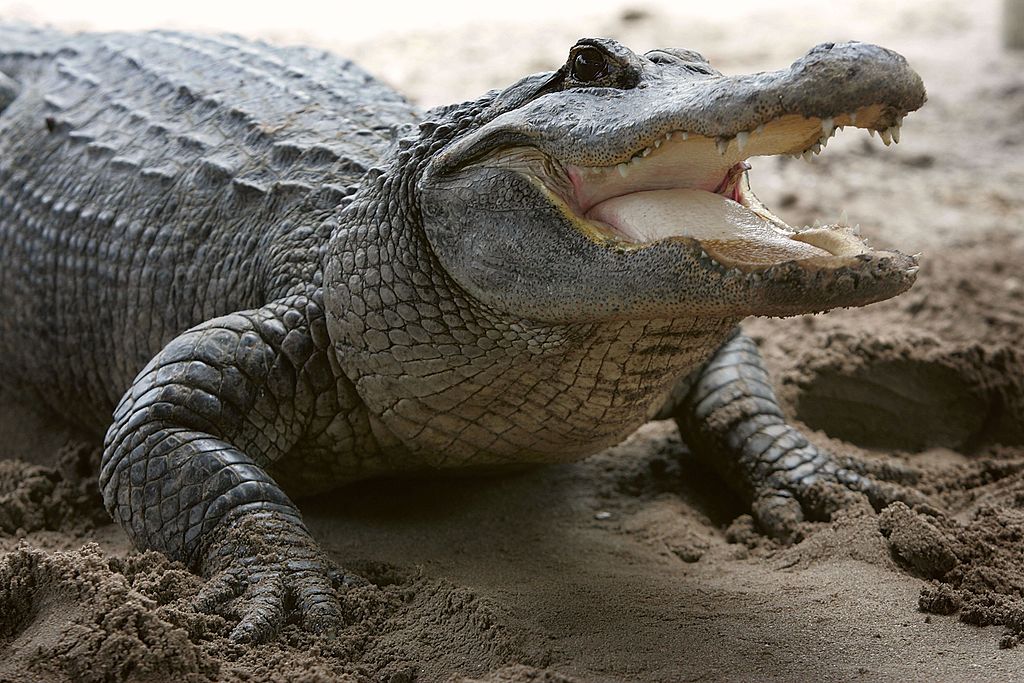 MIAMI – MAY 17: An alligator is seen at the Gator Park in the Florida Everglades May 17, 2006 in Miami-Dade County. There has been a record three deaths attributed to alligator attacks in Florida in the month of May. (Photo by Joe Raedle/Getty Images)

Dale Mastry told Fox13 News that the woman slept at the edge of the wall. The person then fell and splashed to the alligator’s spot. The alligator immediately reacted as it would, Mastry added.

Mastry’s family has operated a bait and tackle store in the neighborhood for almost 50 years. He doesn’t remember any prior alligator assaults in the region, he added.

Residents may spot the alligators swimming up and down the stream every now and again, according to Mastry.

State wildlife authorities brought in a trapper. They removed the alligator  a few hours later. It was 10 feet 11 inches long, according to reports.

Police said responders took the victim, in her 50s, to hospital with serious injuries and is now stable.

There is still a risk of human-alligator conflict, officials said. The Florida Fish and Wildlife Conservation Commission statistics show that there has been an average of seven unprovoked alligator attacks each year since 2009.

According to FWC statistics, there were 12 total alligator bites on people in 2020, with eight of them classified as “serious” attacks. When it comes to alligators, the FWC offers the following safety advice: