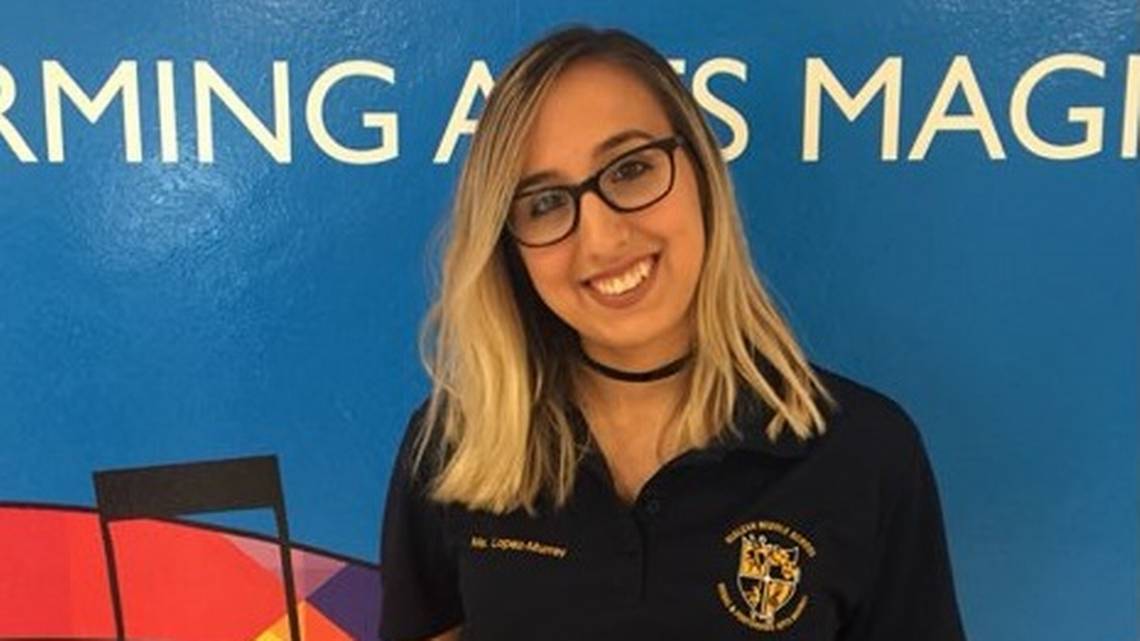 On Monday, a Florida middle school teacher was arrested after police discovered she had a two-month sexual connection with a 14-year-old former pupil.

Brittiny Lopez-Murray, a theatre teacher at Hialeah Middle School, was arrested and charged with several felonies, including molestation, lewd and lascivious battery, and sexual activities with a kid, at the Miami-Dade County prison. In Florida, illegal sexual conduct with children can result in a sentence of up to 15 years in jail, per MSN.

Student’s Family Saw Obscene Photos and Videos of the Teacher

According to the Miami-Dade County Public School District (M-DCPS), Lopez-Murray had not earned any disciplinary action in the four years she had been teaching. In 2017, she was selected the school’s “rookie teacher of the year.”

On the other hand, according to authorities, the pupil is currently in high school and used to be in one of Lopez-Murray’s classrooms. After seeing “explicit text conversations and photographs” exchanged between the student and Lopez-Murray, the victim’s sister became suspicious. In addition, according also to authorities, the victim’s father eventually discovered photographs of Lopez-Murray’s “exposed breasts and vagina” that she had sent the kid. Hialeah police acquired further information after interrogating the student, which led to the teacher’s arrest.

Where it all Starts

Lopez-Murray reportedly reached out to the student in August 2021 and professed love and sexual emotions towards him, according to the student. Following an initial date, the woman’s automobile was used for several sexual encounters, including actions in multiple locations.

M-DCPS will begin the process of terminating Lopez-Murray employment and prohibiting her from pursuing future employment with the District as a result of this arrest. (Photo: via Editorials99)

Lopez-Murray Barred from Future Employment with the District

The M-DCPS expressed its sadness at the news and the severe nature of the charges in a statement received by Newsweek on Monday. Furthermore, according to the statement, all staff undergo training and are required to follow the District’s Standards of Ethical Conduct policy. However, despite their best efforts, some people behave in ways that are counter to what is expected of them. M-DCPS will begin the process of terminating Lopez-Murray employment and prohibiting her from pursuing future employment with the District as a result of this arrest.

Other Sexual-Related Cases M-DCPS has Dealt With

Lopez-arrest Murray’s is the latest in a string of sexual-related cases handled by the M-DCPS. The school system was ordered to pay $6 million to a former student allegedly raped at Palmetto High School by a federal jury on Friday. The jury found that the school system did not do enough to stop Jason Edward Meyers, a creative writing instructor accused of harassing and sexually assaulting at least eight pupils over his 14 years on the job. Meyers is currently facing charges in a separate criminal case involving the same victim.

Robert Ortiz, 27, a former teacher at three of the District’s schools, was sentenced to 6 1/2 years in federal prison last week for possessing child pornography. According to the Miami Herald, Ortiz’s collection includes up to 600 sexually graphic photographs and films of kids.