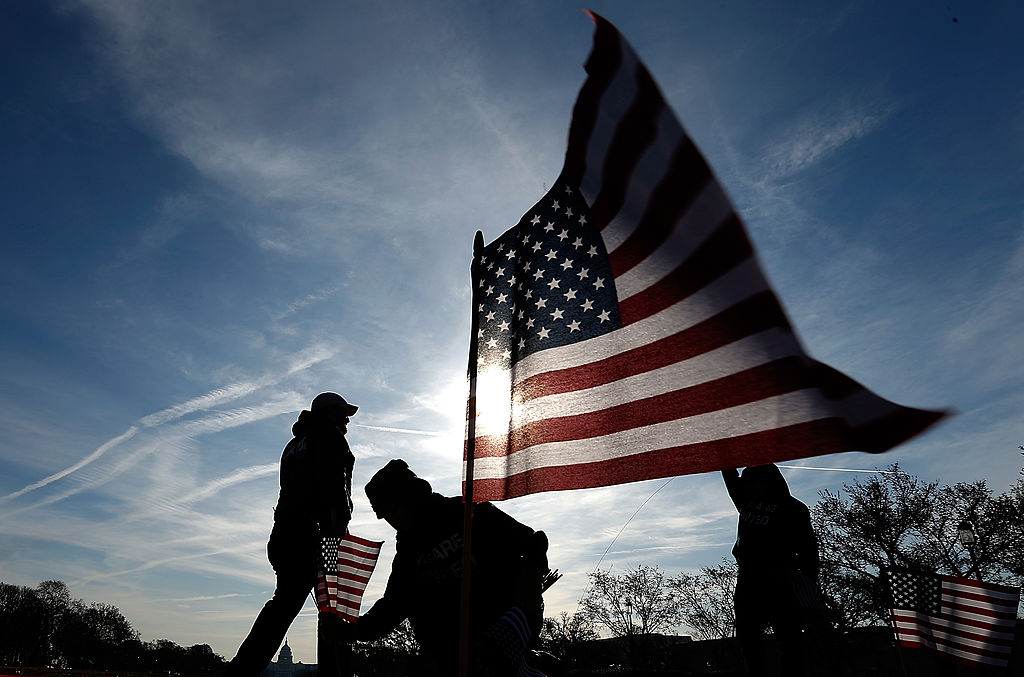 WASHINGTON, DC - MARCH 27: U.S. military veterans set up 1,892 American flags on the National Mall March 27, 2014 in Washington, DC. The Iraq and Afghanistan Veterans of America installed the flags to represent the 1,892 veterans and service members who committed suicide this year as part of the "We've Got Your Back: IAVA's Campaign to Combat Suicide." (Photo by Win McNamee/Getty Images)

The Arkansas Veterans Memorial Tribute Program will have its inaugural ceremony next week. They will honor 33 newly identified veterans and one family member.

Authorities will conduct a memorial ceremony at the Arkansas State Soldiers Cemetery, situated at 1501 W Maryland Ave. in North Little Rock, on Oct. 13 at 10 a.m. It is to commemorate veterans who served in all military branches throughout various periods.

According to state authorities, the event will be live-streamed from the Arkansas Department of Veterans Affairs’ Facebook page and accessible to the public. 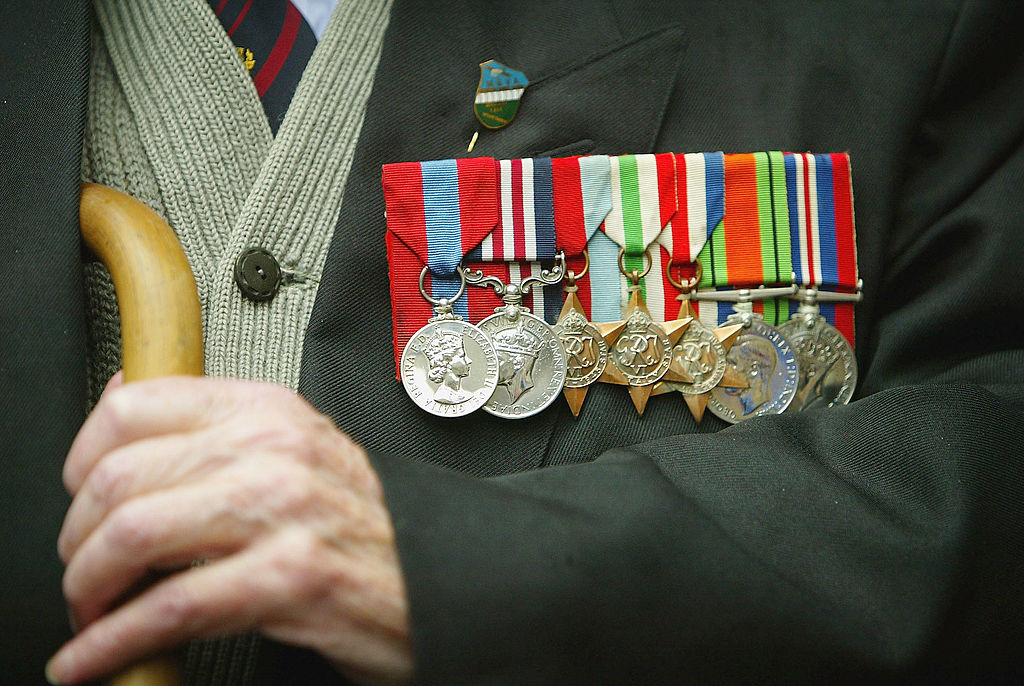 EDINBURGH, SCOTLAND – MAY 28: An old soldier proudly shows of his campaign medals May 28, 2004 in Edinburgh, Scotland. Old soldiers of the Normandy Veterans Association gathered at The National War Memorial, Edinburgh Castle, Scotland, to hold a memorial service to commemorate fallen comrades ahead of the 60th anniversary of the D Day landings. (Photo by Christopher Furlong/Getty Images)

What Happens When A Veteran Dies Without Family Near Them?

Veterans occasionally die without a family to claim them, according to Beatty. She stated that this initiative enlists the help of local, state, and federal agencies to locate unclaimed military remains. Identifying an unclaimed veteran, according to Beatty, takes a lot of time and work. Beatty added that coroners, funeral directors, and volunteers have been trying to identify unclaimed Arkansas military remains.

Beatty went on to say that the program was able to authenticate soldiers through genealogy research techniques. Arkansas Department of Veterans Affairs cemetery director also helped them identify the veterans.

Regardless of where they may have been in life, KVUE said all qualified soldiers are now buried with respect and dignity. The lack of next-of-kin may arise for several reasons. These include the elderly veterans’ next-of-kin may have died off, or survivors have been unable to find them.

RELATED ARTICLE: Life Imprisonment For More Than 300 Military And Civilians