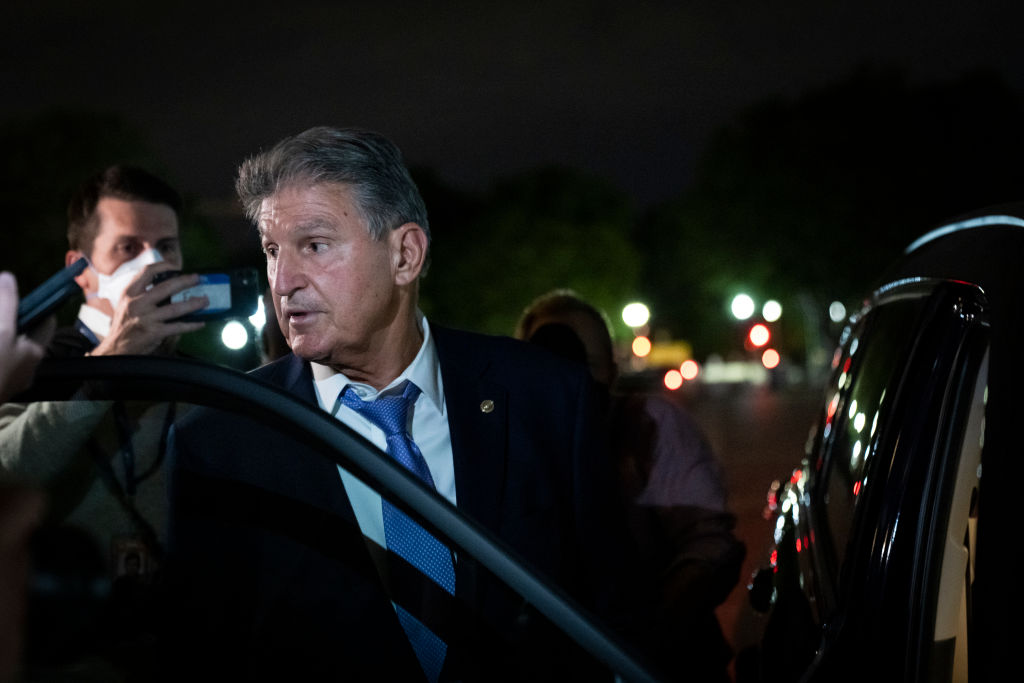 WASHINGTON, DC - SEPTEMBER 30: Sen. Joe Manchin (D-WV) exits the U.S. Capitol after meeting with White House officials September 30, 2021 in Washington, DC. Manchin has stated that he will not support a social policy spending package that goes over $1.5 trillion, at odds with the $3.5 trillion package supported by more liberal Democrats. (Photo by Drew Angerer/Getty Images)

Sen. Joe Manchin offered a compromise to Senate Majority Leader Chuck Schumer last summer to keep the overall cost of Democrats’ massive spending package to $1.5 trillion. According to a copy of the agreement acquired by POLITICO, Manchin also proposed starting the discussion no sooner than October 1.

In recent days, the West Virginia senator has passed the paper to Democratic colleagues and leaders to emphasize that he has laid out his red lines on President Joe Biden’s jobs and families proposal. The one-page agreement was signed on July 28, only days before the Senate approved a bipartisan infrastructure measure that Manchin helped draft. The Senate passed a budget that laid the stage for a $3.5 trillion spending plan. 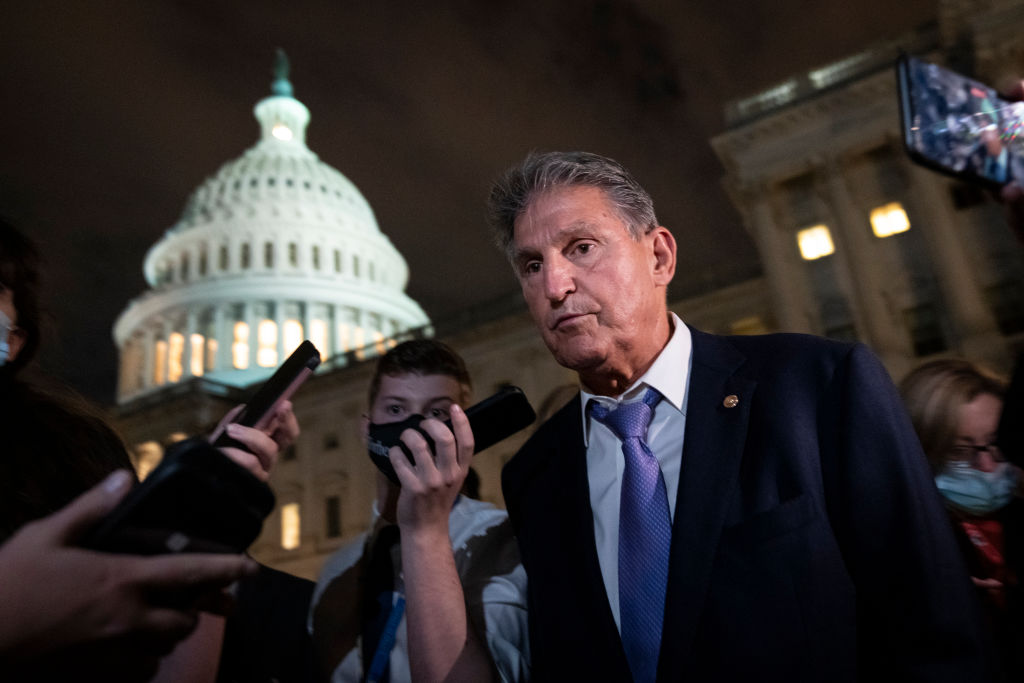 WASHINGTON, DC – SEPTEMBER 30: Sen. Joe Manchin (D-WV) and  Director of the U.S. Domestic Policy Council Susan Rice exit a closed-door meeting at the U.S. Capitol on September 30, 2021 in Washington, DC. Manchin has stated that he will not support a social policy spending package that goes over $1.5 trillion, at odds with the $3.5 trillion package supported by more liberal Democrats. (Photo by Drew Angerer/Getty Images)

Manchin recommends increasing the corporation tax rate to 25%, the highest income tax rate to 39.6%, and the capital gains tax rate to 28% in the paper, with any money from the measure “exceeding” $1.5 trillion going to deficit reduction.

Manchin has made the deficit one of his top priorities, and in this document, he requests that the Federal Reserve reduce its quantitative easing program in order to alleviate inflation concerns, as well as that no monies in this bill be spent until past Covid assistance money is distributed.

The paper was signed by both Manchin and Schumer. “I will attempt to discourage Joe on many of these,” Schumer said in a letter.

Democrats are unlikely to accede to Manchin’s demands, and it’s unclear how flexible Manchin will be in the end. However, the paper reveals that Manchin has given Schumer more information than many other Democrats.

Since signing the agreement, he’s visited with Biden numerous times and has been in contact with the White House on a regular basis this week. Manchin’s idea has so far been widely rejected by the White House and other Democrats. They must, however, accommodate him in a 50-50 Senate, where Democrats cannot lose a single vote in order to pass a measure via fiscal reconciliation, which enables economic legislation to be passed with a simple majority.

Manchin said on Wednesday that tax reform should be the main goal of the Senate’s reconciliation package. He’s largely in agreement with most Democrats in his plan — through his corporate tax rate suggestion falls short of Biden’s and House Democrats’ preferences. Manchin isn’t the only one who’s been there: In a recent interview, Sen. Angus King (I-Maine) said that he, too, favors a 25% corporation tax rate.

Manchin also wants means-testing for as many new programs as possible, such as health care, child care, and education, as well as “specific expenditure limits on current programs” and “no further giveaways or transfer programs.” Manchin has expressed worry that Biden’s proposal might lead to creating a “entitlement society.”

Finally, as head of the Senate Energy Committee, the coal state Democrat demands that his committee have exclusive authority over any clean energy standard and that energy sources be “innovated rather than eliminated.” He’s also calling for funding for carbon capture and sequestration technologies, which collect emissions from power plants and store them underground.

RELATED ARTICLE: Biden Wants IRS To Snoop On Your Bank Accounts; Here’s Why