Brian Laundrie, Gabby Petito’s missing fiancé, and his parents did visit a Florida campground for a one-night stay in early September. Still, all three of them departed before Gabby Petito’s mother reported her missing, according to their family attorney.

Laundrie’s family lawyer, Steve Bertolino, said the three traveled to Fort De Soto Park from Sept. 6 to Sept. 7. According to NBC New York, the campsite is roughly a 64-mile drive from the huge natural reserve where the FBI and local law police searched for Laundrie. 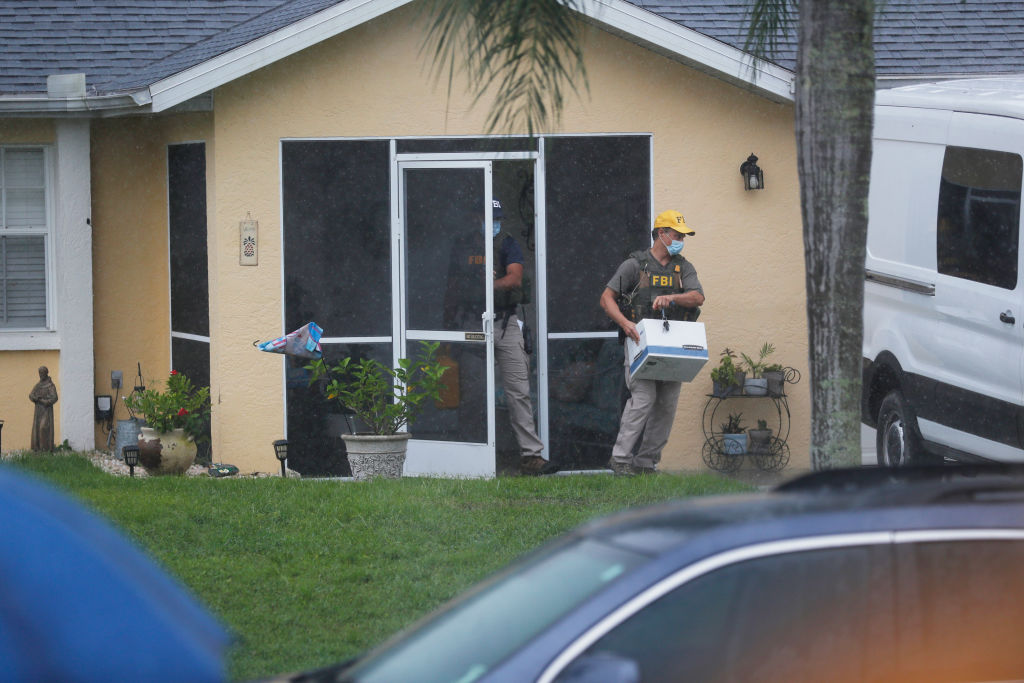 NORTH PORT, FL – SEPTEMBER 20: FBI agents begin to take away evidence from the family home of Brian Laundrie, who is a person of interest after his fiancé Gabby Petito went missing on September 20, 2021 in North Port, Florida. A body has been found by authorities in Wyoming that fits the description of Petito, who went missing while on a cross country trip with Laundrie. (Photo by Octavio Jones/Getty Images)

Then they all departed, according to Bertolino. Brian Laundrie returned to his Florida home alone six days later in the white van he and Petito had driven on their cross-country road trip.

Petito’s mother, Nichole Schmidt, reported her missing on Sept. 11, four days after the overnight camping excursion. Still, police say somebody had switched off the young woman’s cellphone since around Aug. 27.

Bertolino’s short remark came a day after Laundrie’s parents said in the reports that any notion that they helped their son get out of the home or avoid arrest was “simply wrong.”

The message was directed towards the people who had gathered outside the family’s North Port house, using a bullhorn to express their displeasure with the parents. The parents even suggested that they knew more than they were letting on. Laundrie’s parents, according to police, are still refusing to cooperate with the inquiry.

At a news conference on Long Island on Tuesday, an attorney for the Petito family stated as much, as they announced a new foundation to assist families with missing children while mourning their own loss.

Petito’s body was discovered in Wyoming’s Grand Teton National Park earlier this month, where she and Laundrie had gone. They were found more than a week after her mother reported her missing and days after Laundrie disappeared.

The young woman’s death was declared a homicide. That means someone murdered Petito. But medical examiners in Wyoming haven’t revealed how she died awaiting the findings of an autopsy. As of the most recent report, Petito’s remains were still at the county coroner’s office hundreds of miles away from her birthplace.

Her relatives announced Tuesday that Petito’s remains will be returned to her family as soon as the coroner’s office and the FBI are ready to release them. It’s unclear when that will happen.

Officials Has Yet To Charge Suspect For The “Crime”

Officials have stated that Laundrie is the FBI’s main suspect in Petito’s disappearance. However, he has yet to be charged with any charges related to it.

While there is no evidence linking Laundrie to Petito’s killing, the outstanding arrest warrant allows authorities to detain him if they locate him.

Officials asked anybody with information on Laundrie to contact the FBI, whether it is regarding his present location or any possible participation in Petito’s murder. The FBI and police have been inundated with reports of potential Laundrie sightings from as far away as Canada.