A Florida couple who tented next to the Laundrie family days after Gabby Petito’s death claims to have taken a picture with Brian Laundrie. Laundrie and his parents Christopher and Roberta landed to Fort De Soto Park in Pinellas County on September 6.

Marci and Kenny Newsom of Fort Myers told NBC2 that they arrived at the campground on the same day and slept only meters away from the Laundries at the next site. 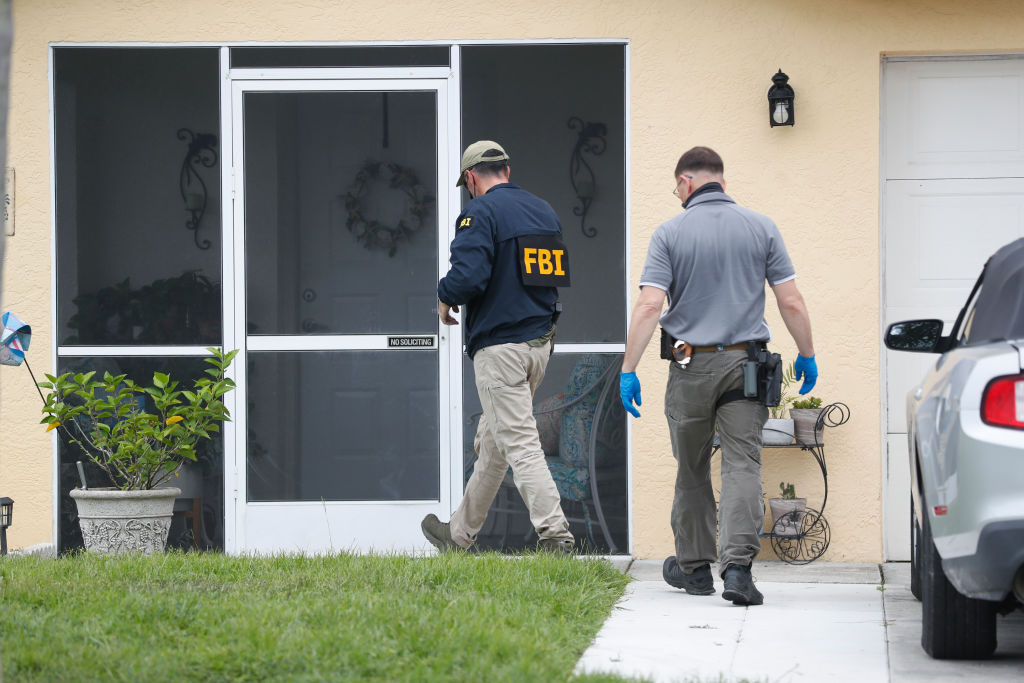 NORTH PORT, FL – SEPTEMBER 20: FBI agents collect evidence from the home of Brian Laundrie, who is a person of interest after his fiancé Gabby Petito went missing on September 20, 2021 in North Port, Florida. A body has been found by authorities in Wyoming that fits the description of Petito, who went missing while on a cross country trip with Laundrie. (Photo by Octavio Jones/Getty Images)

After going through their pictures, they discovered a guy in the backdrop strolling across a field with a close-cropped hairstyle who seems to fit Brian Laundrie’s description.

The FBI’s Denver Division, which is in charge of the hunt for Laundrie, said it couldn’t comment on the report.

“This is an ongoing investigation and we have no comment other than what is posted in our official statements,” an official told Newsday.

Steve Bertolino, the Laundrie family attorney, said Laundrie and his parents remained checked out of the campground on September 7. Although a public information request of park data indicates they departed the following day.

Marci Newsom told NBC2 that she saw the Laundrie’s red vehicle but never spoke to the family. “They kept to themselves. They were there and then they weren’t.”

Gabby Petito’s parents were frantically attempting to contact the Laundries while they were camping in Pinellas County to see if anyone knew where she was.

Nichole Schmidt, Petito’s mother, reported her missing on September 11. Her remains were discovered eight days later in Wyoming after a national search.

Dog the Bounty Hunter, Duane “Dog” Chapman, told Fox News that he got a tip that Laundrie and his parents visited the park twice, on September 1-3 and September 6-8.

He went on to say that three individuals entered the park on the second excursion, but only two people departed.

Laundrie’s parents have denied having anything to do with their son’s abduction.

Petito and Mr Laundrie visited the Fort De Soto Park in February, documenting their stay on Instagram and writing a review on the camping app The Dyrt.