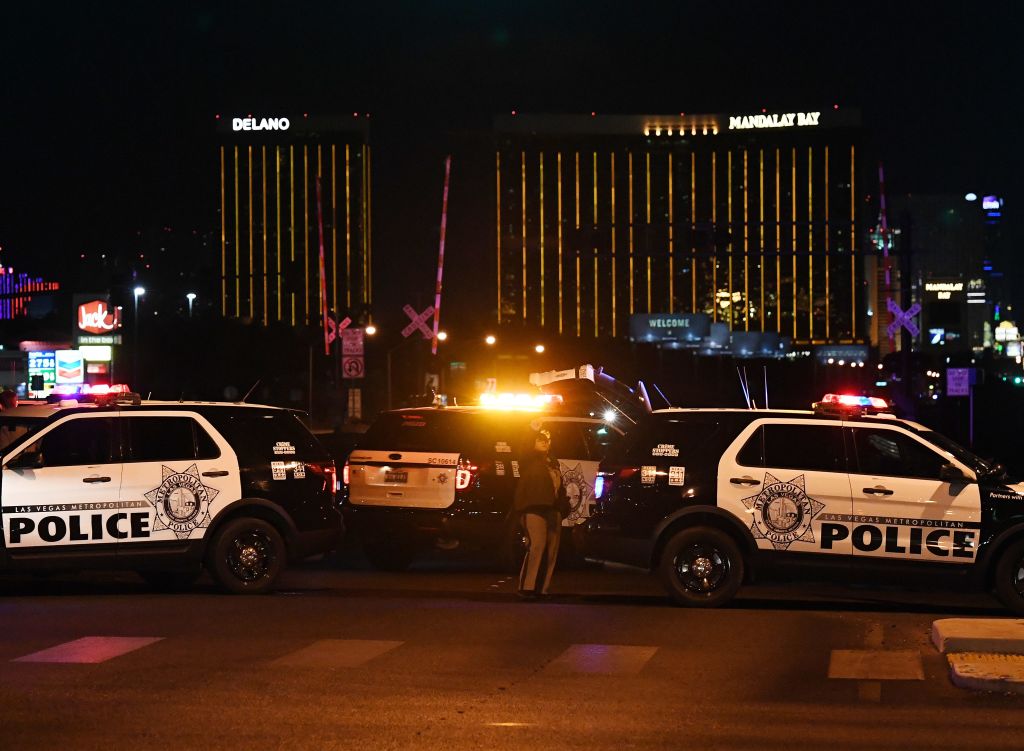 TOPSHOT - Police form a perimeter around the road leading to the Mandalay Hotel (background) after a gunman killed at least 50 people and wounded more than 200 others when he opened fire on a country music concert in Las Vegas, Nevada on October 2, 2017. - Police said the gunman, a 64-year-old local resident named as Stephen Paddock, had been killed after a SWAT team responded to reports of multiple gunfire from the 32nd floor of the Mandalay Bay, a hotel-casino next to the concert venue. (Photo by Mark RALSTON / AFP) (Photo by MARK RALSTON/AFP via Getty Images)

A suspect accused of murder in 2020 exchanged gunfire with police during a car pursuit on Sunday.

KARK said Marlo Akins, who is wanted for a murder in Little Rock, has eluded an Arkansas State Trooper early Sunday. 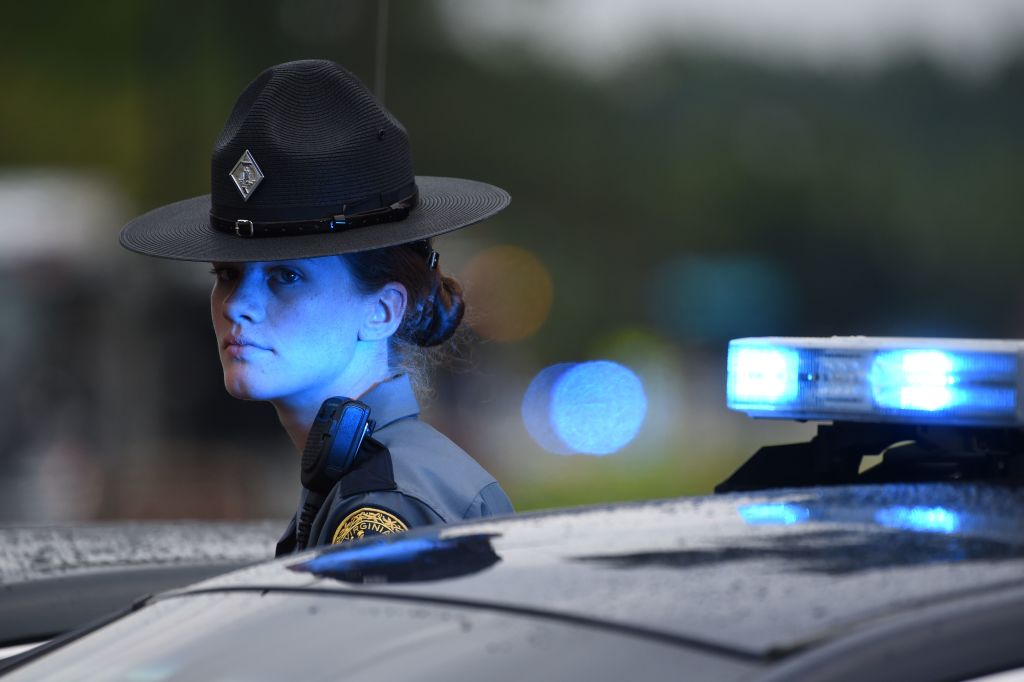 TOPSHOT – A Virginia State Trooper guards a roadblock on June 1, 2019, at the scene of the mass shooting in the Virginia Beach Municipal center in Virginia, Beach, Virginia. – A municipal employee sprayed gunfire “indiscriminately” in the government building complex on May 31, 2019, police said, killing 12 people and wounding four in the latest mass shooting to rock the US. (Photo by ERIC BARADAT/AFP via Getty Images)

When Akins refused to stop and allegedly pushed a female passenger out of the car he was driving, the trooper’s attempted traffic stop turned into a vehicle chase.

Akins is said to have fired a pistol at the following trooper afterwards.

PURSUIT AND GUNFIRE ENDS WITH ARREST IN LITTLE ROCK

A man charged in connection with a Little Rock murder last year fled from an Arkansas State Trooper early today. An attempted traffic stop by the trooper escalated to a vehicle pursuit when…. https://t.co/MmT1uJMo7K pic.twitter.com/wDE9k2OC0h

ArkLaTex said the chase started between I-30 and Geyer Springs Road at 12:23 a.m. After exchanging shots with the following trooper, Akins allegedly abandoned the vehicle near 35 Eaton Street in southwest Little Rock and escaped on foot.

State police swarmed on the scene, and Akins was apprehended four hours later.

A 9mm pistol was discovered, along with a 50-round ammo drum.

Jerika Presley, 31, told state police Criminal Investigation Division Special Agents she was pushed out of Akins’ vehicle but was not severely hurt.

Gunfire did not harm Akins or the trooper who was engaged in the chase.

Akins, 33, of Little Rock, is likely to be charged with aggravated assault, escaping, weapons possession by specified people, and committing a terroristic act, all of which are crimes.

THV11 said Akins was out on bail at the shooting after being accused last year of first-degree murder in connection with a shooting at a southwest Little Rock nightclub in June 2020.