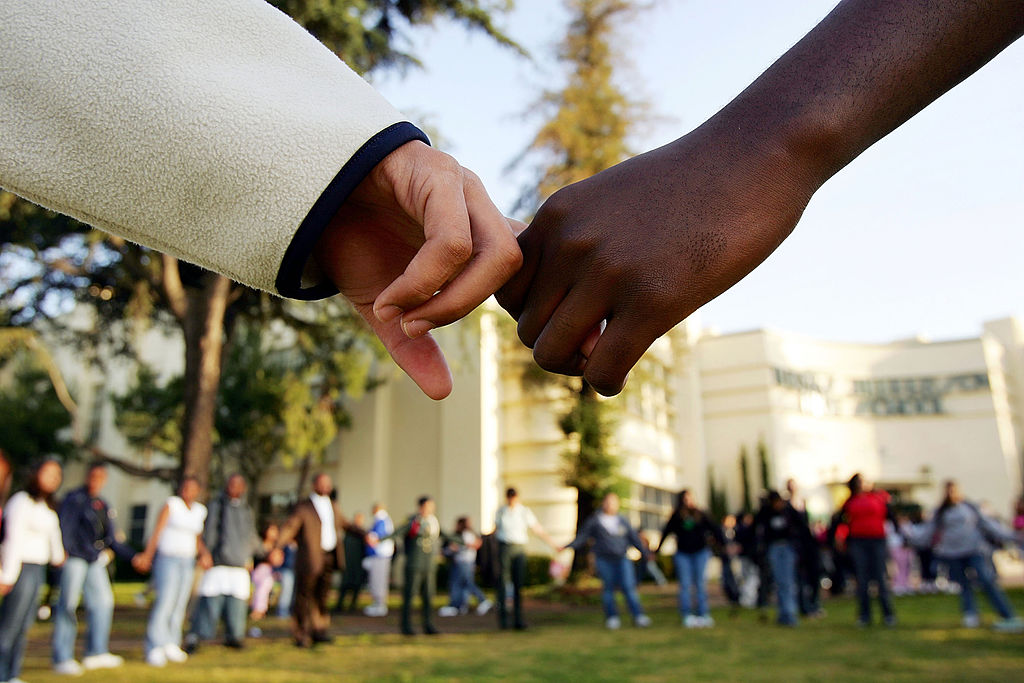 LOS ANGELES, CA - APRIL 21: Students pray in the aftermath of two apparent racially motivated student brawls at Thomas Jefferson High School April 21, 2005 in Los Angeles, California. A number of students suffered injuries this week while fleeing from a lunch period brawl involving about 200 Latino and African-American students, the second racially charged incident in less than a week. Stepped-up school police and Los Angeles police presence, strict regulation of clothing styles that could be associated with gangs, and a tightened school bell schedule that leaves little time to linger between classes are in effect to curb the violence. (Photo by David McNew/Getty Images)

An employer fired a woman after a Black man demanded him and his fiancée to remain in their “hood” while strolling their dog in a Williamsburg park.

Frederick Joseph tweeted: “At the dog park in Brooklyn with my fiancé and this white woman was threatening to call police and told us to ‘stay in our hood’ because she had our dog confused with another dog who had been barking loudly.”

At the dog park in Brooklyn with my fiancé and this white woman was threatening to call police and told us to “stay in our hood” because she had our dog confused with another dog who had been barking loudly. So, I started recording and she tried to slap the phone out my hand. pic.twitter.com/9MXwMiU3Qb

He said he then began filming, and she attempted to slap the phone from his grip.

After the alleged altercation, Joseph can be seen chatting to the lady behind the camera in the video below. The video did not get what the woman said that Joseph should “stay” in his “hood.”

In another tweet, Joseph named the woman Emma Sarley. He said she had been dismissed from the software firm Bevy. 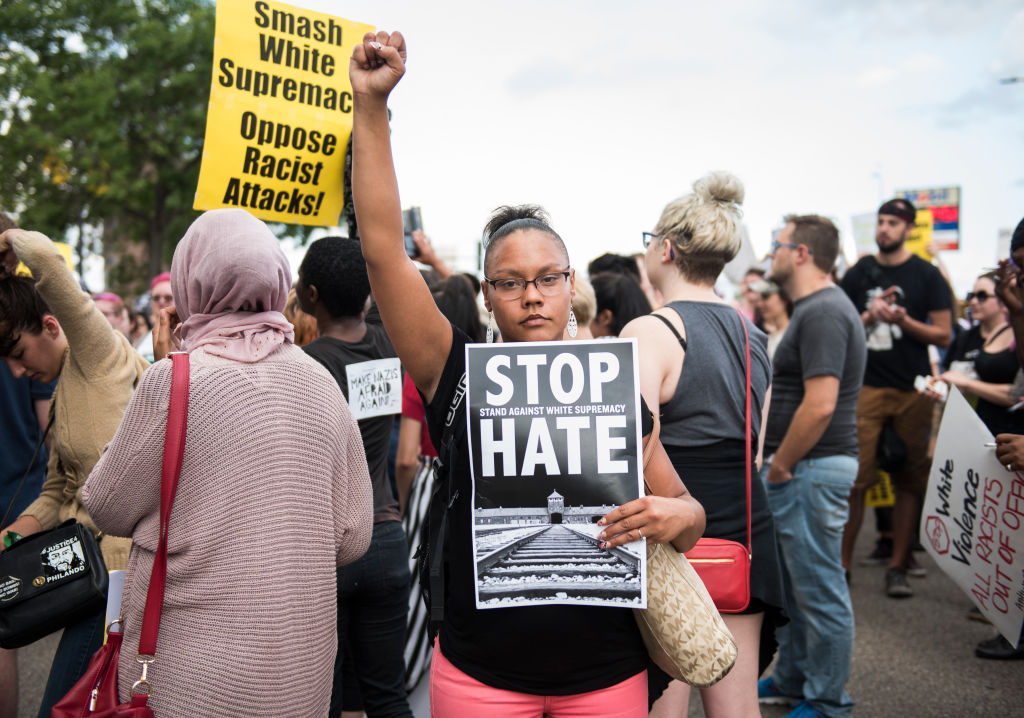 MINNEAPOLIS, MN – AUGUST 14: A woman raises her fist at the front of a march down Washington Avenue to protest racism and the violence over the weekend in Charlottesville, Virginia on August 14, 2017 in Minneapolis, Minnesota. Protesters estimated at more than 1,000 blocked streets and light rail during the action. (Photo by Stephen Maturen/Getty Images)

Derek Andersen, Bevy’s cofounder and CEO, acknowledged that one employee had been dismissed but declined to identify the individual.

.@BevyHQ has zero tolerance for discriminatory behavior of any kind. Yesterday an employee engaged in behavior contrary to our values and has been terminated. We apologize deeply to all involved.

“@BevyHQ has zero tolerance for discriminatory behavior of any kind. Yesterday an employee engaged in behavior contrary to our values and has been terminated,” he said. All parties concerned received sincere apologies from the business. Beyond that, the CEO expressed his hope that the two sides might reach an agreement, and he offered to assist if he could.

Bevy announced the appointment of Emma Sarley as an Account Executive in an August Facebook post. As of Monday, a LinkedIn page with identical material has been deleted.

Joseph accuses her of urging him to remain in the hood in a video he posted. She seemed surprised as if Joseph had told her to do it. The woman asked whether Joseph had made such remark to her.

She is also seen putting out her middle finger to him at one point. Joseph then shifts his attention to another individual. He apologized and said that the guy was observing everything. “Did she not just stand here and tell us to stay in our hood?” She did, said the guy in the video.

I’ve been told that @DerekjAndersen and @bevyhq have let go of Emma Sarley, as her racism against me and fiancé doesn’t align with their values. I hope this is a lesson in accountability and consequences for Emma and others. pic.twitter.com/vgHgmL0dCa

In a subsequent video, Joseph said that he had been informed by Bevy that the woman had been terminated. While he regrets that she had to leave her work, he thinks that this event raises an important issue of responsibility. He hopes Emma and everyone else who engages in abusive, discriminatory, or harmful conduct may learn from the experience.

RELATED ARTICLE: The Outcry After The Police Beating A Black Man