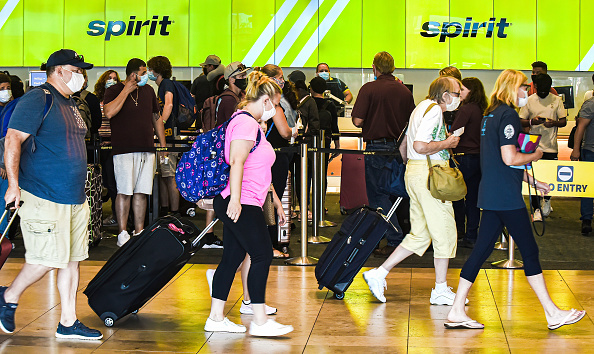 The US will reopen to air passengers from China, India, the United Kingdom, and other European countries who got COVID-19 vaccinations in early November, according to the White House, which lifted harsh pandemic-related travel restrictions imposed earlier this year.

Imposition of Travel Restrictions of the U.S.

In a recently published article in France24, the limitations were first imposed on Chinese tourists by then-President Donald Trump in January 2020 and then extended to other countries in the months that followed, with no clear criteria for how and when they would be removed.

President Joe Biden placed further travel restrictions on India in April of this year, preventing most non-US citizens from entering the country. Trump stated in January that he wanted to loosen restrictions on European countries, which Biden rejected.

Meanwhile, according to White House coronavirus response coordinator Jeff Zients, the White House plans to allow non-US individuals to travel from countries that have been barred from entering the US since early 2020 while it transitions to the new criterion.

Exceptions in the New Requirements

Officials said the vaccine ban will have certain exceptions, such as for children who are not yet eligible to be vaccinated. The new limitations do not apply to travelers crossing land borders with Mexico or Canada.

According to Zients, passengers will need to provide proof of being fully vaccinated before boarding flights to the United States, as well as confirmation of a negative COVID-19 test taken within three days. Americans who have not been fully vaccinated will only be permitted to enter if they test negative within one day of leaving.

Additionally, masks will be needed on flights heading for the United States, and airlines will provide contact tracing information to US health authorities. “This new international travel system is based on science to make Americans’ international aviation travel safe,” Zients added.

Airlines tried for months to get the restrictions lifted in time for the summer travel season, but they were unsuccessful. The White House voiced concern in July about the highly infectious coronavirus Delta variant and an uptick in COVID-19 infections in the US.

Several European countries, as well as the trade group Airlines For Europe, praised the decision to remove vaccine restrictions, saying that “this decision will give a much-needed boost to trans-Atlantic travel and tourism, and will reunite families and friends.”